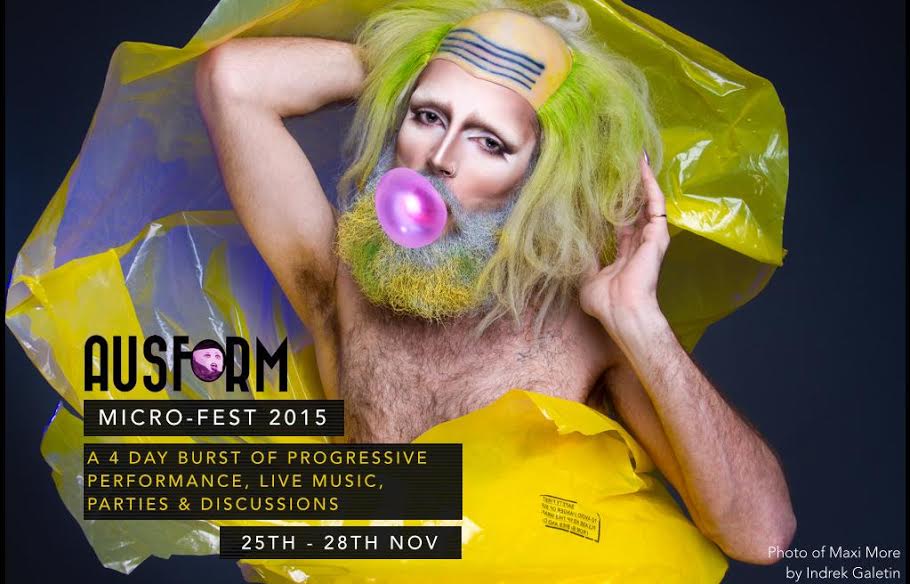 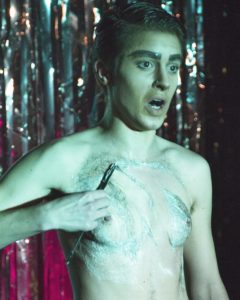 It’s an open secret that some this year’s finest cabaret acts have been seen not in supperclubs, speakeasies or variety nights but at the talent contests and festivals that have sprung up around the capital and beyond. Tronicat La Miez’s gloriously Lovecraftian routine at last May’s Hebden Bridge Burlesque Festival (her first appearance in the UK) was one that event’s highlights. In London, the sparkly Danny Beard and the otherworldly Ellis D were deserved winners of Drag Idol 2015 and The Glory’s Lipsync1000 respectively.

More recently, drag king johnsmith stormed to first place in the second heat of The Glory’s Man Up (co-judged by This Is Cabaret’s Franco Milazzo); unsurprisingly, his jaw-droppingly dark and charismatic routine which ingeniously twists gender expectations every which way propelled him to the grand prize two weeks later.

johnsmith’s alter ego Eleanor Fogg isn’t resting on her laurels, though. This week, she will be in Bristol co-curating the Ausform Micro-Fest. Between 25-28 November, the festival will feature a series of events taking a sideways look at the drag milieu and some of the art form’s more experimental proponents. We spoke to her about what the people could expect.

How did you get involved with Ausform and when did this collaboration start?

I’ve performed with Ausform twice in the past, and worked with Lina (Ausform’s founder and executive producer) both as an artist and a producer. Lina got in touch earlier in the year about the Micro-Fest because she saw a video I’d made as my drag persona, johnsmith. I think she was interested in how that work linked into a bigger scene that’s becoming more and more visible at the moment.

We talked and it grew into a collaboration to create this programme exploring some of those ideas. We decided not to use the term ‘drag’, but to open it out to look at artists who use make up, or ‘making up’, to change the world in some way.

What led to the framing of this year’s Micro-Fest?

Over the last few years I’ve been seeing a lot of work that uses make up, hyper costume and ‘drag’, and thinking about how it works and why it is so interesting for me. I’m aware of an explosion of the popularity of drag in mainstream culture through shows like RuPaul’s Drag Race, but there isn’t much discussion of what it is doing, politically or socially, and why it affects people. 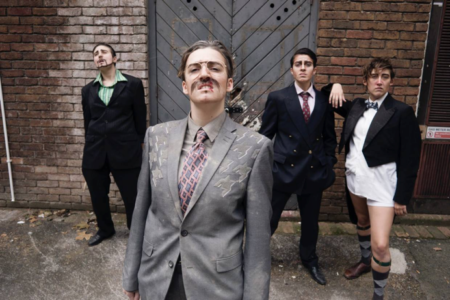 There are so many socially engaged people using these techniques for different purposes, so we decided to put together a programme of work that explores this. I hope that by putting side by side artists who loosely use ideas of ‘make up’ and ‘making up’ to change the world, each in their own way, and giving them a space to say what they want, that people who come and watch can have some ideas about why drag is so popular right now, and see its potential for social or political change.

What would you say makes Micro-Fest distinctive?

What’s unique about the Micro-Fest is its DIY feel and its commitment to risk-taking work. Ausform was set up to bring things to Bristol that haven’t been seen here before, and to create a space where artists and audiences can share new experiences. This year’s Micro-Fest is bringing political cabaret and queer punk to a cinema, high drag lip sync and dance to a converted church, a pop up community for gift giving to a gallery space, and parties all over the shop. 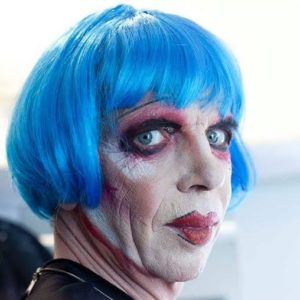 David Hoyle brings his vision of the future to Bristol with a one-off version of London hit Future Perfect, at the Cube on Thursday. Photo: Holly Revell.

We’re collaborating with artists from Bristol and further afield, collaborating with fresh faces and established artists. On one night, we have the legendary David Hoyle followed by brand new Bristol night Thorny; I can’t wait to see them both on the same stage! It is all about crossing genres and placing things in unexpected contexts.

The Micro-Fest is 25-28 November, happening across Bristol. The venues are the Island in the centre of town (our festival HUB), the amazing newly renovated church space at Trinity Centre in Old Market, and the Cube Cinema in Stokes Croft.

In your opinion why should people get involved and what are you most excited about?

It is very hard to pick just one thing but, off the top of my head, I would go for Maxi More and IMMA/MESS. They are two drag queens from the London cabaret scene who are collaborating to make a new performance just for Bristol.

I can’t wait for this for two reasons. Firstly, the pair are taking the way that they work – this highly visual and sonic experience with lip sync, dance, make up and wigs – and transposing it to a different context. And secondly, I never hear drag queens talking about why they work with these things or what it means for them and I know Maxi and IMMA both have really interesting ideas around their work, which they’ll be sharing and inviting you to discuss with them. I’m excited to bring this work to Bristol, to a new audience, to see these two performers together, and to have this space to hear their ideas. 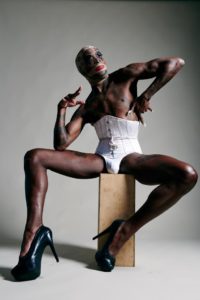 IMMA/MESS brings her beautiful/grotesque brand of drag and dance from NYC to Bristol, at Trinity Centre on Friday. Photo credit: Lee Baxter.

As for things to get involved in – for anyone interested in drag performance, we have two amazing workshops as part of the programme. Both on the Saturday – master of lip sync Foxy & Husk will be running a practical workshop on lip sync techniques and our poster girl Maxi More will be running a make up workshop in association with Beacons, Icons and Dykons. These will be great for anyone who is curious about drag, alter ego or cabaret performance.

What can people expect, are there any expectations?

Expect colour, beauty and grotesquery, live music, parties and dancing every night with DJs from Horseplay, Dirtytalk and Housework/BRSTL. Expect drag kings, drag queens, and creatures from the depths of the lagoon. Most of all, expect to be entertained and not bored, but come with an open mind, because someone might just change it.

Tickets for Ausform events start from £5. You can see Thorny and David Hoyle for just £12, and the Micro-Fest pass, including all performances and workshops, is £35.

For information and tickets to all shows, visit: http://www.brownpapertickets.com/producer/460319

This article is based on an interview originally published by Sophie Turner on TheatreBristol.net.