Cabaret on Commission: Masochism on a Deadline 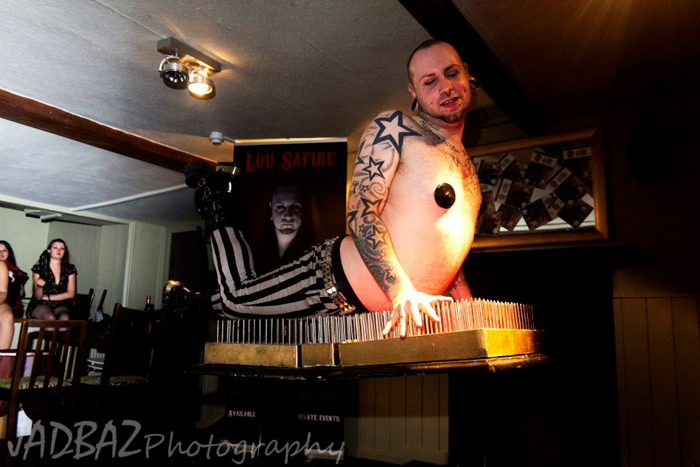 Tension, restrictions and deadlines. Why do variety artists like to create acts on commission? Hula Hoop performer Daisy Black takes a look at the challenges and rewards that a pre-determined premise has brought to her and to other cabarati.

Creating a routine is hard. The gestation can be long, the labour chaotic. Devising an act on commission comes with its own set of challenges, but also perks, as nine other vaudevillians and I prepare new routines for Cabaret Roulette, an upcoming revue made entirely of new acts. 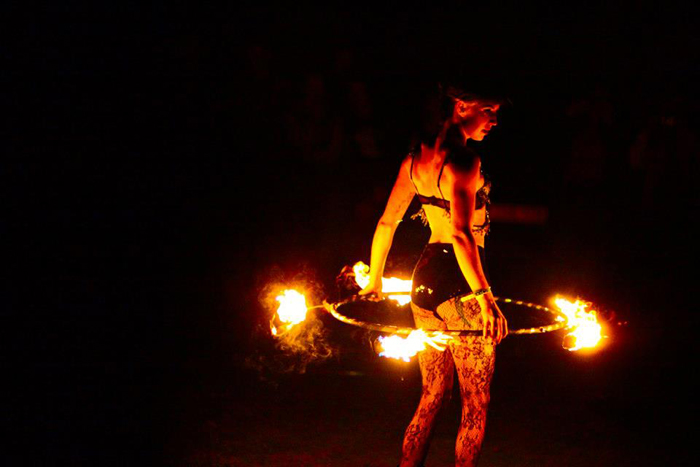 There are inherent risks. Will the reality match what you had envisaged? What if you invest time and money into it only to have somebody tell you that so-and-so already does an act with a banana/giant squid/telephone, or based on the Holy Trinity/Devil/evolution? Do you return to the drawing board, or do you continue to develop your act in the knowledge that you will wield your banana with your own individual banana-wielding style?

For the inaugural show of Cabaret Roulette, producer Vivacity Bliss asked ten performers to create individual acts based on the theme of the Apocalypse. Rather than shying away from the additional restriction, the artists welcomed the challenge. Why might this be?

“Having a themed guideline will give me and my fellow performers a chance to be fresh and fabulous in a routine, theme or style we may not have chosen for ourselves otherwise,” says burlesquer Rubyyy Jones. Commissions encourage you to think more innovatively about your approach. They give you full rein to expand on ideas that may have been on the back burner for some time, waiting for the right impetus.

It engages not only the creative part of my brain, but also the part that revels in a dare. What at first appears restrictive, blossoms into a myriad of interpretations. Mister Mistress, for instance, has choreographed three different versions of his number to suit different choices of soundtrack. An overabundance of ideas is a common symptom. Which one should you be monogamous to?

It also breeds more self-doubt than usual. Is the material too obscure? Not obscure enough? I changed tack entirely about three weeks into the creation of my routine, after hearing a piece of music that conjured up a whole new concept.

The added challenge of a deadline adds another stimulus. “I like the sound they make as they whoosh by,” said Douglas Adams once. But it’s surprising what you can create under pressure. It’s fight or flight.

At first glance, an entire show based on a theme risks repetition: sit through four consecutive fan dances and, no matter how skilled the performers are, it starts to drag. A single premise, though, puts the focus back on the telling, the endless and potentially disparate variations on a theme. It’s a challenge to stand out. To that effect, the artists on the bill are a a contrasting bunch, purposefully. In addition to Rubyyy Jones’s singing comic burlesque and the “queerlesque” Mister Mistress, the first Cabaret Roulette will feature belly dancer Chilli Blush, classic chanteuse Anna Larkin and slapstick comedy by Vivi Mae, among others.

Other the Apocalypse as a theme, the only restrictions were the two months given for preparation and a time limit of six minutes or less for the finished routines. In future shows, the public will pick the theme. This interesting dynamic of audience control also means the crowd will be more vested in coming back to see the results of their decree.

“Cabaret Roulette is pushing people out of their comfort zones,” says compère Rubyyy Jones. “Performers have to put it all on the line, sink or swim. We are a masochistic bunch.” What better theme to begin, then, than the End?

Nevermind the Mayans: the Apocalypse begins on November 14th with the debut of Cabaret Roulette at Madame Jojo’s, hosted by Rubyyy Jones. See www.madamejojos.com for tickets and details.