Cabaret Community Goes Online And On The Streets To #SaveJojos 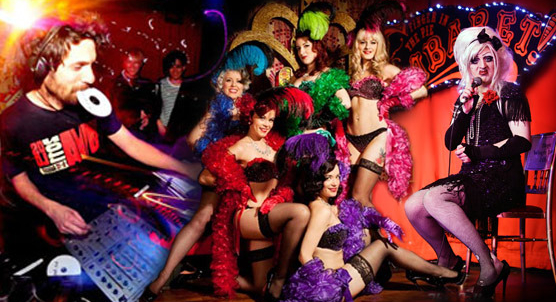 An online petition to save the Soho venue has already garnered around six thousand signatures.

Last Friday. it was officially confirmed that Madame Jojo’s licence to thrill had been revoked by Westminster Council. The repercussions from a night of baseball bats and flying glass bottles mean that one of Soho’s iconic venues now faces closure and probable redevelopment by owners Soho Estates.

This inevitably leaves the fate of many of its regular shows up in the air, not least Tranny Shack, Cabaret Roulette, Finger In The Pie, Magic Night, House of Burlesque and The Folly Mixtures.

Members of the cabaret community have rallied around to campaign for Westminster Council to change their minds. Finger In The Pie producer Alexander Parsonage, supported by performer Abigail O’Neill and others, has started an online petition which currently stands at over six thousand signatures. That’s enough to fill the venue thirty times over.

As well as the petition, a peace vigil will be held this weekend. Originally planned for tonight (Thursday), it is now being held this Saturday at 1230pm. The New Orleans-style funeral procession will start at Greek Street and walk past the current offices of Soho Estates. From there, it will go onto Old Compton Street and then Madame Jojo’s where a wreath will be laid at the doors.

They have also penned an open letter to Tim Mitchell, the Westminster Council official who sanctioned the Brewer Street venue’s closure.

“I am writing to you about the councils decision to revoke the licence of Madame JoJo’s on Brewer Street in London.

“Madame JoJo’s has been the jewel in the crown of Soho’s vibrant, quirky night-life for more than half a century. By revoking it’s licence you will irrevocably diminish the unique character of this area: an area which has already seen a wave of devastating blandification.

“For over 400 years Soho has been the place where the poor artists, musicians and idealists of east London met the rich and glittering residents of the west. It’s the beating heart of London, it’s where artists are inspired, where dreams are realised, a mecca for young pioneers, romantics and bohemians. Now, all of this is a risk as we see once proud centres of subculture be turned into identikit high end boutiques, chain restaurants and residential developments.

“We, the community, feel it’s our responsibility to ensure this does not happen. It falls to us now, as it has fallen to those who have loved these streets in the past, to save Soho. Please help us save the character of Soho by protecting the Madame JoJos site by making sure it can re-open as a centre for alternative club culture, live music, cabaret and burlesque.”

More information on the petition and the vigil can be found here. Tweeters can follow the action through the hashtag #savejojos.