Burlesque Queen Immodesty Blaize Returns To The UK Next Month 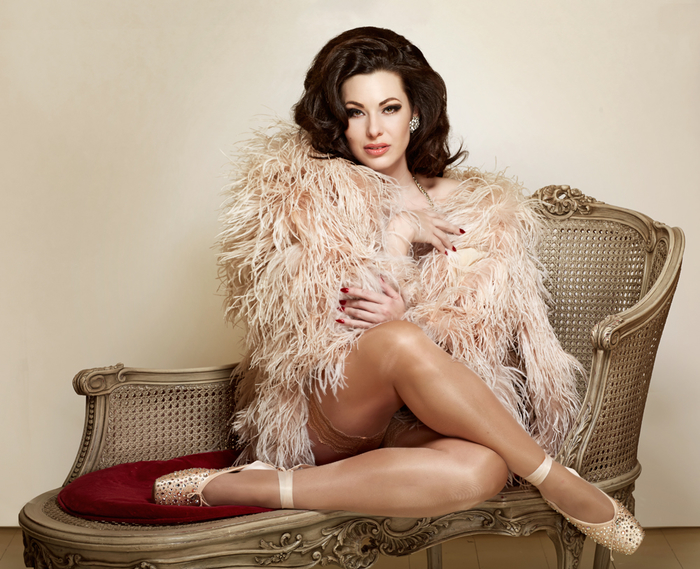 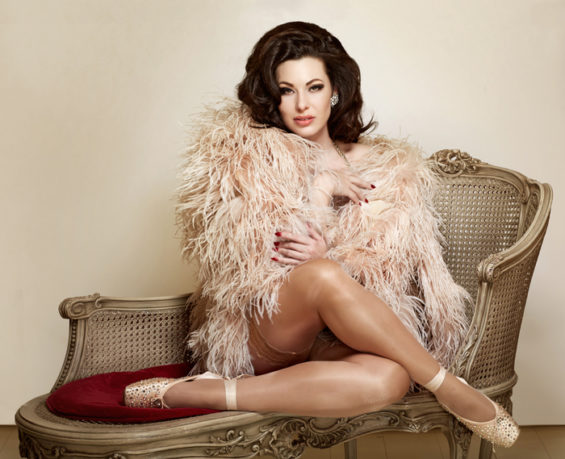 Immodesty Blaize: “Have commitment, be unique, authenticity shines through.”

In 2007, British performer Immodesty Blaize was crowned Reigning Queen of Burlesque in June 2007 at the Las Vegas Burlesque Hall of Fame, a position seen by many in the industry as the pinnacle of the profession. Since then, she has signed to EMI, produced an internationally-screened documentary and danced across stages in Europe, North America and the Far East. She has debated at the Oxford Union, stripped on prime time TV for Paul O’Grady and written a pair of novels called Ambition and Tease.

On August 2ndBlaize makes her long-awaited return to the UK at the Brighton Emporium. I spoke to her as she prepared for the show.

How did the name Immodesty Blaize come about?

Just a chance comment, the name stuck. If I’d known I would end up having a career in burlesque I think I’d have chosen a shorter easier name.

You have performed in a huge amount of places. Do you still get nervous about going on stage?

After 15 years there’s definitely no stage fright, but it’s important to have some kind of nervous anticipation as it means you care about the performance. It also gives you the adrenalin to give a great performance and to enjoy it to the full. So the day I have no butterflies I’ll have lost the passion so I’ll put away the pasties.

What are your biggest inspirations and why?

I’m an art geek, so all kinds of art, cinema, music, literature, travel, all the rich textures of culture. Sometimes the oddest things will spark an idea. I love exploring and travelling. There’s a world of raw material out there to make something fabulous and unique.

What advice would you give to a girl (or guy) reading this interested in getting into this industry?

Have commitment, be unique, authenticity shines through. Be prepared to work hard for a long time, and remember to have fun. Also know there’s a difference between the scene and the industry.

Your recent injury has meant you had to cancel your tour as you have been unable to perform for 4 months. You will be doing your first UK performance since the injury in Brighton this July, tell us a little about this show?

I was asked to headline the ICONS at The Emporium show this year to coincide with Brighton Pride Arts Festival, and I was delighted to accept as I love Brighton, and Pride is something I’ve always supported – I headlined the London Pride closing party at Astoria in 2005 with the cast of my West End show including our MC, Murray Hill from New York. It was an amazing night, my horse was winched into the building as people queued round the block –  the crowd screamed the house down, the front row were throwing fresh roses and E’s at my dance troupe and my pasties nearly slipped off from the heat, the atmosphere was unbelievable.

This event for Brighton is a little different as the venue is a bijou renovated theatre. They are planning a very champagne-chic experience for the guests and I am told it’s an extremely camp venue. So I’ll be filling the stage with something suitably camp too including a number that I’ve never performed in UK.

Do you have any other UK shows planned?

Yes! Straight after Brighton, I am headlining Strictly Burlesque. Running from 15-17 August in Bournemouth, it is a fantastic new show directed by Alan Blackburn. I am very excited to work with his team, and to perform a few new things I’ve not done in ticketed shows in UK before. The talent on stage is immense, and one of their speciality acts guest stars a TOWIE cast member. Yes, you heard right, Harry Derbridge is an accomplished tap dancer! Who knew?

I’m a big fan of the tap tradition; I had Steve Clark of the World Famous Clark Brothers in my first Tease Show. I feel sometimes it’s a dying art so I’m looking forward to seeing Harry’s number live on stage. It’s quite an extravaganza that the team are working on; a feather filled camp-fest, and I think everyone knows how much I like extravaganzas. I’ll certainly be ramping up the voltage for my numbers, I can’t wait.

Tickets for Immodesty Blaize’s Brighton show Icon on 2 August can be bought here.

Want to catch up on who is the latest Reigning Queen of Burlesque? We have details of all the winners of this year’s Burlesque Hall Of Fame.