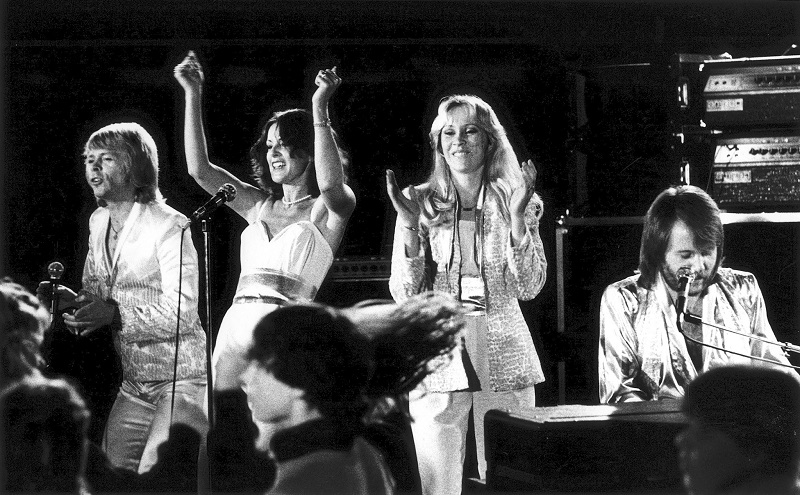 Here in TIC Towers, we have an unashamedly deep passion for the Eurovision Song Contest (and its cooler sister, Alternative Eurovision). You can imagine how wide the smiles on our faces got when we found out that ABBA, the eternal kings and queens of that annual event, will be the subject of a new guided exhibition later this year at the Southbank Centre.

Named after probably the most famous song ever about a spotlight, ABBA: Super Troupers will look at the works of the Seventies superstars and their modern legacy. Their rise to fame will be recreated through handwritten notes and sketches, personal photographs, music and instruments, as well as album artwork, photography and film by notable collaborators such as film director Lasse Hallström who was behind the lens for ABBA’s Super Troupers video (which didn’t actually feature a Super Trouper).

Tickets are £15-£25 and will go on sale through the Southbank Centre website to Southbank Centre Members and Supporters Circles on Tuesday 4 July and to the general public on Thursday 6 July.

Southbank Centre and Entertainment Exhibitions International AB, in association with ABBA The Museum in Stockholm bring to life the world of chart-topping Swedish pop sensation ABBA in a brand new, immersive exhibition that charts their music, lyrics, creative process, and irrefutable influence as one of the most iconic pop bands of the modern age. ABBA: Super Troupers opens to the public on Thursday 14 December 2017.

Against the backdrop of 1970s Britain – a financial crisis, a wave of strikes and a three day working week – and a vastly changing world, ABBA infiltrated the popular consciousness with their optimism and dominated the airwaves with their seemingly carefree pop. ABBA: Super Troupers goes beyond the surface to examine the serious stories behind the unforgettable lyrics and tunes, the band’s innovative multi-layered sound, their pioneering approach to the music video and the influence of their unique styling on successive generations.

Objects from ABBA The Museum and private archives will be brought together in the UK for the first time, charting the success of the global pop sensation from their individual careers to their Eurovision Song Contest win and subsequent international stardom, as they topped the charts worldwide from 1974 to 1982.

Theatrical backdrops recreate some of the most significant events from their heyday – including a hotel room, music studio and the disco – and provide context to the evolution of their creative process and their enduring appeal, from the Mamma Mia! phenomenon to their multi-million record sales worldwide.

“We are thrilled to be supporting the new exhibition ABBA: Super Troupers in London, especially since ABBA have always been very appreciative of the love and support shown to us by our fans in the UK. We are so excited that the exhibition is taking place at the Southbank Centre, which is just a few short steps away from Waterloo – this connection brings to mind very happy memories of the song that started our great success in Britain!”

“Since our songs, which were written in the 70s, are still being played today it’s particularly interesting that the Southbank Centre exhibition is placing them in the temporal context in which they were created. We recorded Mamma Mia in 1975. What happened that year in the UK and in the world? One thing is for certain – it seems unbelievably long ago!”

“ABBA’s music, image and personal stories have the remarkable ability to transcend time, place and generations, and still continue to reach millions of people worldwide. We’re very pleased to take this opportunity to shed new light on these cultural icons, and explore why they remain so enduring in their appeal across the globe. We’re delighted to be joining forces with EEI in association with ABBA The Museum to bring unexplored archives to life, and to pay respect to ABBA and their extraordinary place in pop culture history.”