Review: Britney Spears The Cabaret, The Other Palace 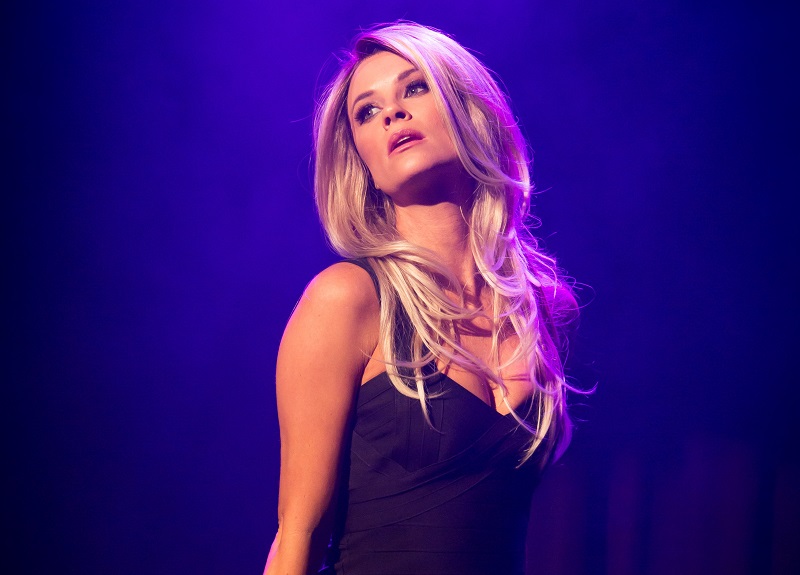 We all remember Britney Spears, right? Last generation’s Taylor Swift who righteously rocked a schoolgirl outfit before going so far off the rails that even NASA lost track?

Using the hits and stories we all know about (and the ones we don’t), Christie Whelan Browne pushes past the chiaroscuro caricature painted by the tabloids to show the darker side to this pop princess’ story. Oh, and forget about looking at Justin Timberlake or his fingers in quite the same way ever again. That is never going to happen.

While the easier option may be to have gone for an all-singing, all-dancing, all-hits show, Britney Spears: The Cabaret instead takes a deep dive into all aspects of the back history from her earliest days on stage, through her jungle of a love life and the cost of becoming one of the most famous women of her era.

As a cabaret, this is a funny one in both senses. While most songbook cabaret shows tend to revolve around stories told in the second person, this one is peculiarly structured as a first-person biography while being a world away from character comedy. Whelan Browne mines plenty of humour from Spear’s goofy demeanour, giving the impression of someone whose emotional development was arrested around her mid-teens. Which, perhaps, it was.

Britney may generally come across as not the sharpest knife in the cutlery drawer but there’s more than a few sparks of insight and philosophical musings into a life lived under the microscope. Even in an age which pre-dated Twitter and Facebook, her movements were constantly tracked by journalists. She perfectly describes the love/hate relationship, calling paparazzi “parasites” but ones that keep her (and her career, celebrity and, hence, her relevance) alive.

Britney is still alive and well, making music and causing political strife, but there’s a funereal feeling at times here. That’s possibly because the various vignettes capture the essence of someone who, for better or worse, grew up in front of the world’s eyes and, if you go just by what the redtops have to say, has been in terminal personal decline for over a decade. Where this show excels is in its more poignant material which sheds light on Spears’ complicated life. There’s plenty about her travails as a wife and mother but one of the hardest hitting tales focuses on when she was dating Justin Timberlake. One night, he snuck aboard her tour bus so they could spend some time together. As he was leaving, he held his fingers up to a security guard’s nose and said, “that’s the smell of Britney Spears.”

Musically, there’s very little to fault here and much to praise. Aided by Mathew Franke on the piano, Whelan Browne lends her resonant voice to the acoustic arrangements of Toxic, Baby Hit Me One More Time and Not A Girl, Not Yet A Woman that are a thousand times more intimate and interesting than the original versions and allow her to breathe new life and meaning into lyrics that bear more than a second glance in the context of her subject’s troubled life.

This is what songbook cabaret should be all about: pushing past the boundaries of theatre and song to create a funny, affecting and supremely compelling portrayal of an artist whose real life was nine-tenths below the surface of the headlines. Whether you’re a connoisseur of her works, a casual fan or even someone who would salt the very earth she walked on, there is plenty to enjoy and engage with in this beautifully confident and evocative show.

Britney Spears: The Cabaret is on a very short run until 9 September at The Other Palace.