In His Words: Singer Tomás Ford Talks Us Through His Electric Cabaret 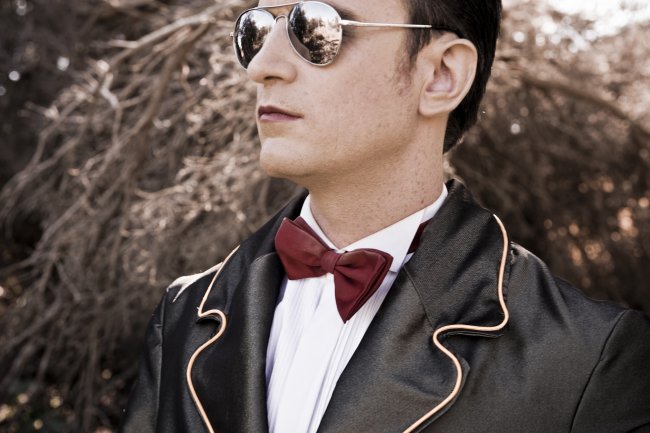 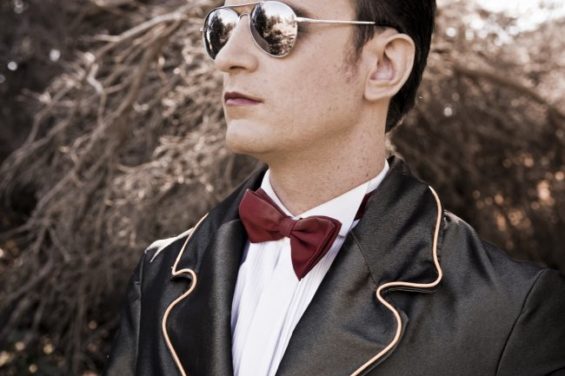 Tomás Ford’s Electric Cabaret can be experienced at the Bethnal Green Working Men’s Club this Sunday.

Tomás Ford, one of the highlights of last year’s Edinburgh Fringe, is coming to London this weekend to lay his Electric Cabaret on us good folk. This Sunday, the Australian singer will be appearing at the Bethnal Green Working Men’s Club before heading off to Dublin to continue his tour.

This latest electro-disco hero has built up quite a following but for those new to his work or want to know more about him and his repertoire without risking an arrest for stalking, here he gives us the lowdown on his hits and not a little insight into how he got to where he is today.

Vice It’s hard to predict which songs are going to connect in shows – this was a big surprise in Electric Cabaret. Everybody bugged me about it so much that I put it out as a single earlier this year.  It’s one of the only times in the show when people have a second to relax into what I’m singing without worrying about the side-effects of taking their eyes off me.

I Feel DirtyI came to the cabaret world after years of touring shitty Australian pubs, music festivals and punk rock rooms. This song was written before I attained a drivers’ license and would catch late trains home from Perth’s dive bars, with my electronic equipment piled into multiple wheelie-suitcases. The video clip is probably the best I’ve been involved in, an insane amount of visual effects went into it.

NiceThis was the first song I wrote for the Electric Cabaret cycle of songs; I’d been running my voice raw, playing around with provocation in bratty punk rock ways. The chorus kept that flavour going (it’s fun to be immature), but I finally found the vocal space I wanted to shift to with this song. It also helped me hone the audience obsession at the core of Electric Cabaret; where before I’d wanted to tell stories in my songs, my songwriting became blunter and more about what happens in the moment of my shows. I don’t want to lose my audience’s concentration in some fantasy world. I want them right there in the room with me.

‘Til Death Do Us Part (with Ze!)Ze! is a Malaysian pop idol who I met at a music conference a few years ago. I’ve actually just stopped by Kuala Lumpur to do some filming with her for my new show, but this happened when we decided to team up to play some totally mental double-bill shows around Australia. I’ve collaborated with and remixed just about every kind of act you can imagine, from prog-metal to lofi rappers; it always points the way to new ideas. On this track, we wanted to create a pop song that felt like a soap opera. It gets dramatic.

LoudspeekaI do a party called Crap Music Rave Party – I’m doing one in Brighton on the 9th at the Marlbrough Theatre, and it’ll be on from midnight ’til dawn every weekend in Edinburgh. I’m a request DJ who only accepts bad requests. These are massive parties in Australia – so this is my contribution to dated pop music, it’s my ’90s rave-pop jam, replete with Scooter-style rap. It’s avaliable as a cassingle. I was perhaps twenty or so years too late to have a smash hit cassette. But it sure looks pretty.

Bash MyselfA lot of my videos feature multiple Tomáses tormenting each other; I guess that because so many of the songs I’ve put out have been written in that weird head space after I come off stage, full of recrimination and uncontrollable adrenaline-fed emotional roller coasters. I present a pretty intense persona onstage, but it’s pretty much just me with the brakes off. This number is the sound of me crashing.

More information on Tomás Ford’s show this Sunday can be found through his own website or the Bethnal Green Working Men’s Club website. Tickets are £7.50+booking fee online through TicketTailor.