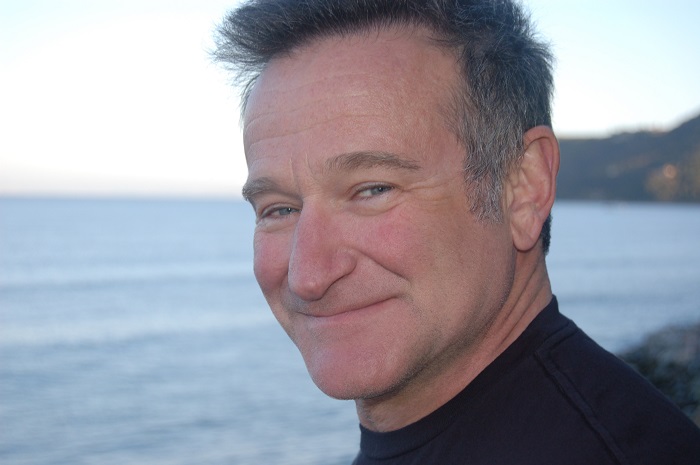 US comedian and actor Robin Williams was found dead at around noon on Monday. Local police have confirmed that the 63-year-old hanged himself in his California home.

His passing has left many numbed and shocked. Over the last four decades, he has portrayed the archetypal clown, the fish out of water whose antics were rarely less than hilarious or heartfelt. He bought a sense of childlike wonder to his roles that belied his dark life outside of the studios and comedy venues.

Compere and singer Reuben Kaye has eloquently summed up many of the sentiments being expressed around the world:

“Vale Robin Williams, an utter loss and tragedy. The influence you had on my life and my performances (and will continue to have) will last forever. You gave us all so much and taught us an immeasurable amount and I loved you for it. Your sublime timing, instinct, talent and skill is unparalleled. You were a clown of the highest order. The modern day jester. And in this world we need clowns more and more everyday to provide us the haven we all seek. Your parodies, impressions, one liners, physical comedy, even tragedy and pathos were all done with love and for love. A comedian searches for laughs and attention to validate…An approval fix. How wonderfully ironic and beautiful that in the search for your fix you gave us ours. To lose such a sublime clown is heartbreaking. Laughter is the voice of reason, release and healing. And all we can do is remember you with laughter and if we cry then let us cry with tears of laughter.”

Our condolences go to Williams’ wife, his three children and his friends who will no doubt feel his absence keenest. We hope that, wherever he is now, that he is at peace. Goodnight Mrs Doubtfire. Goodnight Mork. Goodnight Genie. Goodnight Armand Goldman. Goodnight Adrian Cronauer. Goodnight John Keating. Goodnight Sean Maguire. Goodnight Parry. And goodnight Peter Pan. We have no more words except those of Williams himself (and a few he borrowed). 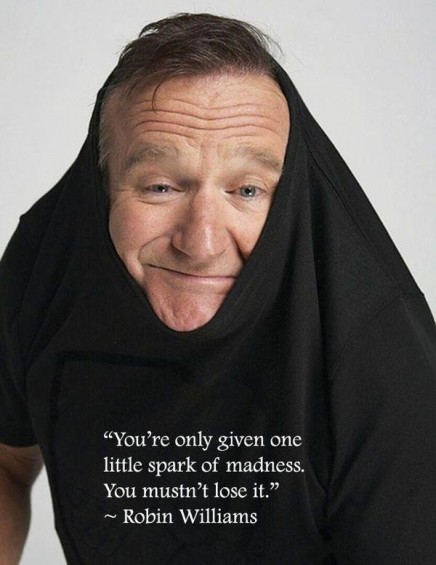 “I left school and couldn’t find acting work, so I started going to clubs where you could do stand-up. I’ve always improvised, and stand-up was this great release. All of a sudden, it was just me and the audience.”

“See, the problem is that God gives men a brain and a penis, and only enough blood to run one at a time.”

(On creating) “And you get that little endorphin buzz, it’s great. Why do you think Einstein looked like that? I don’t think he was going “You know this is some dynamite weed! It’s all relative you know.” 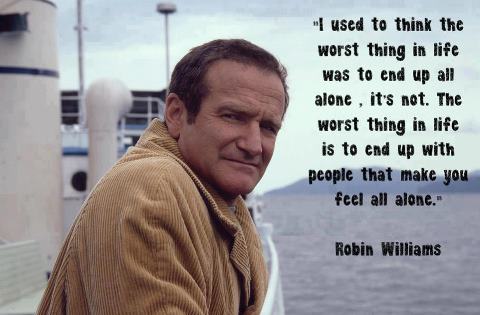 “You will have bad times, but they will always wake you up to the stuff you weren’t paying attention to.”

“Never pick a fight with an ugly person, they’ve got nothing to lose.” 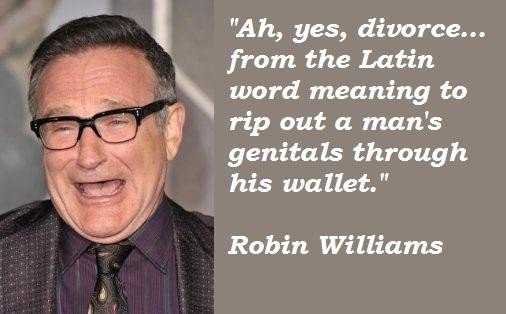 “No matter what people tell you, words and ideas can change the world.”

“Reality is just a crutch for people who can’t handle drugs.”

“Cricket is basically baseball on valium.”

With thanks to Reuben Kaye for the use of his words.