Wake Up and Smell the Impending Apocalypse 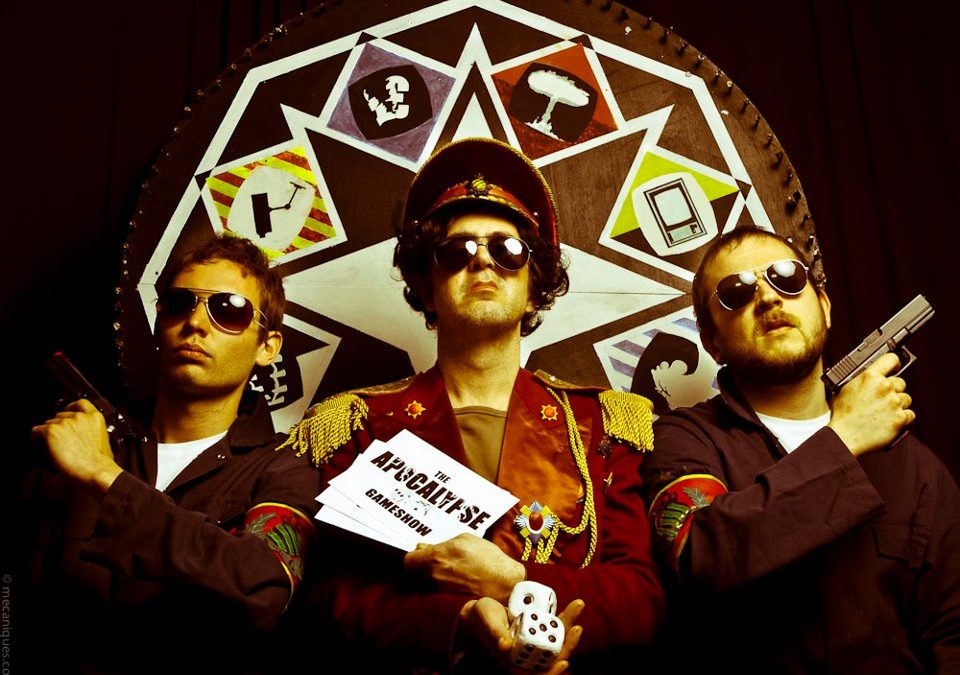 There’s no time to waste with frivolities like privacy in the shadow of an impending apocalypse. Bohemian accordionista Tom Baker reveals his secret identity in a desperate bid to save the planet. Meet Dex Sinister, prophet of catastrophe, monomaniac and host of The Apocalypse Gameshow. 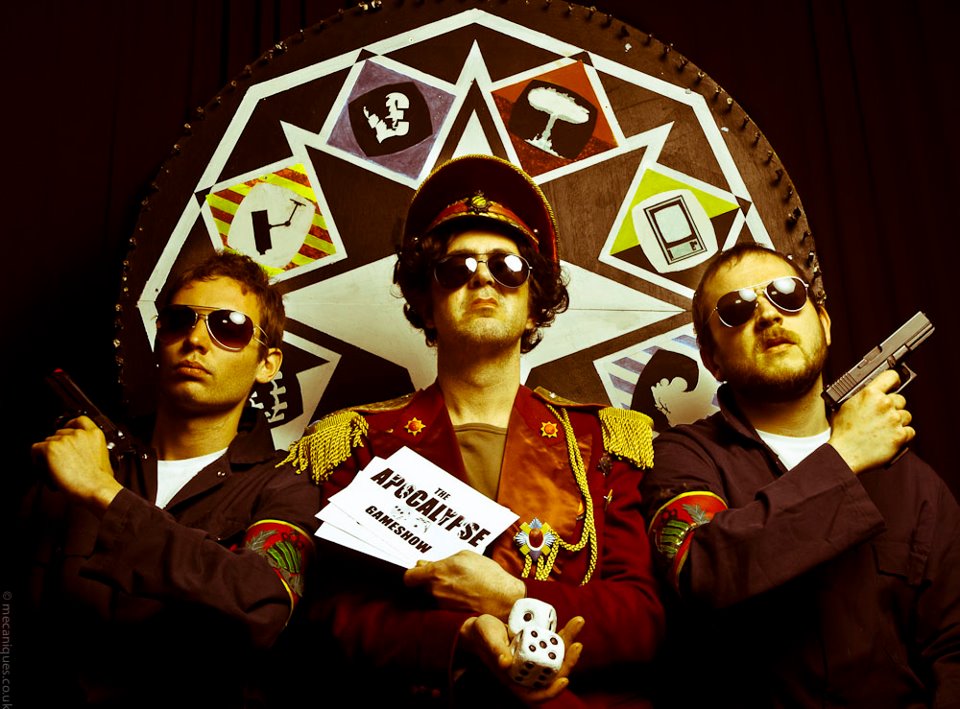 “The world ends tomorrow and YOU MAY DIE!”
–JR “Bob” Dobbs

Some of us are actively engaged in preparing for the end of the world. However, it is alarming to think that a huge swathe of folk out there have little concept of how many things could go catastrophically wrong. Any day now, we could find ourselves plunged into a nightmarish post-apocalyptic scenario, fighting to the death over the last few cans of rancid dog food, or defending ourselves from our neighbours with nothing more than a rolled-up copy of Heat magazine and a couple of heavy saucepans.

With the US summer drought hitting grain production hard, the signs of a global food crisis are ever clearer. It’s increasingly evident that the banks and food corporations are manipulating scarcity for profit. But according to David Icke, this is only the tip of the iceberg: a secret elite of shape-shifting lizardoids are in fact the true puppet masters ruling us all. They are disguised as heads of state, working slowly but surely behind the scenes to bring us into a global super-state of techno-fascism. 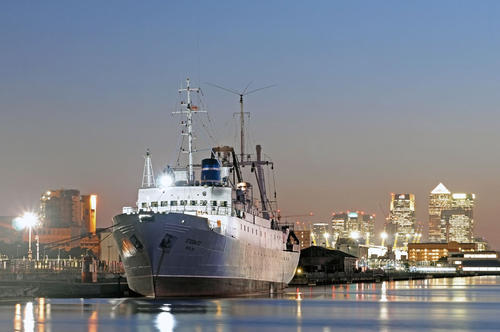 MS Stubnitz: no safer place to prepare for the apocalypse than a Cold-War-era German ship

They feed masses spectacles such as Prince Harry cavorting in a Vegas hotel suite, Vladimir Putin in a monoplane guiding migrating cranes and Simon Cowell’s nervous breakdown. Their aim is to distract us from our rights being eroded, in the form of the Communications Data Bill, which will allow the government to snoop unrestrictedly on our emails, and, the true nature of the War on Terror. The US is attacking civilians with drones, the Curiosity rover is censoring its photos of life on Mars, while none of us ever hears the truth about the secret bases on the Moon. Which is an artificial satellite.

If all of this seems a bit far-fetched, you’ve not reached the healthy level of informed paranoia I’ve managed to achieve through dedication and lack of sleep. To quote the late, great Ken Campbell: “I’m not mad, arsehole, I’ve just read different books.”

However you feel about all this, it would be foolish not to make preparations for the end times. Even the Department of Homeland Security, only last week, urged US citizens to prepare for a Zombie Apocalypse (allegedly as an exercise to ready them for other disasters, but I can read between the lines). In backwoods farms and suburban homes across the USA “doomsday preppers” are laying in supplies, digging bunkers and stockpiling ammunition against the possibility of pandemics, economic meltdown and nuclear attacks. In the UK we tend to be a little more sceptical, but I’m here to tell you it’s time to wake up, tool up and start hoarding.

Want to prepare for the end of times in a flood- and earthquake-proof venue? Head down to the Royal Victoria Dock and board legendary East German party boat MS Stubnitz for The Apocalypse Gameshow, on September 29th-30th and October 6th-7th, 19:30. See apocalypsegameshow.com for details and tickets.