Video Of The Week: Mr B’s Hip-Hop Was To Blame After All 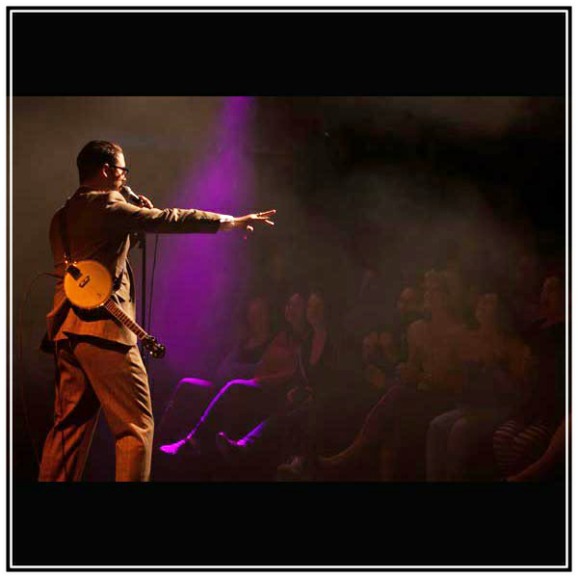 It seems that chap-hop singer Mr B The Gentleman Rhymer is more than disillusioned with the state of modern hip-hop: he’s mad as hell and, verily, will take this no more.

While many a protestor would take to the streets, write to the press or create an online ruckus, the canny Mr B has done all three. He kindly dropped into our inbox the below video in which he gives it to hip-hop with both barrels and a banjolele.  Filmed around New York, the usually mild-mannered troubadour takes no prisoners with lines like “Hip-hop decided that misogyny and greed would be the sorts of things that America would need” and “Hip-hop is a $40 billion dollar industry so all the ghettos now live in ‘prosperity’.”

Speaking to Mr B about the video, the passion he feels is unmistakable: “I think we have a generation coming through who have never known music, video or events which aren’t sponsored by large companies only interested in the bottom line and grabbing their cash. I hope this will tell a little story of how something can begin from nowhere and take over the world, only to be twisted to the benefit of a few people who don’t care about it.”

He’s busy working now on his next longplayer Can’t Stop Shan’t Stop but he’ll be out and about around the UK in a bewildering array of venues and events: later this year he will be seen at Wembley Stadium twice (the League Cup final and England vs Denmark) and as part of the One Night Stanshall on 8 April, a tribute to Vivian Stanshall of the Bonzo Dog Doo Dah Band with a band featuring original Doo Dah band member Neil Innes and 1970s keyboard wizard Rick Wakeman. Above and beyond those appearances, the banjolele will be trooping around the country – more information on his shows can be found on his official website www.gentlemanrhymer.com.