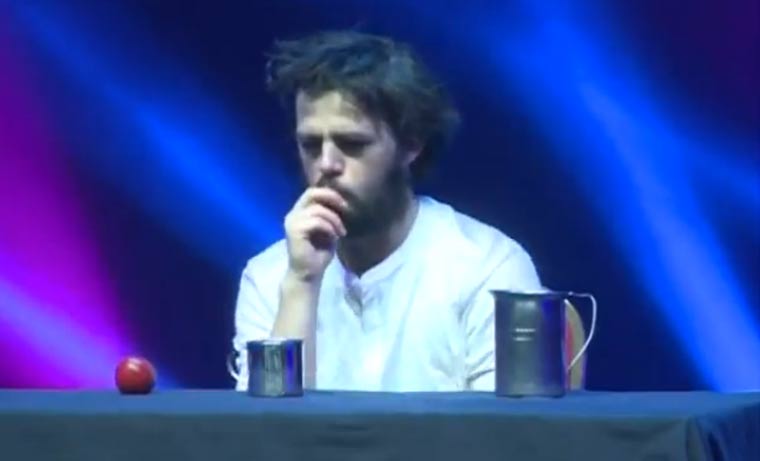 Look as close as you like: Yann Frisch’s awe-inspiring sleight of hand reveals little but his genius.

French magician Yann Frisch has become an Internet sensation with an act which is as down-to-earth as it is beguiling. Using only a couple of metal containers and some balls, his act is a tour de force of sleight of hand. The live video for the routine has attracted over 1.3 million views in just nine days.

Frisch calls the act Baltass (from balle and tasse, or “ball” and “cup” in French) and describes it as “a logic of the absurd”. His peers have been equally impressed:  in 2011, an earlier version of Baltass won the International Federation of Magic Societies’ European award for “Most Original Close-Up Act”. This year, he walked away from the FISM World Championships with the highest award for close-up magic.

Having said that, not all industry figures are convinced that Frisch’s act is what it seems. Richard J. Kaufmann, owner of venerable publication Genii, the Conjuror’s Magazine, has remarked that “it’s not really a magic routine as much as it is a piece of performance art or a silent method-acting monologue.”