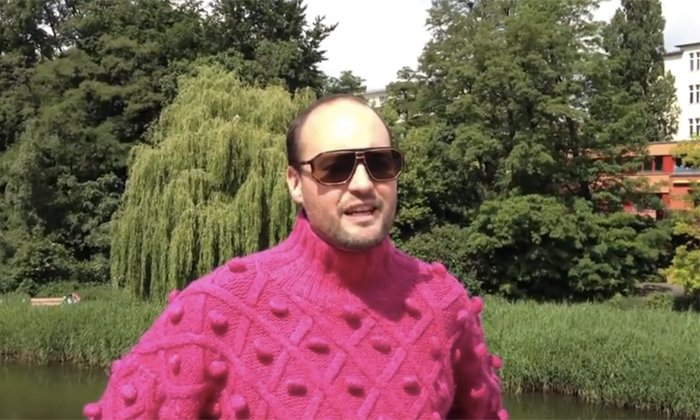 How long can you sing for? The length of a shower? Or the car ride to work? How about for two whole months?

Sounding like something someone living the Dice Life would do, performance artist Greg McLaren decided to sing for over eight weeks. Although this was admittedly safer than fellow performance artist Bryony Kimming’s week-long scientific investigation into intoxication, it wasn’t without a personal cost.

In the process of his experiment, McLaren lost his job, became a social pariah as people struggled to understand him and almost landed himself with an ASBO. In his latest show Doris Day Can Fuck Off, he provides an audience-interactive tale of his madcap but melodious journey.

This exclusive video for This Is Cabaret gives some insight into this curious troubadour. What songs would he refuse to sing? What has been his most interesting heckle? And what does he label “the pure pornography of desire”? Roll VT.

No, we’re not sure about the jumper either. Let’s hope his mother still has the receipt.

Doris Day Can Fuck Off can be seen at the Soho Theatre from June 20th-23rd. See sohotheatre.com for tickets and details.