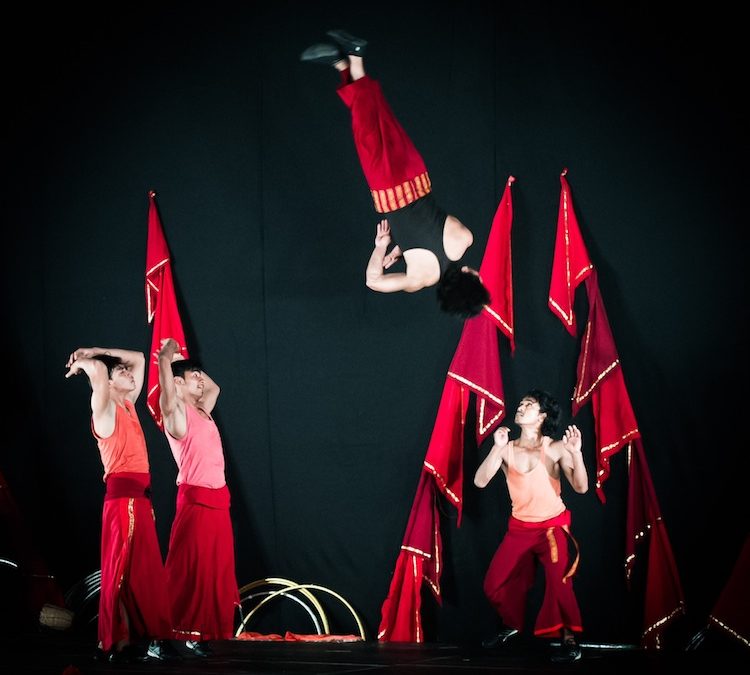 Circus artists are nothing if not tenacious, and that is especially true of the remarkable Circus Kathmandu.  The performers’ incredible journey from child slaves to professionals in their own right brings them to the UK for the first time this week to perform at Glastonbury Festival. 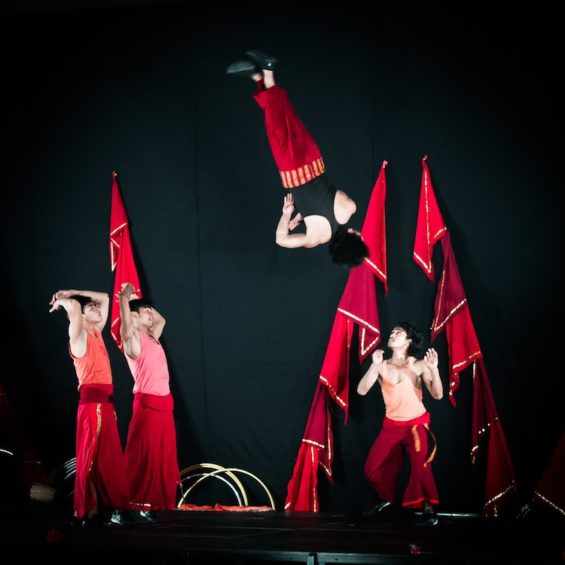 The 11 young troupe members of Circus Kathmandu are all former victims of human trafficking and other vulnerable situations. They were trafficked as children to work in archaic circuses in India and promised a life of luxury and fame, but nothing could have been further from the truth. Following their rescue and return to Nepal, many of the now young adults confided in Circus Kathmandu co-founders Robyn Simpson and Sky Neal that they would still like the opportunity to become professional circus performers – although this time on their own terms.

Since the project began in 2010, it has attracted over 50 volunteer trainers from all over the world. In 2013 Ali Williams from NoFit State Circus was recruited as local director and spent a year working with the company in Nepal.  Circus Kathmandu is Nepal’s first and only contemporary circus, and is building a great reputation – but it hasn’t been easy.  The troupe have had to challenge negative and outmoded perceptions of circus based on the reputations of the archaic Indian big tops where hundreds of Nepali children have been sold. The trafficking survivors who manage to return to Nepal are often stigmatised, but Circus Kathmandu’s fantastic performances are turning these negative perceptions around. They have performed to thousands of people across Nepal showing audiences the brilliance and wonder of the circus.

Their show Swagatam, meaning “welcome”, will be arriving for a paid gig at Glastonbury after three previously heartbreaking unsuccessful visa applications.  Swagatam is based on the performers’ personal experiences, and is the story that the troupe wishes to share. They have gone through some very dark times yet have now taken control of their lives… and are determined to help others do the same. 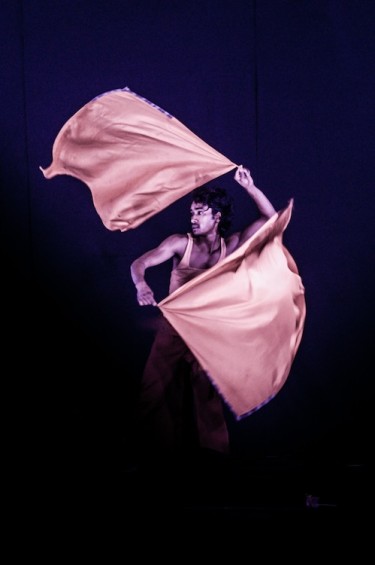 Many of the troupe already had extremely high level skills when the circus was founded (two of the performers are Nepali gold-medal gymnasts) but, as Simpson explains, “It was how they learned during the first three-week creation period with us, and then performed, in January 2011 that revealed their potential. They were vibrant and excited and glowing with happiness during the first evening show – and the audience was in tears, standing up, applauding.”

The development and nurturing opportunities provided by the Circus Kathmandu project (registered as a CIC in the UK, and incubated under the wing of anti-trafficking charity Freedom Matters) have fostered the growth of independent young artists who are now able to perform as professionals on an international stage.

In addition to their outstanding performances, the troupe run their own regular social circus workshops for other vulnerable young people in Kathmandu, and have become fearless advocates of anti-trafficking.  They visit at-risk communities along the Nepali-Indian border and warn others of the dangers of traffickers.  They are excellent role models showing Nepal and the world at large that contemporary circus can be both ethical and a way out of poverty; one of the major driving forces behind the trafficking industry.

“Circus Kathmandu is underpinned by social circus,” reminds Simpson, “Yet it’s also about creating jobs and a sustainable industry.  We therefore have to keep raising their skill levels and educating the market about high-quality ethical entertainment.  We’ve provided the opportunities, but it’s them that – against the odds – have turned their lives around and now do what they choose to as a job.”

Circus Kathmandu strives to be a self-sustaining enterprise by 2019 but at the moment the project is reliant on fund raising and the generosity of volunteers. Donations can be made at:
http://www.justgiving.com/circuskathmandu