What Did We Think Of Gypsy, The Mother Of All Burlesque Musicals? 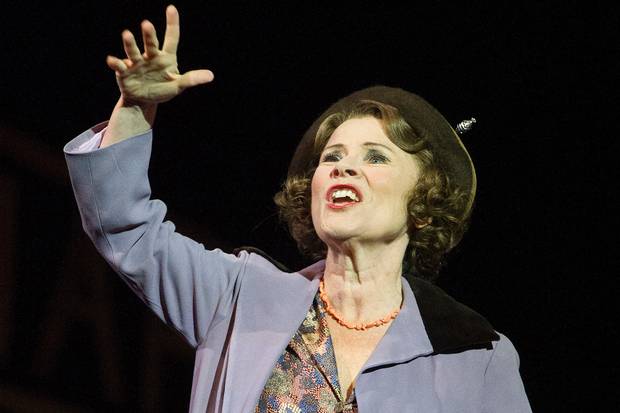 Imelda Staunton stars in Gypsy, musical theatre’s tribute to the life and times of striptease artiste Gypsy Rose Lee. This latest outing has had rave write-ups from writers who wouldn’t know a pastie from a pasty so what did our reviewer Rebecca Wigmore think? 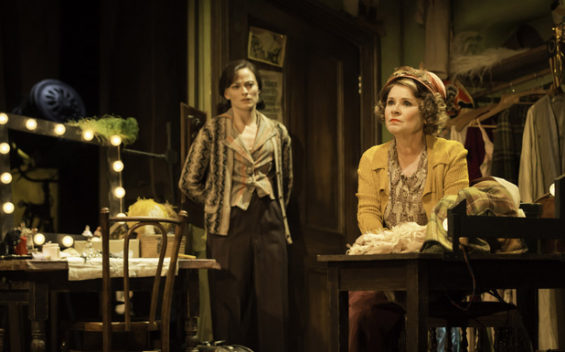 This Is Cabaret doesn’t usually do musicals. Sorry, Imelda, clue’s in the name. However, seeing as Jonathan Kent’s revival has at its heart the story of Louise (Lara Pulver), a young girl who starts at the front-end of a cow and ends up as Gypsy Rose Lee, one of the most legendary burlesque performers to ever grace the stage, it seems proper to evaluate the show on its own crotch-thrusting terms. You don’t need me to tell you that Imelda Staunton gives an intense and committed performance as Louise’s Mama Rose, stridently belting Jule Styne’s still astonishing score. No, we’re here to talk tassels.

So what is the burlesque like? Well, like everything in Arthur Laurents’ script, it’s packing a heavy metaphoric weight. In this production, just as vaudeville stands for Mama Rose’s refusal to acknowledge her daughters’ sexual maturity, burlesque acts as a glittery metaphor for the maturation and disintegration of the body. No wonder Rose finds it so threatening – in her world, no one is allowed to reach puberty or grow old.

In the show’s most famous stripper number You Gotta Get A Gimmick,  three veterans of the trade, Mazeppa, (Louise Gold, with an excellent Sgt Major Muppet vibe), Tessie Tura (Anita Louise Combe) and Electra (Julie Legrand) display their drooping tits and bellies with much glitter and panache – it’s one of the most successful numbers in the show precisely because it subverts the audience’s initial titters at what first appears to be the desexualised comedy of an ageing woman’s body, and presents a cocktail of skill, shoddy amateurism and I-don’t-give-a-fuck-ness that jolts the audience into a joyful, surprising place. 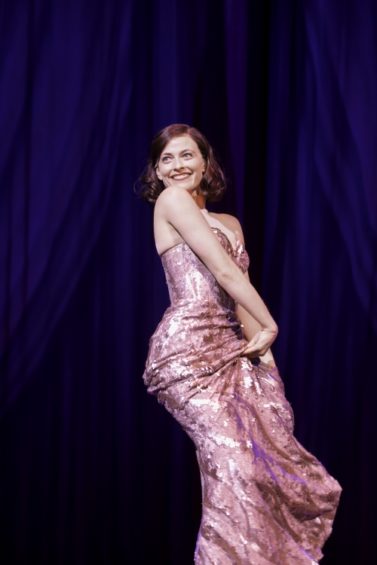 This giddy mix of shit and sparkle is exactly what the vaudeville numbers of Act I lack. They’re skilfully performed and choreographed by Stephen Mear to be the mediocrities the narrative requires them to be, but they’re too polished to be moving, and not polished enough to be thrilling. Jonathan Kent rarely allows his performers space to create small moments or incidental comedy – often placing actors with their backs to the audience in dialogue scenes so that all eyes are on the key performers. Mama Rose would totally approve of this strategy – all eyes on the star! – but it makes the tonal jump from Act I’s knockabout vaudeville to Act II’s burlesque and melodrama feel uneven, which in turn fails to fully support the number the evening is building to: Rose’s Turn.

The show’s finale is still the most thrilling psychotic break set to music but the devastation of Staunton’s performance is undercut in the show’s coda, which swings back to the rat-tat-rat comedic tone of the first act. This was always a problem in Laurents’ book but it’s a disquieting thing indeed to see a performer emotionally destroyed one moment and then trotting offstage like a show dog. There’s a germ of a good idea in that ending and if this revival wasn’t so concerned with being polished and respectful, and had some of the grit and guts of its burlesque performers, it really coulda been something.