The Best Drag Entrance Ever 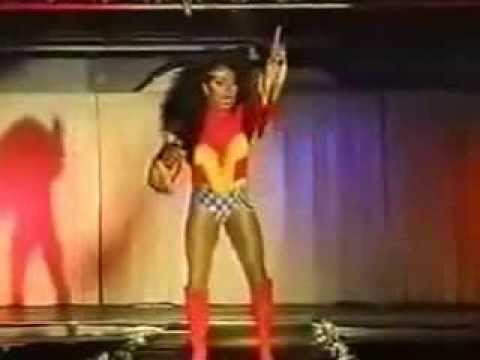 First impressions are everything. Within moments of meeting people, you decide all sorts of things about them, from status to intelligence to promiscuity. Princeton researchers found that people decide on trustworthiness in a tenth of a second. Another study suggested that people can read a man’s sexual orientation in a twentieth of a second — the minimum amount of time it takes to consciously recognize a face. The moment a performer makes an appearance is a critical moment in any performance.

Which is a roundabout way of saying: check this out.

Filmed at the 2001 Miss Gay Black America pageant, Tandi Iman Dupree’s jaw-dropping entrance won her much praise at the time and posthumously. Despite travelling from club to club across Texas, Florida, DC and Atlanta towards her dream of becoming Miss Gay Black America, Dupree died in 2005 from AID-related complications before she achieved her goal.