The Art Of Seduction: The Grand Dame Of Italian Burlesque Mitzi Von Wolfgang Talks About The Inaugural Milan Extraordinaire 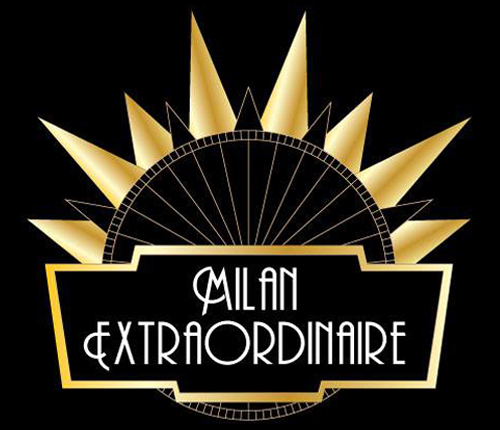 This month, Italy’s cabaret and variety scene reaches a new level with the arrival of its first dedicated festival. The Milan Extraordinaire will see an international cast of vaudevillians perform in the European capital of fashion and design. An experienced judging panel drawn from across the continent (including This Is Cabaret editor Franco Milazzo) will be on hand to oversee what is certain to be a historic event and, perhaps, the start of something rather special.

The festival is the brainchild of local restaurant and entertainment entrepreneur George Marchisio and the grand dame of Italian burlesque Mitzi Von Wolfgang. She created the Burlesque School Milano, a unique academy whose visiting tutors have included world-famous names from the US and the UK like Gypsy Charms, Angie Pontani and Jo “Boobs” Weldon.

We spoke to Mitzi Von Wolfgang more about Milan Extraordinaire, her school and just what she looks for in burlesque performers. 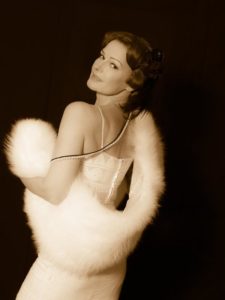 The Milan Extraordinaire is the first festival of its kind in Italy. How did this ambitious project begin and how is going to differ from other international Festivals? Which criteria did you use to select the artist?

Milan Extraordinaire Festival was born from a lack of and need for variety in the broader sense, the kind of light entertainment not present in the Milan nightlife scene.

You see, Milan is world famous mainly for three things: the opera house La Scala, and its fashion and design industries. It is just impossible now to find a place where you can enjoy a meal and a light entertainment show at the same time. There is not a “supper club” or “speakeasy “culture here as in Italy’s other big cities. I often find it difficult to take an international guest to a show where the magic of cabaret, burlesque and circus and other disciplines are brought together in one production.

Milan Extraordinaire wants to offer an event which offers all the disciplines: in this sense, it is not only a burlesque festival, but an entertainment festival in a much broader sense featuring cabaret, circus and neo-variety.

At the moment, we are aiming to create this event once a year. I hope this will help to expand the genre and the culture of light entertainment in the Milan nights and helps to inspire clubs and restaurants owners to create events and inserts artists from all these variety of disciplines and educate the public. It is more a neo-variety event in this sense. For this reason, we have mainly chosen our artists based not only on their talent, energy and charisma but with an eye to diversity, innovative and tasteful styles.

How is burlesque perceived by Italians, for example in Milan? How has the burlesque scene in Italy evolved over the last decade?

Milan is a city of many fashions and trends by definition and they constantly change very quickly; it is the epitome of the “quick hit” society we live in. Burlesque was at its most popular here from 2007 to 2011 but as an art form has never been totally absorbed and understood and it remains a “niche” phenomenon. There are two main venues offering regular shows in Milan: Le Salon Parisien and La Maison Milano.

Tell us about the recent history of burlesque in Italy.

The first shows were seen in about 2006-2007 and revolved around the alternative scene (bikers, rockabilly and tattoo) and they were sporadic. There was a popular and short-lived troupe called “Sick Girls” at the time but they were their idea of burlesque didn’t resemble what we see nowadays.

Attilio Reinhart was one of the first researching the scene and created the website burlesque.it to promote the culture of variety, light entertainment and venues of where to find all the top shows around. He wrote one of the first books on the burlesque world, both classic and neo burlesque, called Burlesque: curve assassine, sorrisi di fuoco e piume di struzzo (Burlesque: killer curves, smiles of fire and ostrich feathers.)

The first agencies in Milan were Voodoo De Luxe (the owner Virgil De Nice is an expert on vintage culture) and Franco Mosconi’s Les Vedettes. Both still organise high calibre shows with international superstars. In Rome, the brilliant and visionary Alessandro Casella is the force behind The Micca Club.

What started off as a scene created predominantly by men has slowly come into the purview of women, not least Eve La Plume, Cleo Viper, Scarlett Martini, Jane Fischietto and Dolly Lamour. The first boylesque was Alan Debevoise and the first official school was opened by me in 2008. Since then, there are many more schools, agencies and venues which has been quite an achievement.

In your opinion, which are the top qualities to be a burlesque performer?

Be unique: it’s the only way to create magic on stage, everything else is secondaty> It’s like solving a mathematical problem: the onky thing that count is the result, it does not matter how you get there!

What first inspired you to become a burlesque artiste and showgirl? Is this still something which inspires you?

My life passions and driving forces are ballet, a refined and elegant eroticism and nightlife. Luckily, I have managed to incorporate all of these in my profession.

I am always inspired by everything that creates an emotion, whether is a smell, a flavour, a sound, a colour, a tactile sensation or a memory; I tend to use the five standard senses as fonts of inspiration plus, of course, my sixth sense to move creatively and professionally.

How did you come by your stage name?

Mitzi is short for my real name – my friends and family always called me Mitzi – while Von Wolfgang is simply the German translation of my real surname Del Lupo. It started out as a joke when I used to sing Bach in a baroque choir years ago and I’ve kept it.

You are the headmistress and founder of Burlesque School Milan. What drove you to open it and what has given you the greatest satisfaction? How do you find suitable teachers? Do you believe that burlesque teachers should be certified in some way?

The encounter with Gypsy Charms (who was at the time the Head Mistress of The Ministry of Burlesque) in 2008 was absolutely crucial. Gypsy encouraged me to open the school in Milan and to “go for it”. From then on, everything has fallen naturally in place. I collaborated with the MC Attilio Reinhart (who will be hosting Milan Extraordinaire) with whom I share the same passion and vision and who is a great researcher and pioneer in the Italian cabaret scene as well as agencies, art directors and, most of all, many of the extraordinary women and stars of the international burlesque scene who I had the honour of working with.

One of my biggest satisfactions is the being able to celebrate beauty, fun, creativity and eroticism with my students and the public. But my greatest satisfaction is the next adventure, what has yet to come!

Are your burlesque teachers certified in some way?

My teachers do not hold any burlesque certificates but I believe that their career and achievements should speak for themselves. They all have a variety of skills and backgrounds that comes from their expertise in other disciplines: striptease, dance, theatre, circus and many others skills and talents. I have also organised courses in costume, make up and styling, as well as incorporate the study of many theatrical techniques

My guest teachers have included superstars like Angie Pontani, Jo “Boobs” Weldon, Dirty Martini, Michelle L’amour, Gypsy Charms, Natsumi Scarlett, Trixi Tassels, Miss Astrid, Flame Cynders and Cleo Vipers. It was a privilege having them sharing their secrets and knowledge: their diversity and unique styles were the main reason I chose them as teachers.

What would you say were the defining characteristics or style of your school?

I strongly believe in destiny and I believe that meeting all these wonderful people was no coincidence. The main style that inspires the school is “old school glamour”, as this is the one that defines me the most, but this is not the only style we practice here.

I put my emphasis on the form as this is mainly a visual, classical and theatrical art form. As such, there are many styles here from classic cabaret to Vegas showgirl, 1930s Berlin Style and French cabaret/ Can Can.  We are the only school in Italy teaching the latter.

Our costumes and props are opulent and precise in every detail and require long preparations. Because of all this variety, the inter-discipline nature of the school and the constant innovation, students have been coming back regularly since the opening. It is also the strong sense of aesthetics and styles that attracts them to my school.

What are you working on for next year?

I couldn’t wait to answer this question!  Well, the main project is not related to showbiz but it is about women and will emphasise the concept of glamour in our daily life: how to utilise body language and be body-aware to be able to seduce and to be more feminine. Glamour gives one a difference presence, a natural attractiveness that comes from within. In short, I aim to teach how to become the most glamorous version of ourselves and be effortlessly chic.

The lessons will cover a number of core areas. Students will learn how to walk, how to use facial expressions, making the best of one’s posture and attitude, body movement and how to sit as well as instruction on the way we modulate our voice and breathing. Of course, Of course , flirting with the class is part of this series of learning!  For years, I have studied, applied and privately taught the techniques of “conscious seduction language”. I have decided to publish these teachings and from next year will start the courses under the title of “Glam School: A Perfect Guide To Classy Seduction”. I patented the name in Europe three years ago and there is already a detailed lesson plan. Once the logo is ready, we will be spreading seduction all around.

The Milan Extraordinaire runs from 26-30 November. More information on tickets and timing can be found on the official website.