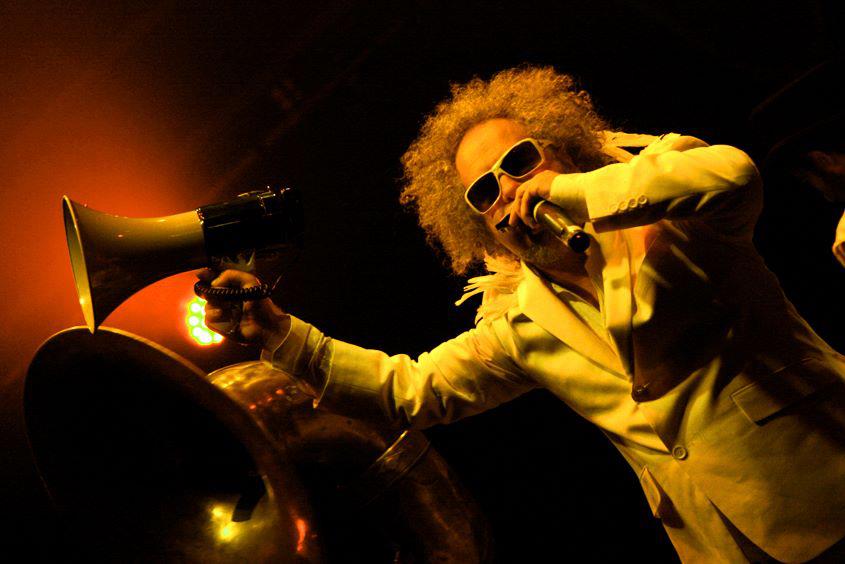 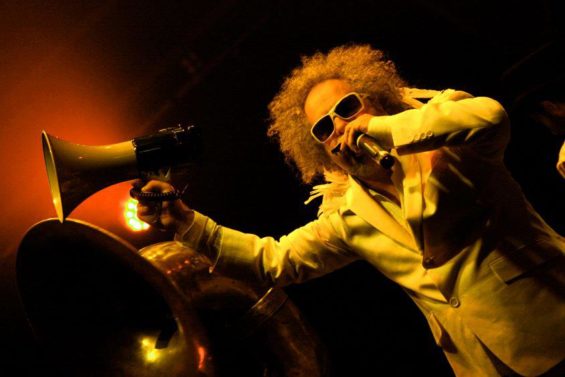 LIMBO, London’s biggest circus show of the summer, has arrived. The breathtaking spectacle augments the dazzling feats of physical skill with a pounding soundtrack composed by musical director Sxip Shirey.

The New York resident is not one to hide behind the knobs and buttons: a man with big hair and bigger opinions can be seen on stage at the London Wonderground with LIMBO until 29 September.

In the first of his exclusive interviews for us, Shirey talks about how the international show came together and expresses some frank views on the US cabaret scene.

I’ve always wanted to do a high end circus cabaret with music that was not “dark circus” or jazz standard oriented. I wanted to create something rooted, surprising, beautiful and hot. Some of the music for the show I pulled from “classics” of mine and some of it is new. I think of my music as fluid and changing active melodies and active sounds that can live in new situations and generate new music out of those situations. The band is great. Grant Arthur on sousaphone, electronics, banjo and bass trumpet and Mick Stuart on drums, guitar and the gorgeous sounding 130 tine electric kalimba and then the cast performs musically also. Our chinese pole dancer Mika Bres is a solid beatboxer and beautiful singer and our contortionist Jonathan Nosan plays a solid trumpet.

When I first came to NYC I toured with the Bindlestiff Family Cirkus, a circus/cabaret for adults. We would hit clubs, theatres and wherever we could play. Many of my favorite NYC performers did a stint with BFC including Baby Dee, Scotty The Blue Bunny, AJ Silver, Una, Corn Mo, Magic Brian, Amy G, they really fostered a place for us to evolve and tour, to take our initial steps out into the world.

On my first tour with them I met Jonah Logan of The Daredevil Opera Company, a brilliant physical comedian pyro-technic (fire) artist from Canada and his composer Paul Weir. This was before Great White burned down a club in the US so we could get away with far more fire tricks. He’d do a half body burn onstage which looked absolutely crazy in a small club.

Scott Maiden of the Aussie production house Strut N Fret saw us perform in Edinburgh and the Underbelly and then brought us to Australia. It was the first show produced by Strut N Fret. So eight or so years later, Scott flies me out to perform a solo set at the Melbourne Festival and asks me due to do LIMBO.

Scott creates shows by curating towards success. Get a bunch of people in a room who can do cool shit and guide them into doing it effectively together. I trust his instincts. I love the cast, they are great people and we have a blast.

The main difference between American cabaret and British is this: in London, being a cabaret artist can be your job while, in New York City, it is a stage that artists use to present their work. The pay is much better in London and there are more venues. When a person performs in NYC they are hoping it will be the stepping stone for you to manifest a career or artistic vision outside of the venue they are currently performing in. In his shows, The Red Bastard makes brilliant fun of this. 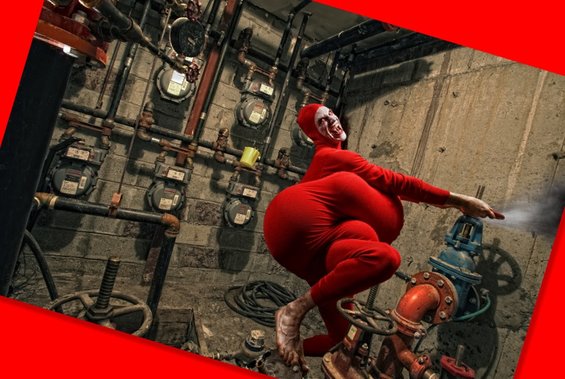 In the States, there is much less support for the arts than is the case in the UK. Having said that, this situation may soon even out as your government has reached US levels of stupidity over funding cuts.

For instance, if you make a really good puppet show in England, you can get it picked up and it will tour. In the US…are you fucking kidding me? A puppet show? Who makes puppet shows?

Sxip Shirey and the rest of the LIMBO crew can be seen at London Wonderground until 29 September. More details here.