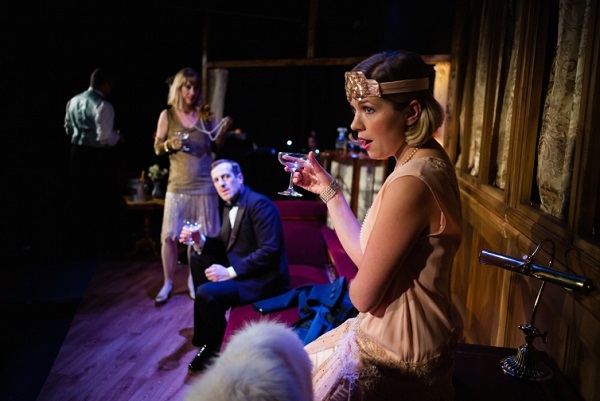 Who doesn’t like it loud and heavy every now and then? 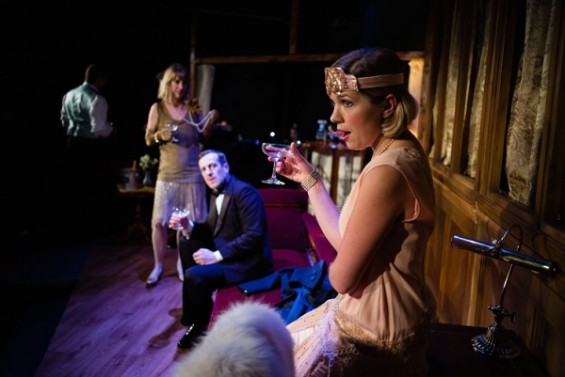 La Traviata runs until 14 September at the Soho Theatre.

OperaUpClose’s La Traviata at the Soho Theatre is a vibrant burst of classical goodness in one of the city’s temples of cabaret. The same company popped the venue’s opera cherry back in 2010 when it staged its  interactive version of La Boheme here. As their name suggests, they specialise in bringing the singing to the audience at points through the show.  Those who like their fourth wall thicker than a cast member of TOWIE can don a top hat and tails or a cocktail dress (we don’t judge) and take a short hop down the road to the Royal Opera House.

This version of Giuseppe Verdi’s classic has been kicked around and roughed up in all kinds of ways to fit OperaUpClose’s model. Played out over two hours including an interval, the basic plot is a familiar one to this genre – boy meets girl, boys loses girl, girl dies in a long and drawn out manner while all wail around her – but Robin Norton-Hale’s libretto is in English, for starters. And English, I would argue, is not a language made for opera. Listening to emotional pronouncements of utter joy and deep despair in vowel-heavy Italian is like riding an infinite sine wave all the way to paradise; in the more consonant-prone English, it can be like riding a seatless bike down a bumpy road.

Described by some wag at the Independent as “operatic classics on a shoestring, in a shoebox“, OperaUpClose’s staging has certainly had expense spared, at least when compared to what passes for opera these days at the ENO and elsewhere. This is not all bad news. The American 1920s setting is comfortably realised in terms of set design and costumes – maybe the producers missed a trick in not calling this version “L.A. Traviata”. There’s only three musicians (piano, cello and clarinet) but they do a perfectly fine job of bringing the Sturm und Drang to the heavier moments. The gypsies and assorted other minor characters have been omitted leaving a slimmed-down cast of five to carry the story. Notably, this arrangement sees one actor playing both the Baron and Dr Grenvil without jarring the viewing experience. Take that and party, Great Britain.

There are three revolving casts so which singers you get to see is down to pot luck.  Andrew Mayor is a masterful Germont, the father-in-law whose mendacious meddling drives much of the plot’s melodrama. His face is as expressive as any Italian’s hands and often tells far more than the verbose libretto.The central pairing of Violetta and Alfredo are played convincingly by Elinor Jane Moran and Robin Bailey respectively with the former in especially fine heartrending form. In the only dual role, the dashing Dario Dugandzic gets to play both the Machiavellian lover and medicine man to equal aplomb.

This Anglophone La Traviata does live up to the English male stereotype when it comes to romantic matters, though. In the most part, there’s a decided lack of intimacy especially when compared to their far more cleverly staged La Boheme. There is also little warm-up before we dive into proceedings and the feeling after the slightly abrupt end is that this has all finished too soon. Thankfully, there is no public announcement that this is the first time that this has happened and no-one in the cast promises to call as I make my exit. The earth didn’t move for me but there’s plenty to get the juices flowing here.