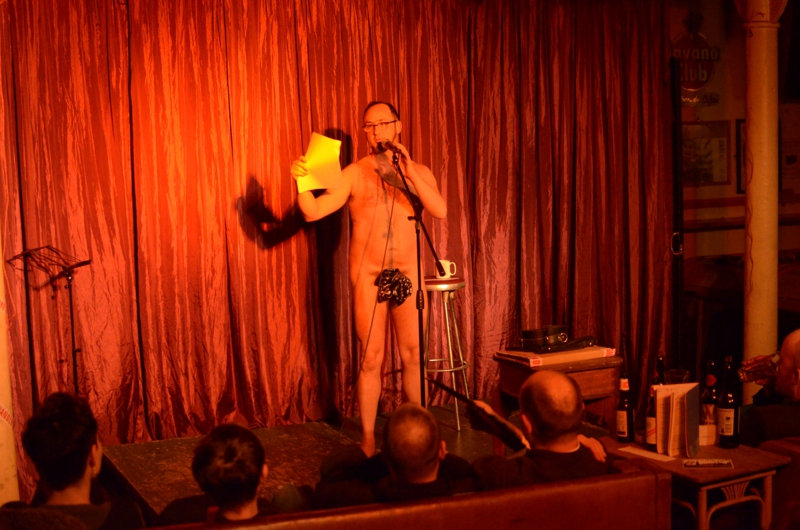 This week’s Velvet Tongue was a filthier affair than even we expected. 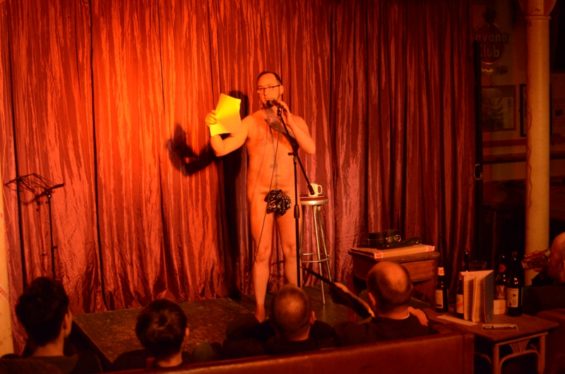 Ernesto Sarezale’s Velvet Tongue allows performers to strip away all sense of censoring.

This occasional evening serves a dual purpose. Experienced artists have the chance to give fresh works an airing while an open mic slot allows new poets the chance to test their material and their mettle in front of a live audience.

Staged under Shoreditch’s Bar Kick, the evening’s speakers board a small stage in the basement to deliver a variety of oratories. Some of the performances and poetry can be a little reserved, true, but the majority take the lead of host Ernesto Sarezale in providing something a little more salacious to the audience. 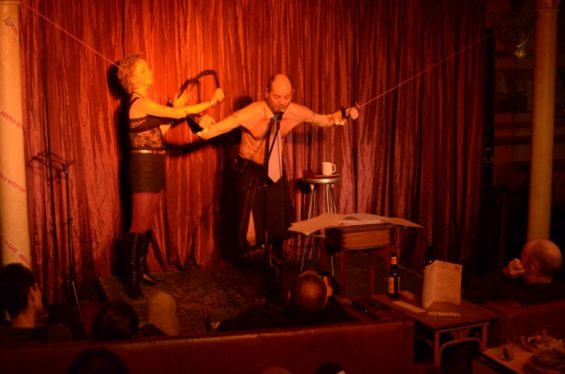 Velvet Tongue has the perfect mix of engaging and mesmerising word play and pure hilarity.

Featuring naked performance artists Coffee+Sponge and poets Roz Kaveney, Rene L’Amour and Steven Pottle, this edition of Velvet Tongue had the perfect mix of engaging and mesmerising wordplay and pure hilarity. The ambience snaps between attentive silence and out of control hysterics without a second thought throughout the show.

Unfortunately for the audience and the artists, the conditions were far from ideal. Loud interruptions throughout from the roaring sounds of punters and their stomping in the bar above meant performers were frequently hard to hear. The real dealbreaker of this particular event was the foul smell wafting around the room along with venue staff constantly mopping and laying paper towels down while performers were on stage. A huge sewerage water leak just after the interval forced an early end to the evening’s proceedings; the venue was literally flooding with spectators in the front row having to lift their feet up to avoid the foul smelling water.

The horrendous smell and rude interruptions from upstairs could not mute the quality of work on display. It may have turned out to be a stinker of a night but Sarezale and the performers came out smelling of roses; while the standard of talent naturally fluctuated over the course of the evening, this first Velvet Tongue of 2013 sets a high watermark for future episodes.