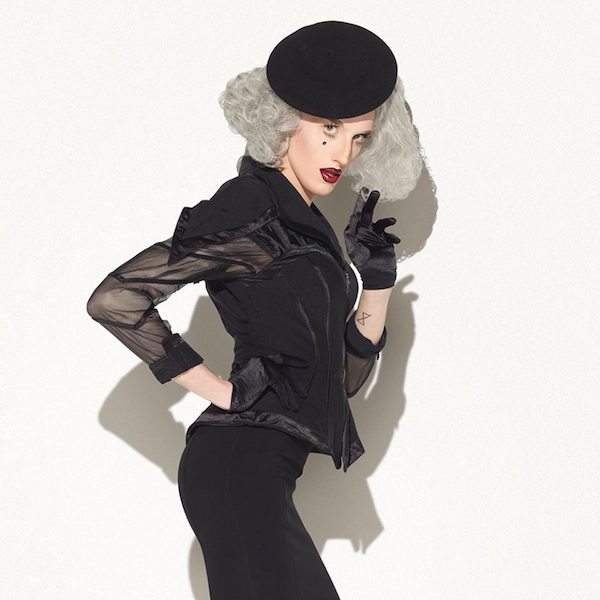 MAX at the Meth Lab had a main act that exceeded expectations, and while there are misses in the acts the hits certainly make up for it.

The Meth Lab relocated to south of the river since they lost their Camden home when the The Black Cap was suddenly closed. But all is not lost. They are now based at the Eagle London, at the heart of the lively Vauxhall gay scene and only a stone’s throw away from the Royal Vauxhall Tavern.

The evening features headline performance from MAX, season 7 contestant of RuPaul’s Drag Race, and support acts by members of the Familyyy Fierce.

MAX’s performance is everything hoped for (and more). Known for her Hollywood glamour and theatre background, the grey-haired siren was portrayed on the reality show as a sassy but somewhat prudish queen who was eliminated in Episode 8.

Seeing MAX perform live proves that her RPDR portrayal is all editing – the queen I see is glamorous, fun and charming in her bustier, latex skirt and backwards cap. MAX opens her act with a live version of The Phantom of the Opera that showcases her theatrical and vocal finesse, then plunges into a wild take on Britney Spear’s Toxic which sends the crowd into a frenzy.

MAX certainly knows how to please the crowd – mocked on the show for her pseudo-British accent, she announces that the queen of England is back and struts down the stage in a Queen Elizabeth-esque outfit for her second act. MAX performs Iggy Azalea’s Fancy and Gwen Stefani’s Rich Girl, the latter a nice complement to DJ TeTe Bang’s throwback soundtrack for the night. In a way MAX is playing it safe by using these surefire dance hits in her routine, but she certainly knows what songs work best for her and delivers them with spark and charisma.

As for the supporting acts, there are some hits and misses. Maxi More’s routine about make-up is remarkable. The bearded queen plays with various materials, putting mascara on her beard at one point, rubbing half her face off at another and ends up covered in a mishmash of colloidal silver, glitter and feathers. Treading between the line of beauty and savage chaos, Maxi More delivers a visually stunning and conceptually intriguing piece of art.

Ruby Wednesday performed three songs in total, but her strength is not in numbers. She kickstarts the night with a rendition of Miley’s We Can’t Stop, and later covers David Bowie’s Five Years. While the Trannyshack winner makes a cute Miley, the first two numbers veer towards monotony and it is not until she dives into a rock song that I see the Ruby I first fell in love with – reckless, powerful and exuding charm in every move.

The Black Cap certainly cannot be replaced, but I am delighted to see that the Eagle offers greater capacity, better visibility and a stage adorned by a ridiculous amount of disco balls of varying sizes. What more can one ask for?