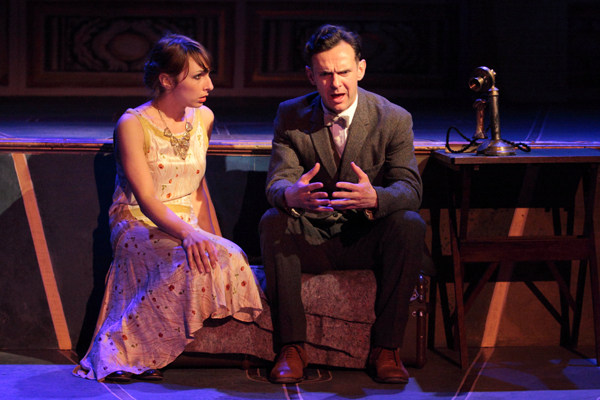 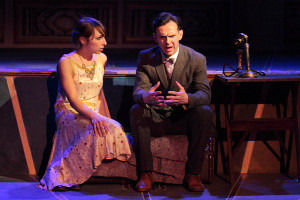 Nick Chambers as Nick and Vicki Campbell as Jordan

If you were to follow in person the tragic story of Jay Gatsby in the fictional setting of West Egg, Long Island during Prohibition, wouldn’t you want to crash one of Gatsby’s parties? You’ve got one more chance to do it: legendary cabaret venue Wilton’s Music Hall has turned into a speakeasy to hold a month-long 1920s party for The Great Gatsby, a new, site-specific adaptation of F. Scott Fitzgerald’s classic novel by non-profit company Tour de Force. 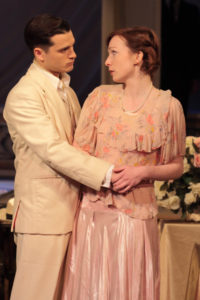 A mix of theatre, music and party, the show is a thoroughly enjoyable interpretation of the book, with plenty of audience participation. As the 8-strong cast sings all music and sound effects a capella, you’re invited to buy drinks at the bar, stroll around (work that room) and even dance the Charleston onstage during intermission. You’d be forgiven for thinking that the play is taking place during the party, not the other way around.

With some actors alternating between roles, the ensemble cast of The Great Gatsby create a convincing roaring twenties experience full of glamour and decadence, playing right into your expectations, whether you’ve read the novel or not. Vicky Campbell is the epitome of insinuation with a richly textured portrayal of Jordan Baker, while Gatsby himself comes to life with all his frail ambiguity through the formidable voice and stage presence of Michael Malarkey.

Dressing up to the fashion standards of 1920s speakeasies is optional, but highly encouraged. After all, you’ll be attending a glamorous party dealing with paparazzi, gangsters and even the police, if you are found to be buying alcohol during one of their busts. Trust me, you want to look your best when that happens. 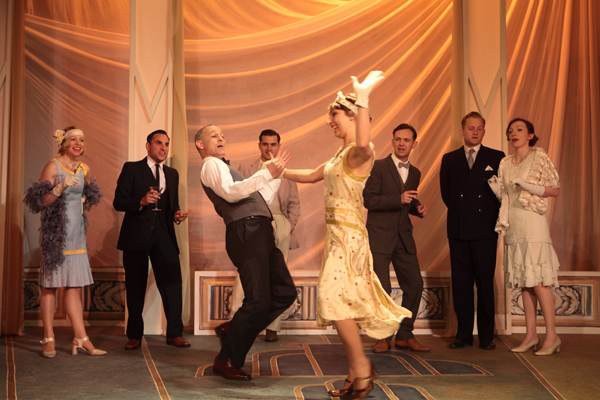 Now, unlike Gatsby, Wilton’s is not wealthy and you will be expected to pay for your drinks and food. But there’s no need to feel guilty about breaking the alcohol ban: as the cast will let you know, Wilton’s is one of the few places in the country where you can drink for charity.