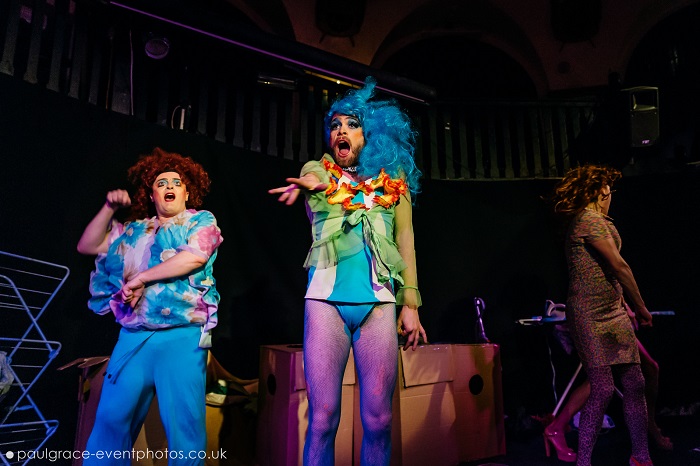 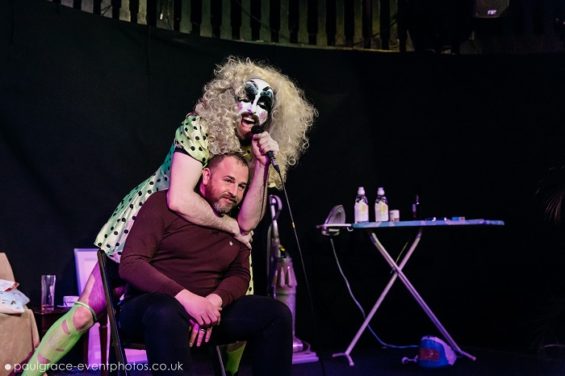 Suburbia and cabaret – two things that couldn’t be more different have come under the same roof in Gareth Edward’s new vaudeville show.

Suburbaret is a cosy night out where attenders are encouraged to dress down and bring their knitting. The theme is well-executed throughout, from suburbi- inspired performances and the hilarious “Sunday spit roast” pub quiz down to the pineapple and cheese on a stick that is passed around. It is also an ambitious attempt to start a new cabaret scene away from the encroaching gentrification in central London. To see the show, one must venture down the Northern Line all the way to zone 3 and to The Bedford pub in Balham.

Suburbaret has a life and soul of its own because of its strong attachment to the neighbourhood. Balham resident Emily Davies does a few lovely numbers with a little TMI chronicling her move from Wales, whilst Gareth Edward composed a nostalgic song about Balham High Road. Local drama teacher and drag artist Michael Twaits is a total delight. In contrast to the upbeat, high-energy acts before him, he forsakes his wigs and delivers a perfectly timed spoken word piece on being gay, over a cuppa.

While the locals are here to charm, several intruders crash the party including international punk-horror-drag superstar Baby Lame. A subdued opening leads to a shocking costume reveal and a raucous dance/grind routine to SexyBack/Anaconda, knocking the audience off their seats and sending buggies out the door.

Baby Lame is a world away from from the seasoned Lipsinkers, who go with the theme and impress the audience with an impeccable piece created especially for the evening. The formidable quartet delivers an act about life beyond Zone 1 across the decades, from a desperate housewife breaking out of her shell; a hilarious and emotional confession about cats on E-harmony; to a critique of how everyone in suburbia walks dogs and fits into the same box. It is intelligent, carefully orchestrated and a perfect conclusion to the evening.

Suburbaret is a refreshing concept celebrating Suburbia and all things mumsy, and at the same time a political move offering the audience an alternative cabaret venue out of Central London. For a show that’s only two months old, it has a remarkable mat. With a fantastic line-up, a playful theme, and a sensible finish time for you to do some late night laundry – what more can one ask for?