Review: The Singing Hypnotist, The Albany 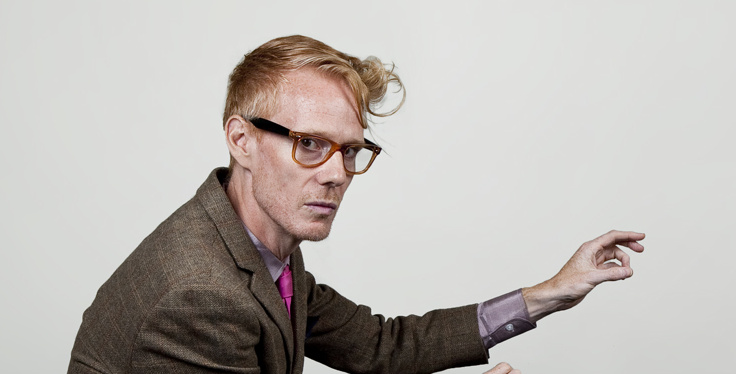 Christopher Green's Singing Hypnotist talks the talk in his latest show but it's all too much smoke and mirrors and not enough substance to really bring you under.

Christopher Green's Singing Hypnotist talks the talk in his latest show but it's all too much smoke and mirrors and not enough substance to really bring you under.

Christopher Green, aka The Singing Hypnotist, teases us with old fashioned notions of stage magic and spectacle at his new show at The Albany in Depford, but save for a few brief moments of wonder, it’s difficult to be brought entirely under the spell of this showman.

Stepping on stage and casting off his broad brimmed hat and engulfing cape to reveal long flowing locks and a beaming face, Green appears for all the world like a cross between a cult leader of a Mindfulness group and an imposing Back To The Future’s Doc Brown. Perhaps it’s not surprising that our host commands such a striking presence. Not only is Green no stranger to the stage, creating multiple drag comedy characters (like country singer Tina C and hiphop granny Ida Barr) and hosting his own experimental shows, but he is also, he reminds us, a fully qualified hypnotist as well. But, as we’re encouraged to throw balloons up in the air and fling our hands about with wild abandon, I wonder if it isn’t all part of another cleverly produced character study too.

Mind you there is something soothing in Green’s patter, as he switches between songs unearthed when working alongside the British Library as their very first Artist in Residence, and short anecdotes and interactions with the audience.  Green is accompanied onstage by a single pianist, there to add simple shades of jolly and melancholy on cue. The set is also bare and minimalist, but then that’s all the better to try and stay transfixed to our hypnotic host.

And yet amongst the mystique and obvious showmanship there isn’t much else going on in The Singing Hypnotist. It isn’t clear whether Green is actually trying to use his supposedly certified powers to wow us with Derren Brown-like tricks or trying to draw attention to the false and unknown side of hypnotism.  If purely the former then the production feels too short to truly wow. A hypnotist requires a rapt audience and whilst slick there’s little substance in Green’s show to shock and awe us and more importantly to reel in the more doubtful specimens floating on the fence.

But then again, maybe that’s the point. Green muses constantly on what hypnotism actually is. Is it just a man on stage, telling people they are feeling very sleepy, or is it something we can unlock ourselves to live a more mentally fulfilling life? Is what we chant to ourselves sweatily on a thick yoga mat really just another form of hypnotism? In this respect The Singing Hypnotist may be cleverer than Green’s letting on – a meta mindfuck at once promoting the powers of mesmerism and at the same time dispelling them. Or, it could just be a show about a singing hypnotist. That’s the beauty of hypnotism, you never quite know.