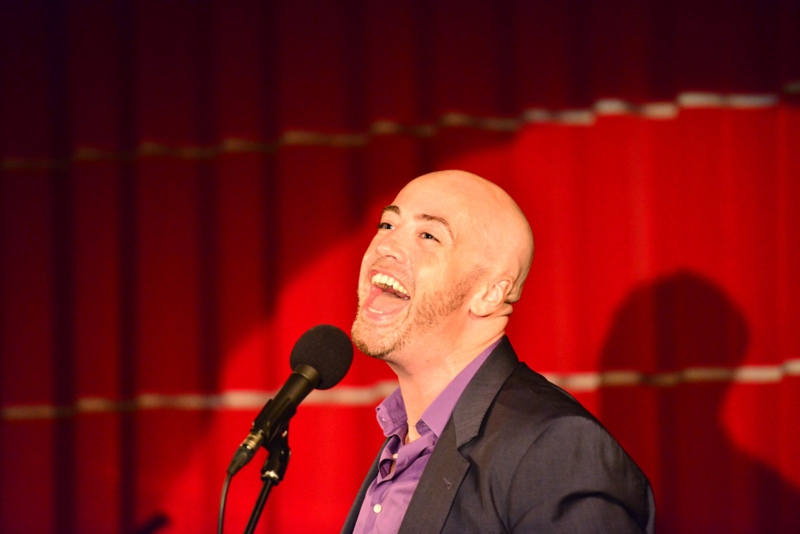 You can take the performer out of cabaret but, going by Paul L. Martin’s comeback show, you can never take cabaret out of the performer.

Martin originally made his name on the stage where he entertained audiences for over twenty years before setting up his agency Excess All Areas and producing the first London Cabaret Awards. His return to the limelight with Fifty Shades of Gay is a welcome one, showing many younger pretenders exactly how to hit a home run. 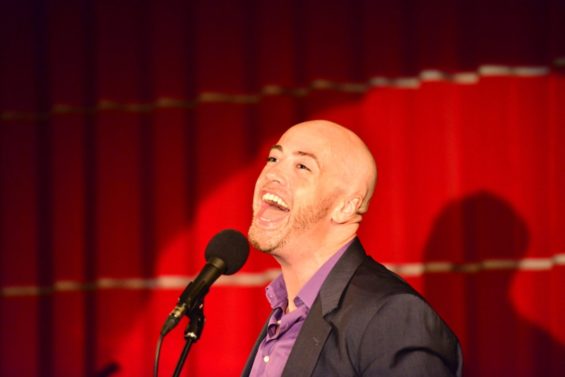 This may also have something to do with the venue. Opened less than two months ago, Crazy Coqs Cabaret is something special. A listed art-deco room, fitted out with small black tables and dimly lit, it features an atmosphere that is perfect for cabaret – almost too perfect, like a pastiche of an old cabaret bar. Classic cocktails are available. If only the smoking ban hadn’t come into effect, you could really imagine yourself back in the 1920s.

Fifty Shades of Gay is good old fashioned cabaret by a master of the art. It’s clear from the opening song that Martin knows how to work a room, and he takes charge of the evening right from the start. The man has a hell of a range, running the gamut from punchy emotional numbers to plain silliness– such as his song about a girlfriend called Alberta from Vancouver, whom his straight gym mates are unlikely to meet any time soon. A later song about those nights as a performer when you don’t feel you have anything to give has real depth and is a definite highlight.

Martin has a broad repertoire, something evidenced by the different styles and topics: a quick rant about Tracey Emin and modern British art in general, a snipe at the Daily Mail and a childish homage to a babysitter. His ability to switch from one mode to another is impressive and shows his ease in front of a microphone.

Apparently the alternative title for Martin’s comeback was going to be Halal – Is It Meat You’re Looking for? Perhaps that will be saved for something down the line. For now, Fifty Shades Of Gay has two engagements every night for the next two weeks, which I thoroughly recommend.