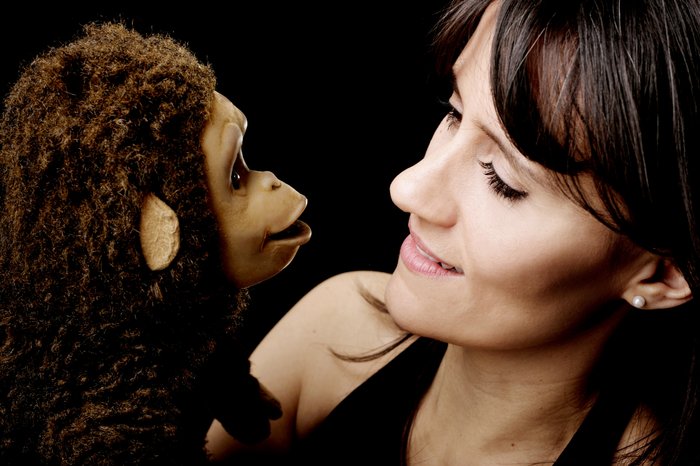 Yes, yes – illustrious parent, the love affair with the much older famous man, her own film. All this we know. But is ventriloquist Nina Conti actually any good? 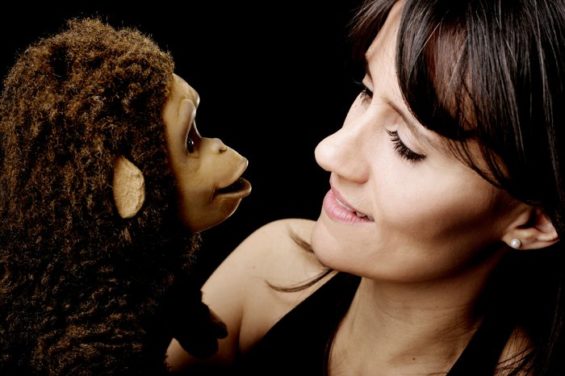 Ventriloquist Nina Conti brings latest show Dolly Mixtures to the Soho Theatre with her eclectic coterie of characters. Conti’s approach to her artform is streets ahead of past British artists and current American ones. Those brought up on Keith Harris and Orville The Duck or Bob Carolgees and Spit The Dog will see ventriloquism as a cheesy double act best suited to a holiday camp or the end of a very long pier. The US’ Jeff Dunham has proved a massive hit with his more adult-orientated act featuring puppet Achmed the suicide bomber but his act is still not too far off the well-beaten path trod by Harris and Carolgees.

As a ventriloquist, Conti presents a semantic conundrum in being a solo performer who never works alone. Over the course of the show, Conti brings out seven puppets, each of which contribute to the show’s overarching concept of “the seven ages of man“. The theme is referred to once at the beginning and never mentioned again. She likes to keep the tone light and fun, perhaps fearing to alienate the hard of thinking, but there’s an emotional depth to this show that the average comedy act (and almost every stand up) can only dream of.

Some of this can be seen in the very personal connections she shares with her sidekicks, with some links more obvious than others. As well as introducing to the audience to latex-and-wood versions of her “grandmother” and “grandfather”,  there is more to Conti’s first puppet than meets the eye. “Monk”, a small sardonic monkey with a unique line in self-awareness, is one of the ventriloquist’s most used puppets and represents infancy (the first age of man) through more than his diminutive nature and enquiring mind; in her film, Conti explains how “he” came into her life at exactly the same time as when her aborted baby would have been born.

No less funny is her use of her masks. There’s no point explaining exactly what they are when YouTube can do a far better job of it. Have a look at what she can get up to with one mask then imagine how hard for her (and how hard we laughed) when she used a pair of masks on two potential paramours.

This isn’t a long show, clocking in at just under an hour, but there’s never a dull moment with chuckles aplenty and many thought-provoking  asides that linger long after we join the Dean Street night scene. Go.