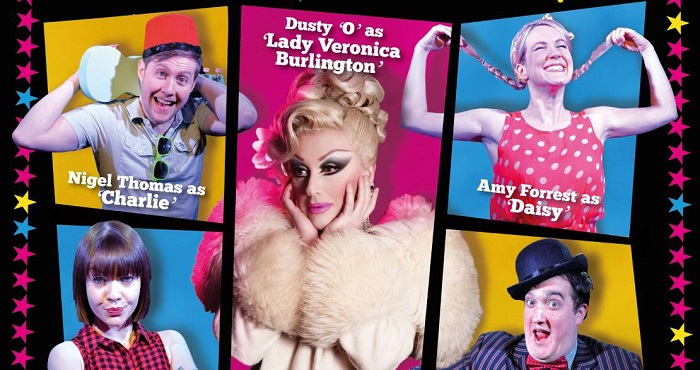 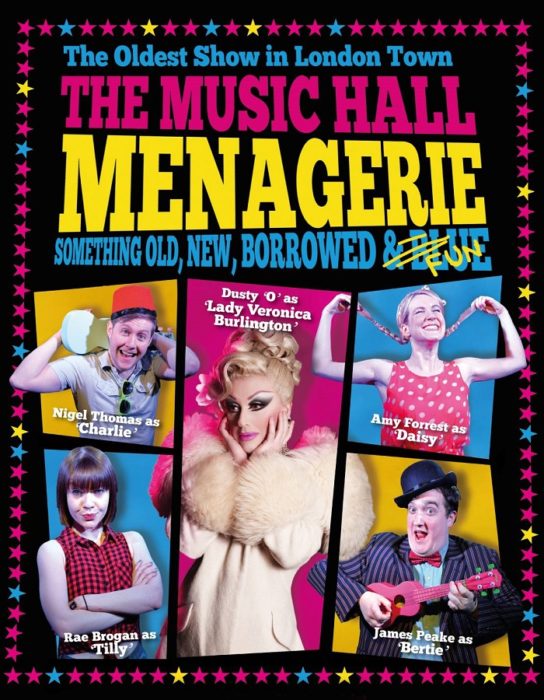 You don’t need a time machine to visit the golden era of song and dance. The Music Hall Menagerie is a night of mindless revelry and diverse entertainment that will leave you laughing head over heels.

For those of us unfortunate enough to be born in the last century (or later), The Music Hall Menagerie allows us to experience the fun and folly of 19th century music halls. True to the spirit of “menagerie”, the show is made up of 20 different acts and skits with inspiration ranging from popular sketches and songs to advertisements.

There’s a tap dance involving no tap shoes, an All by Myself sing-off and a ukulele medley to boot. An old lady’s ukulele cover of Victoria Wood’s Pam, where she confesses her love of tea and biscuit over love and cuddles is a hilarious success. For those with a short attention span or perhaps a propensity to boredom, this show is guaranteed to keep you entertained.

The show is hosted by the glamorous grand chanteuse Lady Veronica Burlington; her name is a cheeky nod and wink to the Burlington Arcade, the go-to place for gay cruising frequented by the likes of Oscar Wilde. She is supported by four talented entertainers in Rae Brogan, Amy Forrest, James Peake and Nigel Thomas and the casting is spot on: there is no better person to host the evening than the Soho legend Dusty O, a polished drag queen and promoter who’s been doing this for 25 years. The entertainers alongside her demonstrate a plethora of diverse talents from singing and dancing to impersonating and their humour comes in different shapes and forms.

While all the actors have their own charm, the choice to incorporate Lady Veronica Burlington into some of the shticks, competing with the actors for the audience’s attention, is confusing. Don’t get me wrong – Dusty is absolutely charming when she’s hosting the performance (or producing “fillers”, as she self-referentially admits) but it is difficult for any host to upstage four high-energy actors, especially when her character is elegant and composed.

The choice to place the performance in the Lounge has its pros and cons. With a capacity of no more than 30, the Lounge is a tiny venue far removed in size from the London music halls of old. However, the intimacy of the venue does represent the relatively casual atmosphere of the music hall.

The informal space allows for easy interaction between the audience and the cast, allowing the former to experience the happenings on stage to the fullest. They can cackle to their hearts’ content without attracting side eyes; in response to the eruption of laughter, the actors sometimes find themselves smiling out of character, which triggers even louder laughter from the seats. If this were in a proscenium theatre with a bigger audience, the actors would be deemed unprofessional, but in a small venue like the lounge, the vibe is much more easy-going and everyone is here for the main purpose of having a good time.

If the idea of Something Old, Something New, Something Borrowed and Something Blue Fun without the usual lifelong commitment) appeals, The Music Hall Menagerie will not disappoint. A nod to the glorious past and comedy traditions with a contemporary twist, this show will keep you laughing until your jaw hurts.