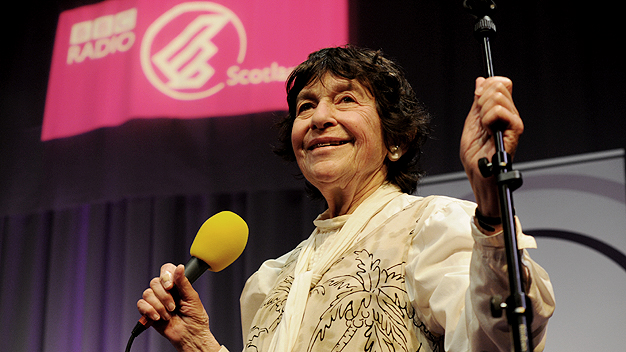 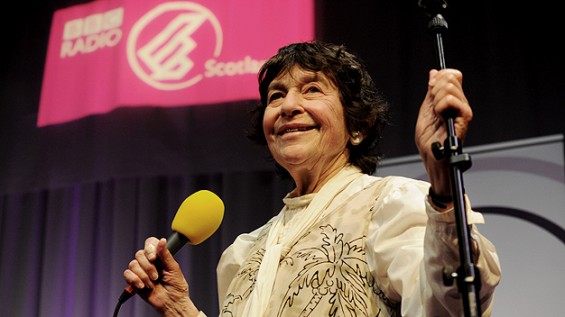 Lynn Ruth Miller is one sassy octogenarian. Within five minutes of appearing onstage at a packed Soho Theatre, having announced “Hi, I’m 80 years old. I’m your future,” she’s down to her skivvies, displaying a set of pins and cleavage that defy her years.

Perhaps best-known for her appearance on Britain’s Got Talent in 2012, Lynn Ruth has also published five books and won several awards for her stand-up comedy, not least last year at the Edinburgh Fringe: this special Soho Theatre run of Granny’s Gone Wild was her prize for winning the Time Out and Soho Theatre (TO&ST) Award there.

But to enjoy Miller is to understand one thing: be loose about it. Be as loose as she’s quick to tell you she is after two failed marriages. She doesn’t care that, whilst co-performer Robert Pedigree’s accompaniment is sublime, she doesn’t sing the notes that well. The message is there nonetheless: that she’s lived it all and if you’re smart you’ll listen to what she’s learned.

Never does Ruth lose control of her audience. Just as you feel she may be beginning to ramble and we’re in the presence of Grandma after one too many sherries, she’ll point one finger at you, fix you with her dark, quick and laconic eyes and tell you (before her rendition of Drug Dependency) “Oh this isn’t human awareness, it’s crack.”

When Miller sings about fighting cancer, only with the classic Gloria Gaynor lyric changed to “As long as I can use a comb, I know I’ll stay alive” it is at once both abnormal yet life-affirming. She wins you over with her sincerity and the indomitable truth that here’s a chick in her eighties who really, really wants to just have a blinkin’ good time.

The most moving and poignant part of the evening is undoubtedly her rendition of a song where we see her in shadowed profile, singing I Wanna Fall in Love. After all her shtick and bravado, it’s touching. When she complains about online dating and that her options are now limited to being “a nurse, or a purse” we sympathise. This astoundingly talented lady is far too good to be either.

Audience participation in the form of singing along, wearing wigs and dancing with her at the end of the show are strongly encouraged. Let go and do it. If there’s one thing you must take away from this compact hour-long performance, it’s that you’re never too old to talk sex, drugs, burkha-wearing as a pulling outfit and going after what you want in life.

Lynn Ruth Miller continues at the Soho Theatre until 22 March. More information can be found on the venue website.