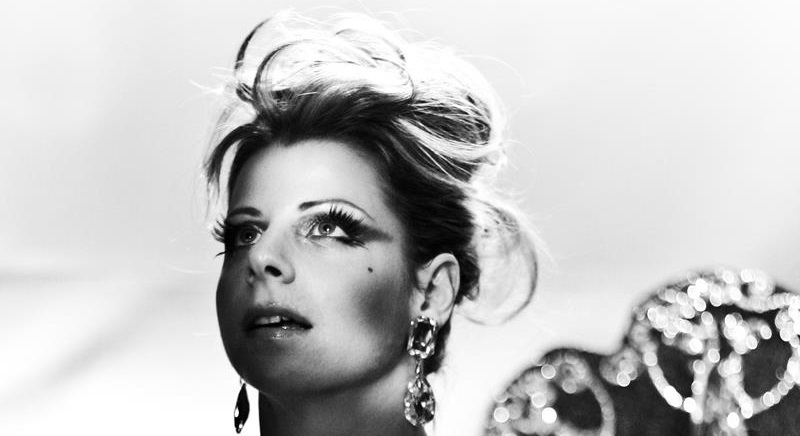 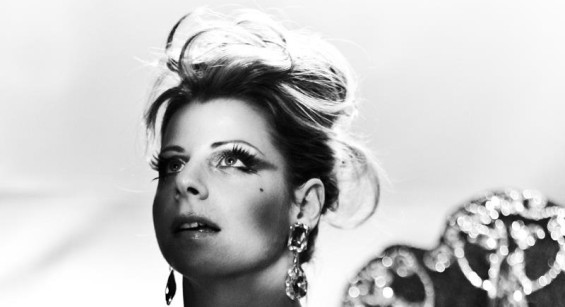 Lady Rizo will be at the Soho Theatre until 4 January.

Lady Rizo bursts onto the stage at Soho Theatre Downstairs like a shiny bauble of high octane energy and hits you with everything she’s got. All sheath dress and chandelier earrings, she may have the look of the classic chanteuse, but this West Village Mistress of Ceremonies has a rock star’s edge and a kookiness that will have you eating out of her satin-gloved hand in a New York minute.

The problem with having an opening number that packs the punch of an encore is usually that the only way is down. Not so here, as Lady Rizo (aka Amelia Zirin-Brown) proves she can keep the room enthralled throughout an eighty minute set and still make you sorry it’s over. The musical content of the evening largely combines the Great American Songbook with brilliant, original material from her recently released album, Violet. She won a Grammy in 2010 and her reinterpretation of fellow award winner Jamie Foxx’s Blame it (on the Alcohol) with its BBC-endorsed lyric “Fudge that Negro” is the odd hilarious surprise thrown in.

Lady Rizo first began performing in New York in 2004, co-creating the cult caburlesque show Lady Rizo and the Assettes with her close friend and dancer Amber Star a year later. She became the inaugural winner of Soho Theatre and Time Out TO&ST cabaret award in Edinburgh in 2012, confirming her place alongside international cabaret luminaries, Camille O’Sullivan and Meow Meow.

Check her website and you’ll see she’s rumoured to be “the product of ‘a night of unrestrained indulgence between Peggy Lee, Mel Brooks, Nina Simone, Dean Martin and Janis Joplin'”. The raw power and richness of her voice in Love for Sale and Temptation is a raspy amalgamation of four of the above, with Mel Brooks supplying liberal amounts of Jewish humour throughout.

Health and safety might stop the onstage Hanukkah candles from being lit, but they’re still a good visual gag and she’s never short on chutzpah. Between songs, Lady Rizo has something of the Rat Pack raconteur about her. Whether she’s olive-bobbing in her martini glass or recounting tales of her lounge singer days on board an Alaskan cruise liner, she’s happy to share her gin-soaked past and cover it in glitter. She’s also happy to share her costume changes, selecting a member of the audience to go behind a back-lit screen whilst she dons her second outfit and gently quizzes him about the time he lost his virginity. It’s all good humoured fun and is the perfect filler, allowing her to return in a show-stopping sequin dress without breaking up the action.

If you see any show this holiday season, make it this one. Funny, charming and fiercely talented, Lady Rizo is one of the top cabaret picks of 2013.

Lady Rizo continues at the Soho Theatre until Saturday 4 January.

On New Year’s Eve, you can also catch her at a special NYE edition of Camp. More information on that show and our other selected cabaret NYE parties can be found here.