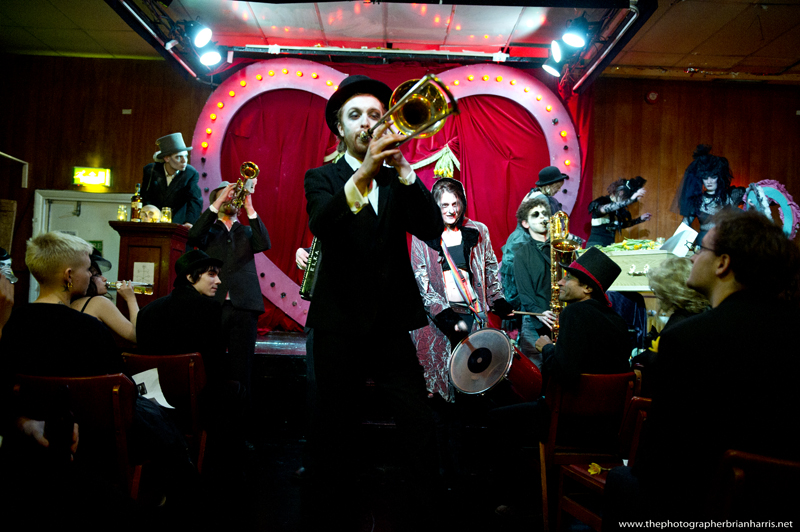 Take a twist of Bayou blues and British burlesque – then throw in a dead body. It’s party time. 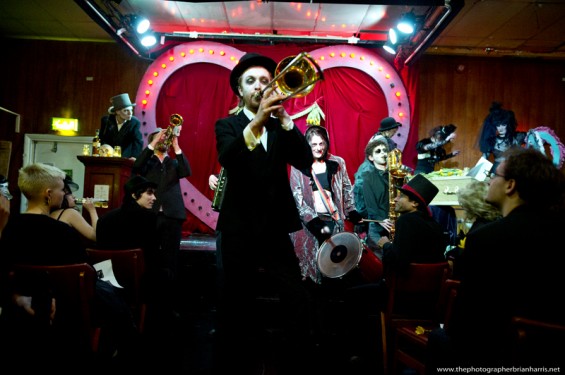 The end is nigh: this new monthly night combines cabaret action and interactive fun.

A New Orleans or “Jazz” funeral begins with a steady procession from the house of the deceased, mourners singing a dirge. African American Protestant Church traditions combine with post-colonial European brass bands, then a hint of Louisiana Afro-Creole music kicks in as the dead is laid to rest, and the tempo rises into a frenzied celebration of life, honouring the spirits and cutting the body loose.
Riffing on this theme is new regular night “It’s Your Funeral” at Bethnal Green Working Men’s Club. Guerilla Zoo founder James Elphick and Charlie Buckitt of the Late Night Shop collective present “mournful humour and morbid performance” as each month a notorious character is bid farewell (no, not her – someone like Baron Samedi).
The revellers – that’s you – wear black, or any Voodoo/Haitian-inspired-politically-correct attire. It’s easy to get into the swing of things as the performers mix with you before the main event kicks off. The evening sees, amongst others, Rubyyy Jones, Mr Mistress and la Buckitt herself take to stage. A funky brass section and looming coffin also help deliver the goods. The Bethnal Green Working Men’s club works surprisingly well as a funeral venue, putting a uniquely grimy British twist on an exotic tradition.
The cabarettists take turns to honour the dead in their own special way – which includes the standard fayre of fire-eating, burlesque, chanteuse, and more fire-eating. But there’s also little skits such as “who can out-mourn the other, diva-style”. Those “brave” enough are whisked away to some secret room where they can experience what your own funeral might be like (on the whole, quite pleasant actually).
As an opening gambit, it’s a promising night. There’s certainly room for morbidity in the capital’s now swollen swing-scene. But it needs to be a little tighter, with more variety and less cajoling of the audience – we want to mourn in our own way (by which we mean bourbon and entertainment).
The show returns on Thursday 9th May. Go commiserate and celebrate as another notorious character is laid to rest. The organisers are not saying who will be going under but did hint it may be “a famous clown”. Make of that what you will.
It’s Your Funeral. Produced by James Elphick and Charlie Buckitt. Bethnal Green Working Men’s Club, London, E2 6NB. Second Thursday of the month, 20:00. £7.00-£10.00.www.itsyourfuneralparty.com