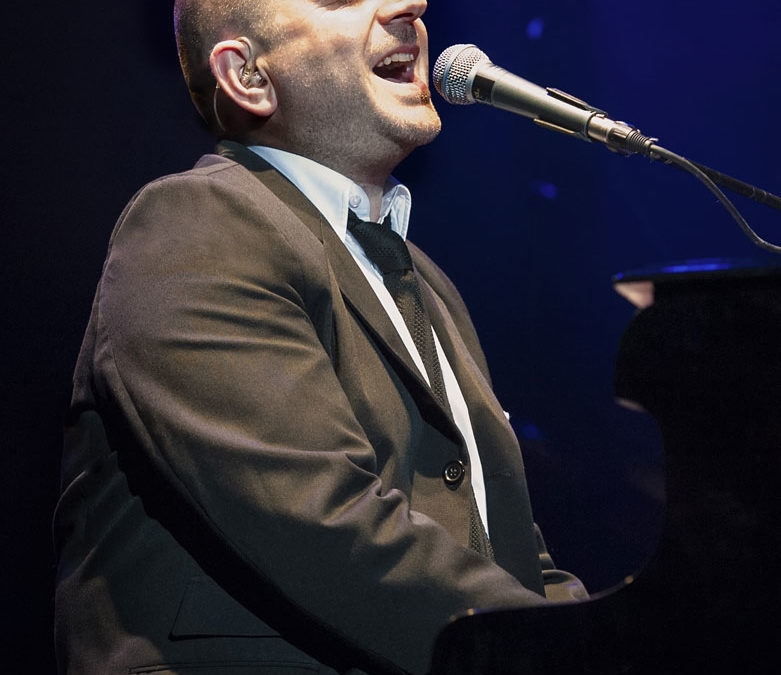 Now the Piano Man himself doesn't tour internationally, Elio Pace is your go-to guy for the authentic Long Island sound.

A shouty songbook show with a 1980s ‘Opportunity Knocks’ loser? Of hard rock? On a Sunday night? At the arse end of the District Line? What have I done to deserve this?

Even though I’m a long-time Billy Joel fan, the prospect of a soundalike gig on the wrong side of town felt like a mission. The previous night at the O2, Bette Midler kept 20,000 enthralled. At Richmond, Elio Pace had an audience of 300, but with a combined age nudging 20,000.

But even in a cherubs-and-red-velvet theatre where stadium rock meets Frank Matcham architecture, he knows how to work them. Midler told her adoring throng ‘If you feel like singing along … don’t, there’s only one diva in this room” but Pace opens with an invitation to sing when you like because he knows the Billy Joel back catalogue often contains ‘milestone’ songs people remember from weddings, or birthdays, or – increasingly given the age of this audience – memorials. He also knows how to bring an audience to its feet, and even to risk their hip joints by dancing in the aisles: sensibly this is confined to the last 20 minutes of the show, apart from a couple of dinner-lady types in Marks and Spencer separates who simply peaked too early in the second row. 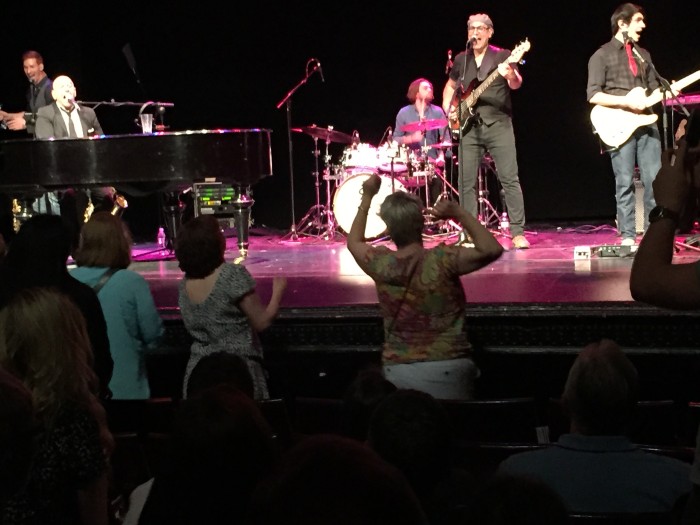 He might look more like Billy Joel’s cab driver than the Piano Man himself, and at 47 is safer in a roomy suit than ‘engineer boots, leather jacket and tight blue jeans’ but he’s every bit his equal on the keys – orchestrations are meticulous, drum fills and guitar patterns superbly tight so he really does produce the ‘Long Island sound’ time after time.

And the band. Boy, can Pace put a band together. You’d think these guys had worked as a group longer than Roger Taylor and Brian May – guitarist Neil Fairclough even served some time in Queen – and it’s a crying shame that Richmond marked the last gig for outstanding tenor sax player Luke Pinkstone, smooth and light as Stan Getz on ‘Just The Way You Are’ but full-throated and raunchy in the thrashier numbers.

It’s a strenuous gig, as much for the audience as the band since they tend to mime or move along to the familiar songs – from Movin’ Out to River of Dreams, interspersed with rarities like the Root Beer Rag, it’s all here and linked with neat and personalised anecdotes about how the songs were conceived and a nice illustration of Joel’s classical musical training when Pace plays some of the intros in the style of Beethoven or Mozart.

Vocally, it’s not always spot on, but this is an interpretation rather than impressionism. Even so, loudness doesn’t make up for imprecision and in songs like Say Goodbye To Hollywood and Allentown Pace could listen more carefully to the way Joel lingers on the notes, with a more melodic tone, and to his delicate placement of consonants not just in the ballads, but even when belting Captain Jack to Yankee Stadium.

Talking of Captain Jack, I really don’t think the gleefully gyrating dinner ladies knew it was about a heroin dealer.

In a 120-date tour over a couple of years, it’s great that Pace continues to bring Billy Joel’s music energetically alive and to places Joel won’t tour any more, and he does it with the great man’s blessing. He’s also been booked to headline with the original members of Joel’s touring band on gigs across the States.  Can’t get better endorsement than that.