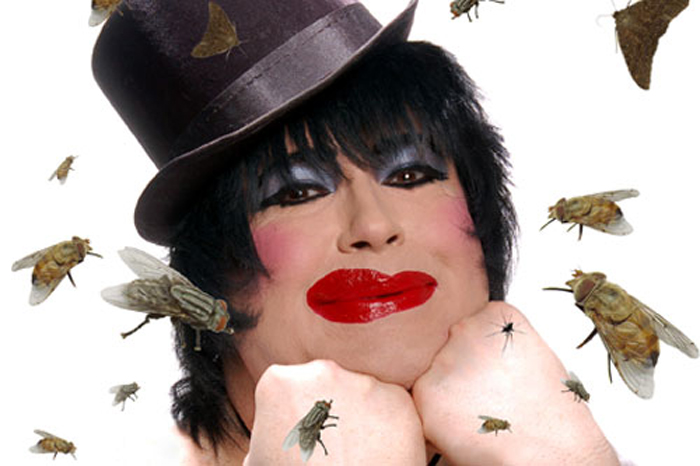 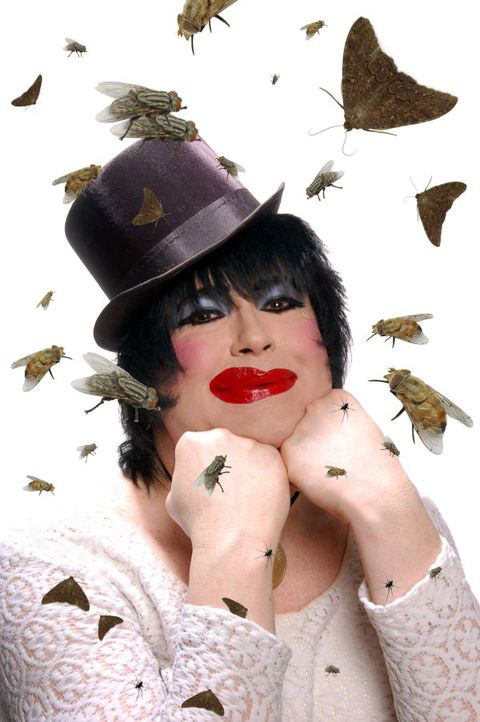 Dina Martina does for Middle America what Little Britain does for UK working classes: a rip-roaring insight into the absurdity of mass ignorance. Mad as a bag of frogs, the Seattle-based drag queen goes for the jugular with the committed iconoclasm of satirical solo show Moribund.

A multi-award-winning act that has played to sold-out crowds in Vancouver, Seattle, Portland, San Francisco and New York, she has developed a grassroots following over a stage career spanning more than two decades. In that period, she has shared bills with some of the campest idols in the world, from Nina Hagen to The Village People.

The loud diva looks messy and sounds messier. With lipstick seemingly applied during an epileptic fit in the dark and a wardrobe a Big Issue vendor would reject, she boasts a slapdash singing voice that could only be worsened by the pseudo-French lilt of her delivery. What comes out of that carnage is visceral, side-splitting parody, aided by an arsenal of video projections, facial contortions, spoken word, song and dance, to mention a few.

Martina defiles everything her targets hold sacred, satirising their limited worldview. She personifies the type of American who thinks Australia is in Europe. Her astounding comic vision shoots in every direction, from climate change denial to the great speeches of American presidents.

The high-handedness of her relentless attack on the people who elected two President Bushes can occasionally reek of intellectual snobbery. That, however, doesn’t diminish the seriousness of her argument: Moribund sounds a clarion call for increased investment in education and enlightenment to save us from human decay.

Regardless of what you think of our cousins across the pond, the humour and sarcasm of Moribund is absolute genius. Dina Martina finally debunks the great British stereotype that Americans don’t do irony. This one does, and deliciously.