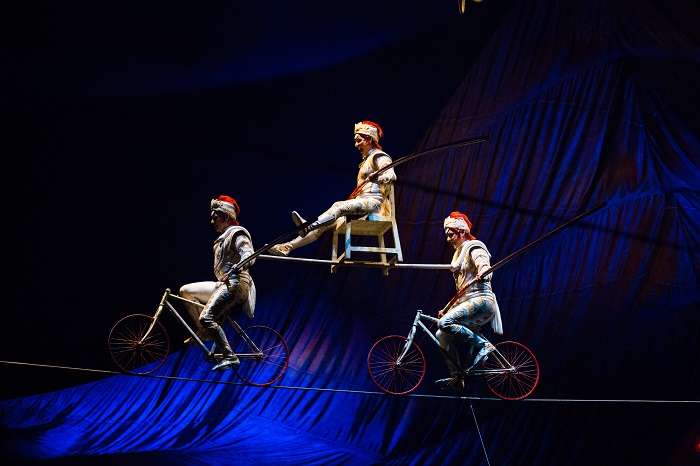 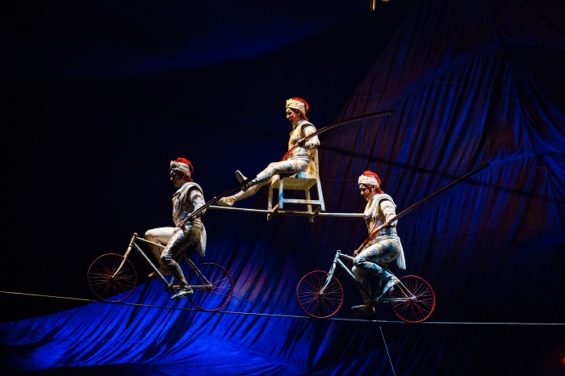 Like some grey-haired lothario, Cirque Du Soleil’s Kooza has casually strolled into town again showing both its age and style in equal measure.

Having debuted in 2007, this isn’t the latest, greatest show from the Canadian circus troupe but there’s no shame in being a bit long in the tooth when the thrills are as plentiful as they are here. Better to be distinguished than extinguished, we say.

Cirque’s success is, in part, down to its numerous and immense productions which have criss-crossed the globe (Bern is Kooza’s next stop when it is done with London). We imagine that when billionaire founder Guy Laliberté was orbiting the earth five years ago , he must have enjoyed pointing out the many cities that his brand has conquered.

Quite why Kooza has been kept around for so long is a bit of a mystery. Sure, it has a broad international feel to it which translates well into any culture with a funny bone and an ability to be wowed by stunning physical feats. The show’s clowns get around language barriers by employing lipsyncing, slapstick and base humour but is so hammy that it generally comes across as just so much mummery. What could add a more human feel amidst the superhuman acrobatics feels hackneyed, distant and self-serving. It is at times like watching the Ferrero Rocher of circus.

The highest points of Kooza are, well, high. Keep your eyes to the sky to catch the best of this show. Stilt-walkers spectacularly somersault off teeterboards and a foursome highwire routine sees two pairs of tightrope walkers saunter, jump and cycle metres above the audience. Looking like a couple of revolving man-sized hamster wheels, The Wheel Of Death is a big frightening giant of a prop which flings two men around and around while they run, leap and skip inside and outside of their cylindrical cages. It was featured in Cirque’s movie flop Worlds Away but there can be no substitute for seeing this particular act live.

Down below, the ground-based entertainment is a mixed bag. The expanse of the stage means that the impact of the contortionist triplets and the unicycle duo are diminished. Thematically, Kooza is all over the place. Kiddy-friendly action and characters are slung in alongside a dark mid-show death routine featuring a chorus of dancing skeletons. The music is inspired by everywhere and nowhere and, while the live bands add to the atmosphere of the show, their output is not much beyond high-energy muzak.

Punters should not be asked to pay from £42.50 (for the cheapest child ticket) to £213 (for a VIP experience) for clowning antics not fit for CeeBeebies but could reasonably expect to be transcended into an experience worthy of the hefty price tag. Having said that, if you’re buying what Cirque are selling, you won’t be short-changed.

Since Kooza first emerged seven years ago, the circus landscape has changed hugely. Much of what was unique and powerful about this show then has been replicated – and bettered – on variety contests like Britain’s Got Talent. Kooza has changed throughout its existence, having ditched characters like the Pickpocket, but for all its world-class thrills and spills its current incarnation is beginning to look a little dated and the twinkle in its eye a little dim.

For more big top action this month, check out our editor Kate Kavanagh’s January round up.