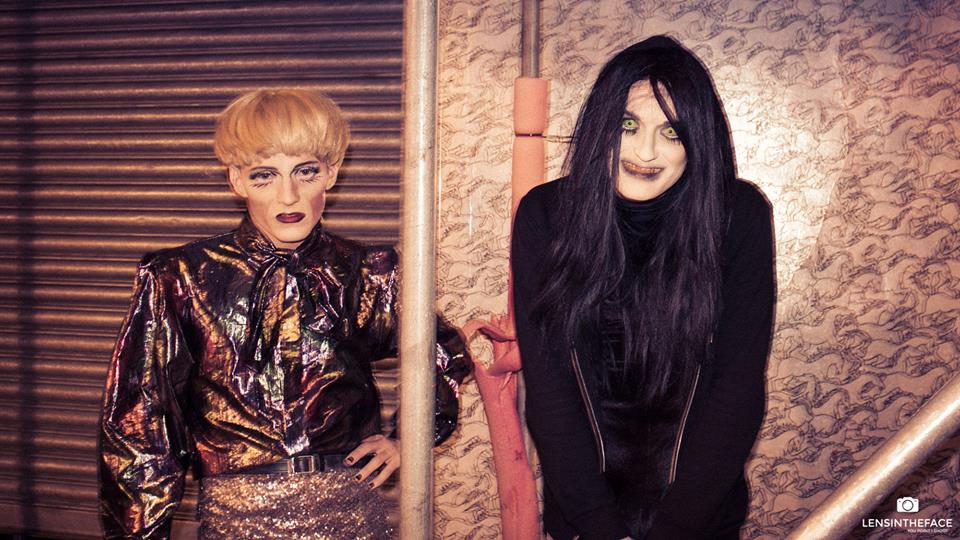 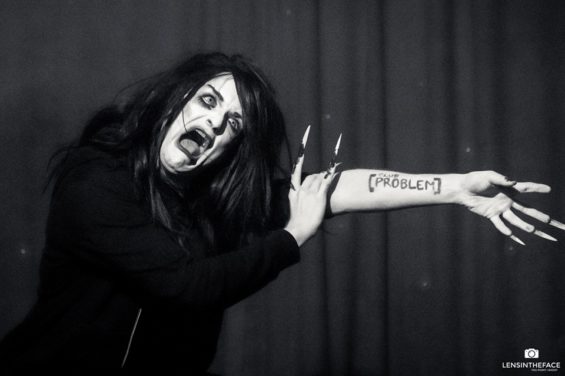 When Cabaret Roulette spins their wheel, there is no guarantee of what will come up. At heart, it is a great generator of new acts provided by some of the best variety artists around. Each show takes its cue from a theme voted on by the audience. Based on that, a fresh cast is given two months to prepare brand new materials to debut on Madame Jojo’s famous stage. Many of the cabaret genres are represented here ranging from musical comedy, drag, bump n’ grind burlesque to mime.

The theme for this seventeenth episode of Cabaret Roulette, is “Addiction”. The eight artists involved on this occasion all interpreted the theme differently. Some performers choose to surprise us with unusual forms of compulsion, such as Kiki Lovechild’s obsession with entomology, Peggy de Lune‘s uncontrollable urge to make ‘real Facebook friends’, and Bettsie Bon Bon‘s addiction to smearing glitter all over herself.

Some artists choose to stray somewhat off the dictionary definition of the night’s topic. Standup comedian Ria Lina talks about something we wouldn’t usually call addiction – the American accent she acquired in adolescence and hence unable to shake off. Fully aware of the risk she’s taking, Ria saves her act by delivering a hilarious musical standup and descending into an angry rant about her annoyance with the Cockney pronunciation of water (“wa’er”) until the compere drags her off stage.

While the plethora of acts in the lineup are dazzling, there are two particularly delightful ones by performers who choose to tackle the issue of addiction head on with grace and skill. Neo-drag performer Lydia L’Scabies embodies the addiction in her act Street Urchin, a creature of the night subservient to the clubber’s thirst and compulsion. With a ghoulish face, green eyes and witchy black hair, L’Scabies gives us a stylishly terrifying performance. One minute she is the pitiable lone child singing to a chilling cover of The Nobodies; the next she is a demon enchanting you with nails that could pierce your heart, and eyes that could steal your soul. Her performance is spellbinding, and L’Scabies is a truly addictive l’enfant terrible who shows us how drag can be much more than only glamour and beauty.

Another memorable act of the night is singer Joe Black’s dark cabaret which is equally stylish but adds a touch of theatrical sophistication. His view on addiction encompasses common vices such as Netflix binging and compulsive buying, as well as his guilty pleasures of lip-syncing to prank phone calls and impersonating Marlene Dietrich. Black is a charming performer who has an incredible control of beats and pauses which helps him navigate from one anecdote to another with ease and charm. His unique brand of humour is self-referential and shows no regard for the fourth wall, making him very approachable and likeable.

There’s no better way to put it: Cabaret Roulette is hands down the best vaudeville show I’ve seen in London. It is a truly phenomenal event being a great platform showcasing new artists to new audiences. It is an evening full of surprises where the audience are forced out of their comfort zone into the creative mayhem created by an exciting selection of performers, all of them outstanding in their respective genres. Don’t miss out their their second birthday bash next month which will feature some of the best acts of the season.