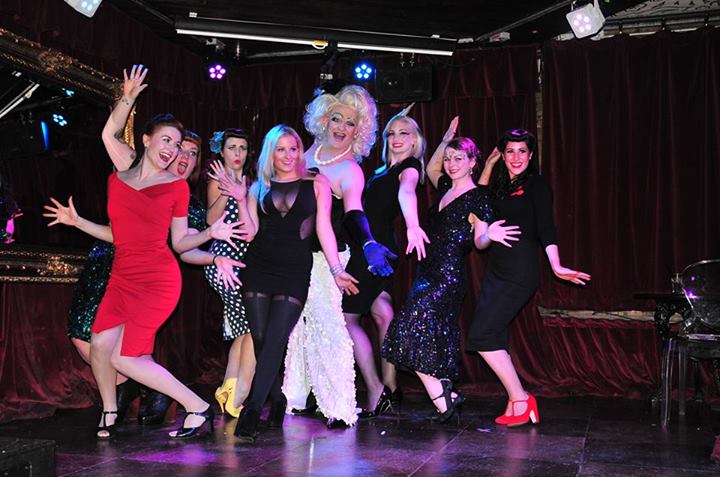 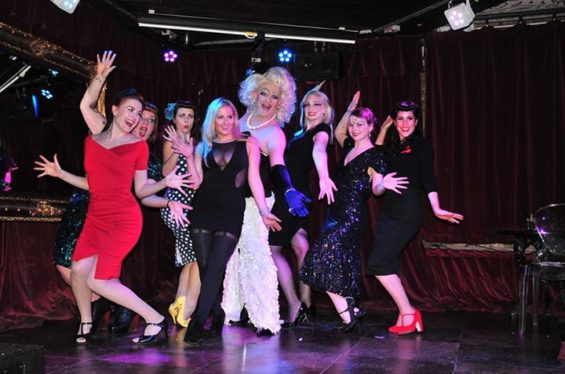 Can students from two competing schools ever come together to create something new? Can they shake off their diverse tutelage to perform on the same stage or will they always co-exist like star-crossed lovers who see each other across a darkened burlesque parlour knowing they must never betray their origins? Well, here comes Burlescapade ready to find out for their first night with a cast of debutants from both The Cheek of It and Burlesque Baby, both of which claim to be among the leading burlesque schools in the UK.

The idea behind the night came when two of the schools’ students found that, as they would be out of the UK, they would not be able to make their graduation. Rather than miss out, they decided to organise their own event and, after looking around for others just starting out, they came up with tonight’s lineup albeit, going by the flyer, some last minute changes.

Confidence is integral for new performers and every one of these new showgirls stands up fearlessly in front of the crowd, despite occasionally looking like they are concentrating on what must be new material. The compere, a drag artiste going by the name of Matron, can clearly be seen with a card that has the words for the opening song on it hidden poorly under a peacock feather, but she pulls it off somehow and the night is fun and friendly.

Miss Oopsie Ohh‘s brilliant turn as a clumsy geeky girl, burdened by her shyness and an awkward manner, is a winning one. Fellow burlesquers Rubyyy Jones and Phil Ingud also have geeky routines but, speaking to this showgirl after the show, she told me that her inspiration for the routine came from neither of these artistes but her own life: the character is based on an exaggerated version of herself as she often bangs into things or knocks them over which made her onstage stumbling and bumbling persona second nature. This is perhaps why it seems the most well rounded of all the acts.

Portia Lynn also starts and finishes well with a doll-like routine that is made up of jerky robotic movements, which are quite uncanny, though they do get lost a little towards the middle of the act. Other starlets – Bebe van der Belt, Coco Cane and Monaco Blush each perform funny and cheeky routines that go down well and have a noticeable hook to them. Thankfully, no-one opts for a purely sexy routine, which is all for the good with humour winning out over outright titillation at every turn.

Though a little rough around the edges, this was a strong first night from a bunch of performers who all showed promise. Moreover, the atmosphere and the audience were both encouraging; first outings are always nerve-racking.

For those who enjoyed or missed out on this debut show, there is some good news. A second joint outing has been tentatively scheduled for the end of March 2014. Watch this space for more information.