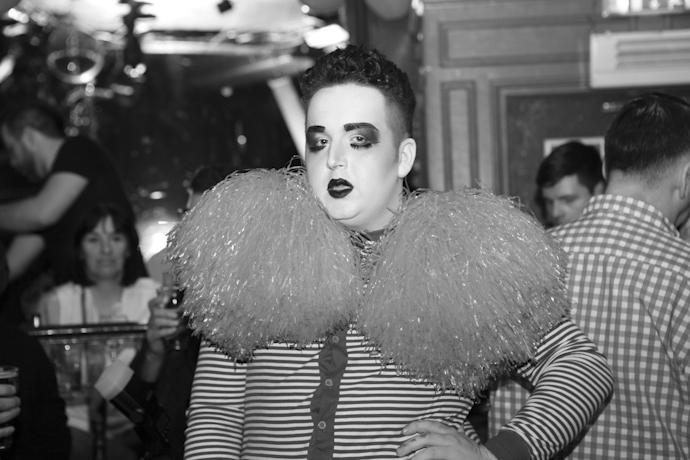 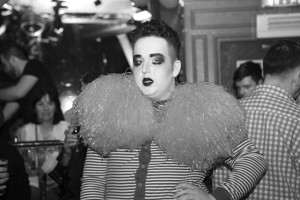 Put down that pot of healthy bio-yogurt and check this out: not everyone wants to be thin. Shocking, we know, but TIC columnist Scottee has never been one to adhere to society’s rules. The second year of his Burger Queen contest at the Royal Vauxhall Taven was a fun-packed five-part celebration with four weekly heats needed before a final crowned this year’s winner.

The heats brought out an eclectic collection of judges, attendees, candidates and not a small amount of controversy. Sven’s ex Nancy Dell’Olio popped in and RVT regulars Myra DuBois and Fabulous Russella were amongst those running the rule over the entrants as they competed over three rounds (Trend, Taste and Talent). We’re still shaking our heads with wonder over how Sister Sledgehammer and her recitation of ancient French-language S&M poetry persuaded the Week 1 judges that she was superior to Jayde Adams and her barnstorming SuBo-esque routine. In terms of reactions to the two performers, it was polite applause for the former and dropped jaws for the latter yet the pornslinger won out. 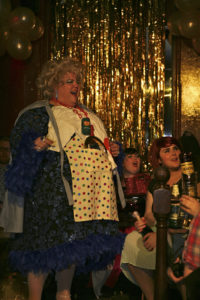 And the winner is...

The four finalists were a decidedly diverse bunch. Fatleen Hanna came as a sexy hamburglar and gave a rousing speech against “fattism”. Ibiza gave us all a belly laugh or six with the line “I have two lovers and I date other people; fat people are so greedy” before leading the crowd in a group reading of her new poem Lovely And Slim. Sister Sledgehammer abandoned her earlier erotica in favour of a ukulele recital of new Magnetic Fields song Andrew In Drag before Gloria Swansong let rip on Alannis Morissette’s I’m A Bitch I’m A Lover.

After the arrival of an avalanche of diabetes-inducing delicacies that was the Taste round, the judges conferred while Scottee put on a fine series of diversions, not least a duet with his musical idol (and Burger Queen judge) Lisa Stansfield. With deliberations ended, the judges announced their choice of Burger Queen 2012. And the winner was: 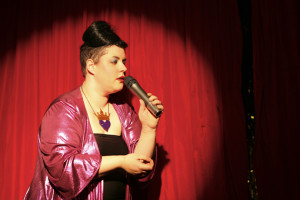 But that wasn’t all. Oh no. After over three hours of fun and frolics, high drama and low comedy, it wasn’t over — it’s never over — until the fat lady sings. Miss Annabel Sings obliged by letting rip with the a classic masturbation-championing Whitney Houston number (“The greatest love of all/Is easy to achieve/Learning to love yourself/It is the greatest love of all”). At least now we know what she was doing in the bath.