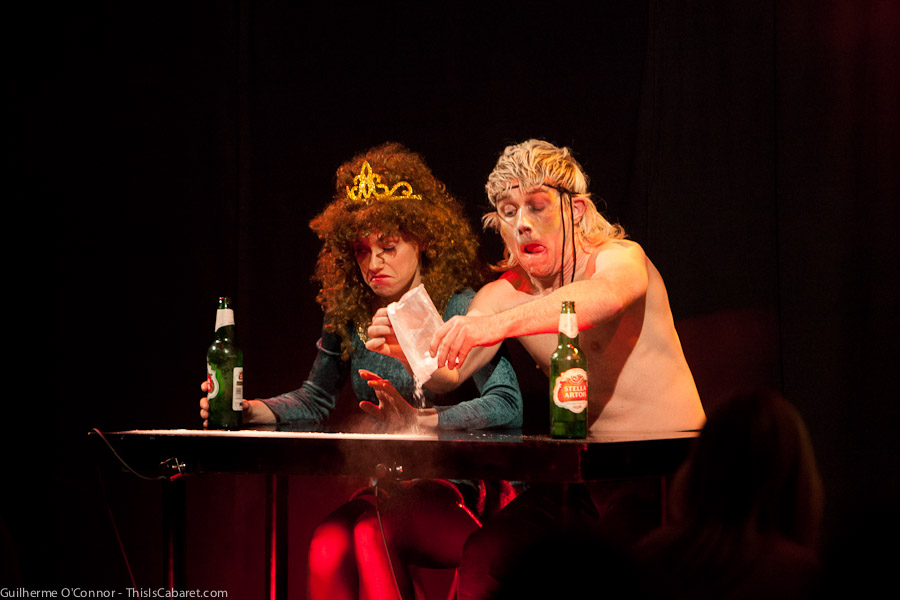 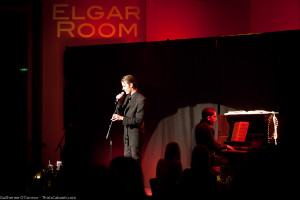 If Handel on Christmas, Swan Lake On Ice and large orchestras is what comes to your mind when you think of the Royal Albert Hall, think again. Last weekend The Boom Boom Club took over the Elgar Room at the celebrated Victorian venue, host to some of the greatest shows worldwide. And this is by no means a small achievement.

As in a typical show, the evening begins with magician Laura London performing magic tricks on individual tables to the astonishment of the public, but the show only begins when compère Dusty Limits walks onstage to use his always impressive three-and-a-half octave vocal range to sing Let’s Face The Music And Dance, before splitting the audience into two teams for an impromptu cheer-off.

The evening continues with Las Vegas diva Bernie St. Claire (one of the many guises of character comedy maven Sarah-Louise Young, of Cabaret Whore and Fascinating Aïda fame) and the gravity-defying dexterity of juggler extraordinaire Mat Ricardo, showing his seemingly effortless prowess in keeping safe from knifes thrown in the air and falling cigar boxes. His signature table cloth number is not only a feat of jaw-dropping technique, but also a triumph of expert comedy. 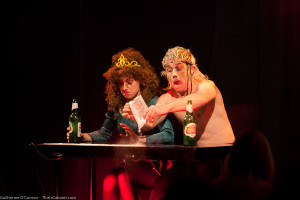 Up and Over It do their cocaine-themed hand dance

Before Dusty Limits’s return to close the first half of the show, international duo Up And Over It amazes the crowd with a cocaine-themed version of the hand dance act that failed to impress Simon Cowell. Of course, the impresario’s failure to find a way to exploit it is largely a compliment for any self-respecting artist. Up and Over It’s stunning showmanship speaks for itself.

The second half brought back Sarah-Louise Young as La Poule Plombée, a tortured French singer that once shared stages with Edith Piaf but was later abandoned by the French mainstream. Exiled to a country across the Channel where culture had yet to be invented, the chanteuse has certainly got her revenge over the little sparrow, winning the public over with the rapturous hilarity of her depressive (or perhaps merely French) chansons.

Amazing in name and in deed, headliner Mawara the Amazing raised big cheers while balancing more hoops than anyone could count in an eye-catching routine full of feel-good spectacle. Closing the show, the spellbinding Dusty Limits hits the stage to sing The Bangles’ Eternal Flame to an audience by now charmed into obedience: you too would say his name at his command. 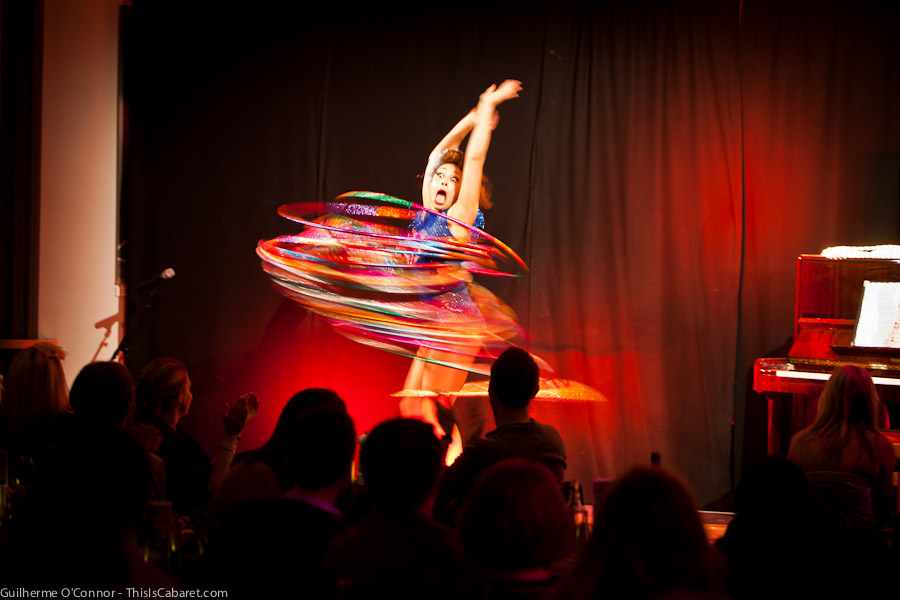 Mawara the Amazing balances more hula hoops than anyone can count

If you have seen The Boom Boom Club before, you are certainly familiar with the format and possibly with the top-of-the-range names onstage. Performers picking on the public, drinking their wine and bending them to their wishes might also ring a bell. Returning patrons, however, may have noticed a conspicuous absence of burlesque, as well as a more cautious restraint to their celebrated controversial tone, to last Saturday’s engagement.

Remarkably, this show sold out before The Boom Boom Club even mentioned it on their website. Considering that only four patrons raised their hands when asked if they had been to a cabaret show before, it’s safe to say the audience consisted largely of Royal Albert Hall regulars. Though unused to Boom Boom’s antics at the Old Vic Tunnels and its other incarnations around London, they were treated to a pristine show that may have lacked its usual edge, but not its high degree of entertainment and authenticity.

Could it be that cabaret is going mainstream at last? The versatility of The Boom Boom Club may be the only answer you need.