Review: The Black Cat Cabaret At The London Wonderground 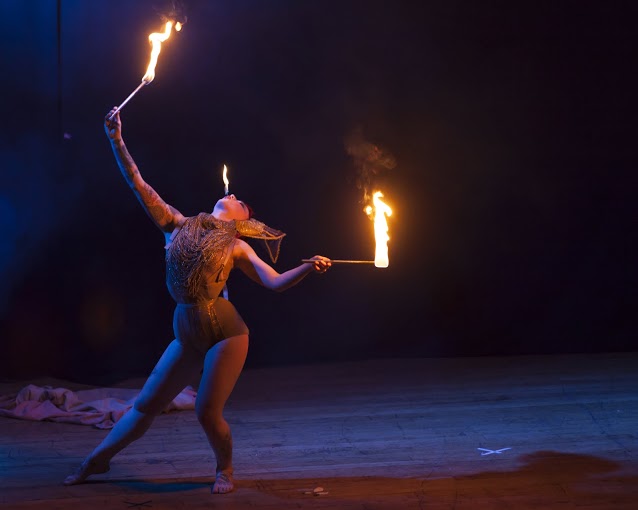 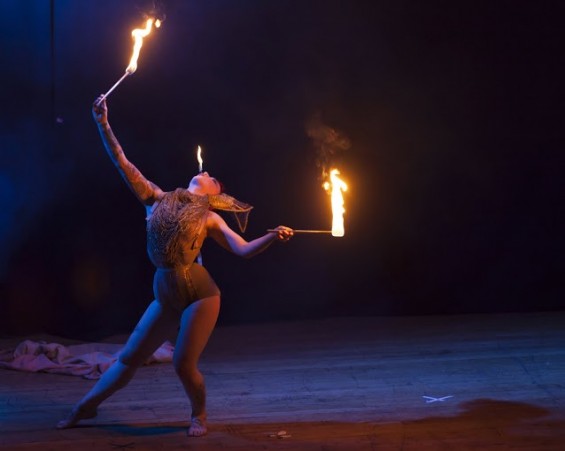 The Black Cat Cabaret continues at the London Wonderground until September.

Prepare for a night of fun, flair and frisky behaviour as The Black Cat Cabaret slinks over from its regular haunt at the Café Royal’s Grill Room to occupy the smoky realms of The London Wonderground’s amazing Spiegeltent.

Inspired by the absinthe-fuelled music halls in Montmartre, Paris in the late 1880s (not least the contemporaneous venue Le Chat Noir), The Black Cat Cabaret adds some modernity into the eccentric Parisian cocktail of traditional cabaret. There’s a dash of acrobatic wonder, a sprinkle of old-fashioned sing along and a constant sliver of spectacle and drama. Guiding us through the evening like a suited apparition of the damned is impresario and compère Dusty Limits. His promise to shock and awe our rather bourgeois group of onlookers generally lives up to expectations. With such a great variety of acts, it means that even if one or two fall flatter than others, there is generally enough skill and range on show that it’s difficult not to find several acts to champion and revel in.

Take, for instance, the comedic stylings of hula hoopist extraordinaire Jess Love. Although clearly a very talented performer – in 2009 she broke the world record for the most number of hula hoops spun at once (115!) – Love doesn’t let the hooping dominate the entire performance, which instead leans much more towards humour. Indeed, at one point her act sees her getting completely undressed in a cheeky last ditch attempt to keep her hula hoops spinning. It’s refreshingly different and a great break from some of the more serious acts we see throughout the night. However, provocative and captivating aerialist pair Katherine Arnold and Hugo Desmerais, who perform feats of wonder inside and around a hanging cage, add something from the more reflective side of the spectrum of performances on the night. It’s an act that is especially intense due to the additional element of the house band and some excellent lighting choices, as the booming beats and shady spotlights complement the mystery of the performance to a tee.

The music throughout the night excels, knocking every element of drama or frivolity up a few more notches. Impossible to miss too is the magnificent Spiegeltent where all of the action takes place – almost another character in itself. If you ignore the little onsets of technology apparent inside, it’s very easy to imagine oneself ensconced in the dark caverns of a seedy 1920s theatre, as the audience sit in the round against the backdrop of a small circular stage, where our performers twist and turn for our amusement.

You can catch The Black Cat Cabaret at the London Wonderground until September, each night varying slightly in the artists and acts on show. This nights’ acts, although not individually always outstanding, thrive as a collective – a magical trip back to the days of mysterious glamour all within the space of one thrilling evening.

The Black Cat Cabaret continues through June, August and September. For full date and ticket information, check out our Ultimate Guide To The London Wonderground.