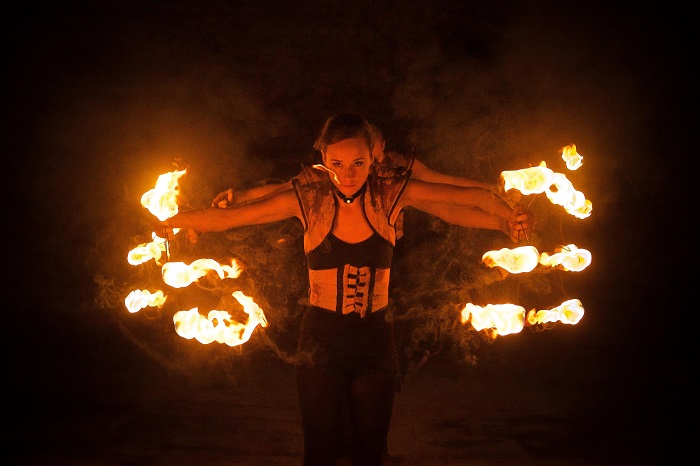 Persephone, daughter of Zeus has been abducted. Deep in the Underworld she fights against her imprisonment which has brought perpetual winter on earth.

This is the story of Becoming Shades, staged as part of the Vaults festival. The shadowy outlines of the forgotten myth have been reimagined for modern times by London-based company Chivaree Circus. It is also really about confinement and release and as a promenade piece in the murky tunnels below Waterloo, it does not have to try very hard to be the immersive experience it sets itself up to be. 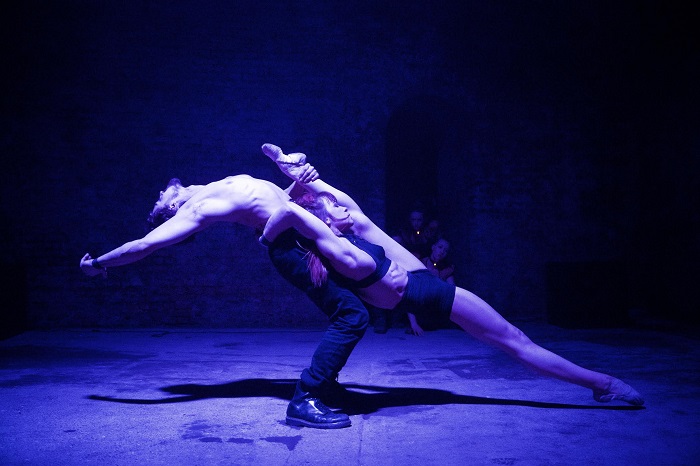 There are various performances here from the various denizens of Hell and, no matter how each set piece varies in skill and sophistication, the way they are weaved into the story and the neatness of the promenade style direction must be admired. A figure who resembles a skinny, faceless Fester Addams (Malik Ibheis) with flashing, lit-up hands gives us our pre-performance instructions like a freaky airline attendant. Later, he gently ushers us round the performances, telling us to sit and stand as if this is some kind of church or court. His presence and actions unify everything, whereas in other promenade pieces this mechanism can feel intrusive.

It is Persephone’s story, however. Her capture by Hades, the ruler of Hell, is imagined here as a love story and she both wants to escape from him and cannot resist him. The two tautly defined performers illustrate this magnificently, in tumble routines from silks and in balletic lifts. 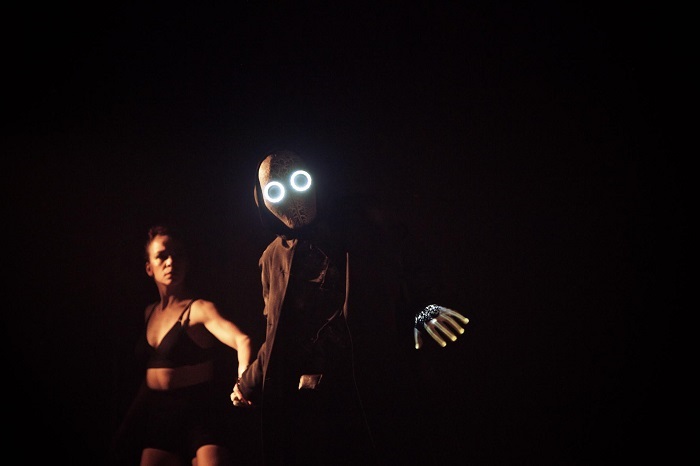 Persephone, though, is no dainty victim: her considerable strength makes the couple’s dynamic more even and, hence, more interesting. Being so close in the fairly small space also adds to our fascination but almost our discomfort too, a confinement of our own. There’s a feeling here of watching a lion prowl his cage in the zoo.

Elsewhere, the visibility of sheer muscle power work well with the Greek mythic origins, where physical prowess was celebrated in all its forms. For example, Hades flexes and parades his muscles at us before attempting to balance precisely on stilts on his hands, reminding us his body itself is as much an aspect of the performance as anything else. 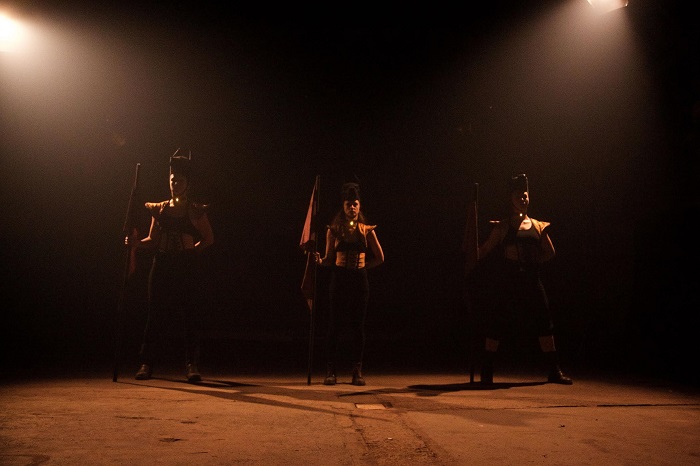 Release is brought out in the ways light is used. Candles are given to shared out amongst the audience so all can take part in a votive scene while pagan dancers brandish flaming candelabra. It is most successfully used through live music from Becks Johnstone, a singer-songwriter whose soaring notes have already filled London tube stations before she found herself here, performing under one. The contrast of her voice – part Portishead, part hymn and folk-like – with the darkness and musty air around her, gives her work added poignancy.

The light at the end of the tunnel for Persephone is she gets to visit Earth once a year to bring warmth in the form of Spring. In these bitter few weeks of winter, we sympathise with her yearnings, yet are glad to be released from the Vaults and the intensity of the night.

The Vaults festival runs from 25 January to 5 March http://www.vaultfestival.com/