Review: At Home with the Ludskis 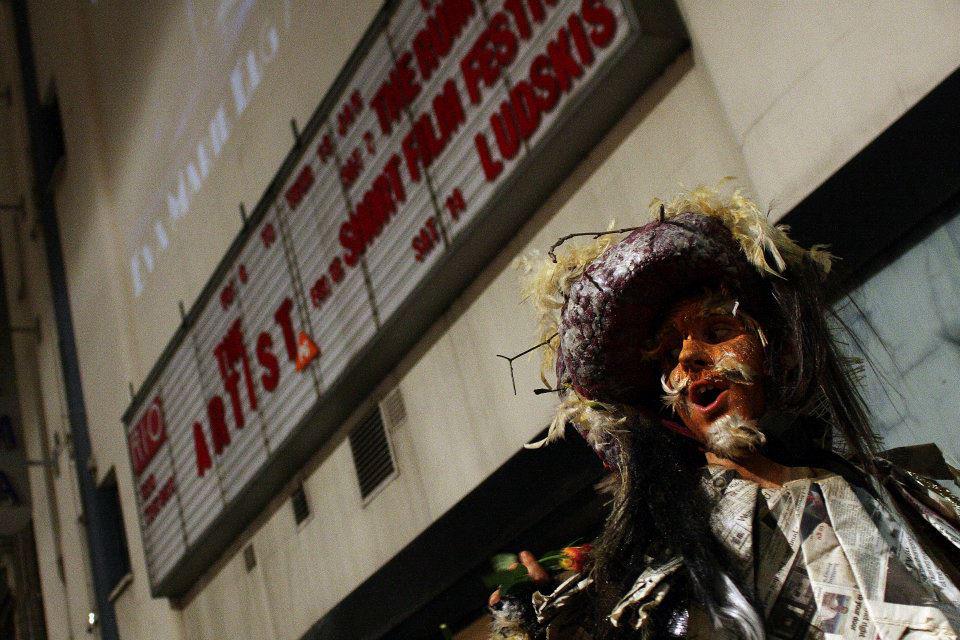 Art, film, music and live entertainment meet in experimental soirée At Home with the Ludskis. Although they deliberately avoid the word “cabaret”, the show is a pertinent addition to the genre’s landscape, blurring the boundaries of variety and performance art.

The uninitiated like me won’t know what to expect. Held on a Saturday night at the Rio Cinema, the event’s oblique blurb gives few clues as to what’s in store. Installations and art performances take place outdoors and in the basement downstairs, an ambitious move for a show running from 11:30 PM to 2:30 AM in Dalston, London’s most self-regarding hipster paradise. The main action, however, is in the magnificent art deco auditorium, complete with red curtain, stage and followspot light.

A tightly choreographed stream of guests follow from each other without introduction – after a welcoming address to her event, hostess Granny Ludski, merely watches the acts from the front row, virtually indistinguishable from the most elaborately dressed spectators. Extravagance is a staple of the evening in both style and content: a pink-suited Alexander Geist (who bears an uncanny resemblance to gender-neutral diva La JohnJoseph) sings disco with overtones of Weimar cabaret to a bass-heavy backbeat and a live accompaniment of violin and sax.

Acting troupe Flange Zoo enact a wailing procession of trees. Other acts include a sound piece about modern art being rubbish and a clever video by artist collective The Centre of Attention. The film bill also features Paul Wright’s Bafta-winning short Until The River Runs Red and more avant-garde pieces by the likes of lettrist icon Isidore Isou. Live acts, projections, and combos keep alternating seamlessly throughout the show. Seldom boring and often intriguing, the general vibe is one of oddness, with occasional daytrips into more murky territory. An obvious reference it may be, but David Lynch is never too far from the mind: dark themes framed within a puzzling but entertaining context. 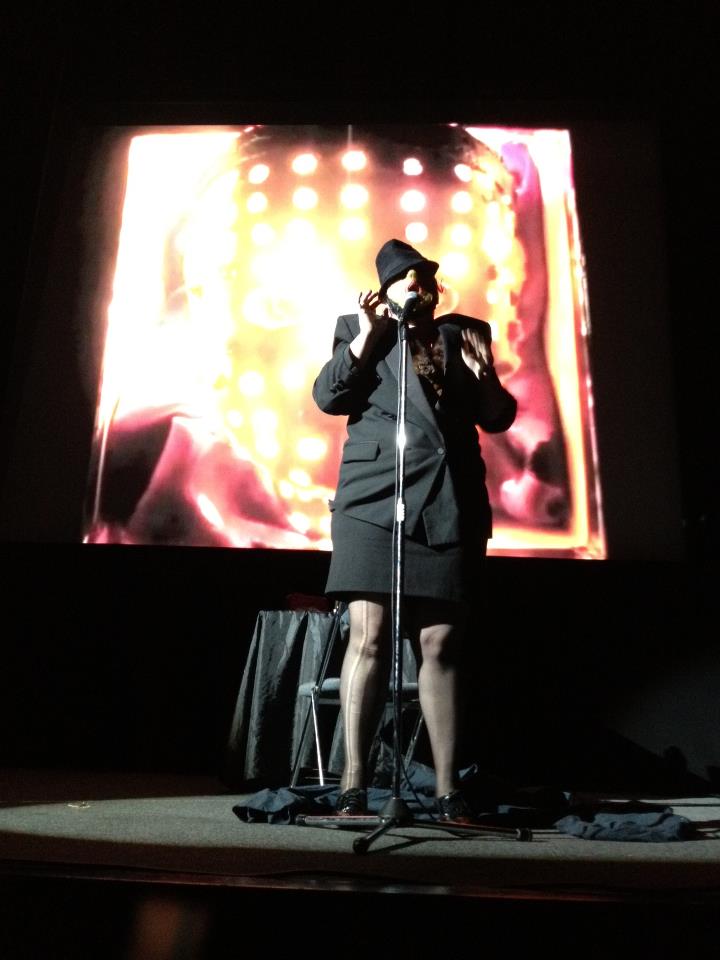 Backed by DJs Marc Dall and Callum Main, Eat Your Heart Out regular Miss Annabel Sings is both thrilling and defiant. Smashing up convention, she combines song, video, music, acting and burlesque in a mind-ravagingly hellish piece of epic theatre. Ironically, it’s a joy to watch. To witness all those mediums come together so effectively in a single performance, whilst holding a narrative and the audience’s attention, is a real achievement and a spectacle in itself. I’ve never seen a mix like that pulled off, yet pull it off she does – the house is spellbound. Stav B’s much shorter performance, comprising video projection, fire breathing and a lot – a lot – of feathers, is another. Both are great pieces of riveting choreography: dark, bizarre and unforgettable.

While the Ludskis broadly pull it off, the event has no more than a tentative grip on attractions beyond the stage show itself. It attempts an immersive, site-specific theatre a la Shunt, but the peripherals feel like footnotes – just too, well, peripheral. This leaves a lot of talent unexplored, even unnoticed, such as the excellent DJs of parallel party Comadisco and the many acts who performed downstairs.