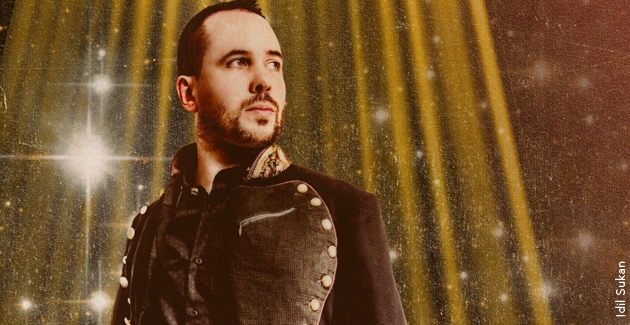 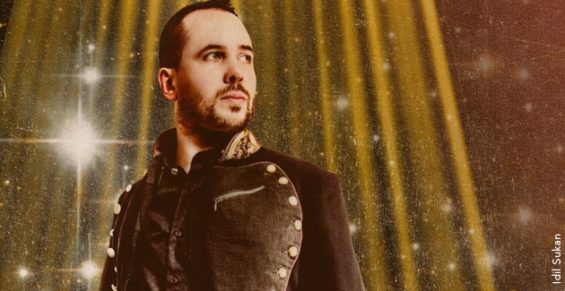 Abandoman’s new show will be at the Udderbelly tonight and tomorrow.

The word “talent” is thrown around far too liberally these days. With live entertainment so readily available in London it’s easy to get carried away in the revelry and become overly enthusiastic about the sub-standard. The same can definitely not be said for Irish rap improv group Abandoman. They’re back at the Southbank’s annual pop-up venue the Udderbelly with a brand new show Moonrock Boombox, and following on from their sell out shows at last year’s Edinburgh Fringe and commercial coverage and success on Radio 1, the high-profile act did not disappoint.

Despite the rather long and disorganised queueing system, once inside the venue is set out like a small scale arena, with tiered seating giving a great view from all around. There is no fixed seating with all tickets priced the same outside of the front-and-centre “Sirloin” seats for which you pay an extra fiver to enjoy.

The duo burst onto the stage with the same electrifying energy and stage presence that have made them such a success story in both the cabaret and comedy scene. With the addition of a keyboard player and drummer to the core duo of Rob Broderick and James Hancox, the new Abandoman sound slicker and tighter than ever.

The show has a pretty loose narrative based around the idea of taking the audience on a journey to the moon, using audience participation and their stories to guide the story. While this can sometimes dull an act’s rustic edge, they still maintained all the cheeky-chappy charm and the razor-sharp wit that saw them win both the Musical Comedy Awards and Hackney Empire New Act Of The Year.

Frontman Broderick pulls off the new material with effortless style and charm. As a musical comedian, he is pretty untouchable right now with all the charisma and likeability of a star in the making. The way he plucks audience members at random, gleans some details and then improvises raps around their life is nothing short of brilliant. Until you’ve seen a white, Irish guy rap in the style of Dizzee Rascal about financial marketing and portaloos then you ain’t seen nothing, kid!

Veteran Abandoman fans will be pleased that the infectious What’s in your pocket?, where Broderick asks audience members to hold up the most obscure item they have on them then freeflow raps about them with all the flair and wit of any hip-hip superstar, is still in the set but reworked slightly and tailored to fit in with the narrative. It is still as jaw-dropping and hilarious no matter how many times you see it.

The show ends with the Irish folk-style Drinking Song which brings the house down with much clapping and stamping. To manage to get so many of the audience singing along to a song they’ve only just heard is a triumph in itself. Audience members who had helped out during the show are brought back onto the stage for one final bow; a sweet and humble touch that really showed, despite their recent fame, that these are still the same slightly rough around the edges blokes that I first saw in a 70-seater cabaret basement back in 2010.

Witty, feel-good and downright hilarious, this raucous, kooky show is an absolute must-see. Should you need proof that London’s cabaret scene is the most hard-working, diverse and talented in the world, then these guys are it.