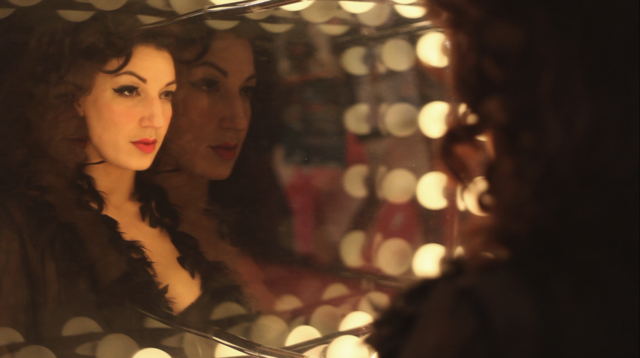 Cabaret as a scene is growing every which way and This Is Cabaret is keeping a keen eye on the producers who are putting on new shows or even new types of shows. Howard Wilmot‘s Burlexe has taken burlesque in a new direction by bringing together award-winning talent like Kiki Kaboom and Luna Rosa with a short story format akin to The Vagina Monologues.

We invited Howard to tell us what made Burlexe tick and how it had achieved its success. Take it away…

For the past year Burlexe has been pushing some buttons, making some noise
and filling out the Shadow Lounge in London with a very different type of burlesque
show.

We are by no means experts in cabaret, and before creating Burlexe we had no
experience in live performance whatsoever. We think that’s overstating our success somewhat, but as we continue to put our best foot forward, we’re always more than happy to share our thoughts for what they’re worth. So here goes…

Work with the very best
The best businesspeople, we are told, don’t do it all themselves, they surround themselves with the best talent they can get. We’ve tried to emulate this – and God knows you wouldn’t want to see me in nipple tassels – but we’ve been very spoilt with Burlexe: from the word go, we’ve been lucky enough to meet and work with the likes of Kiki Kaboom, Fancy Chance and London Academy of Burlesque’s Jo King who all bought into the concept of the show and have gone above and beyond in terms of believing, validating and supporting.

Be different
Everyone always tells us to think outside of the box, but it’s true. There’s so much competition out there so you have to try really hard to make what you do stand out from the crowd. We come from a digital background, which is the ultimate leveller. It’s hard to build engagement in a space where it’s too easy to click away, but being different is vital if you’re going to stand out from the crowd. Burlexe is different: neither traditional burlesque show nor play, it borrows from both to create something (hopefully) unique.

Make it interesting
Building on our “be different” mantra, we’ve tried to make Burlexe interesting. It’s not just another show, it actually says something – it’s about excellence in female entertainment told through the stories of the lives of women in burlesque: the challenges they’ve faced and the magic they’ve created. Whether you like or don’t like what it stands for, it’ll hopefully at least have some impact after you leave…

Everyone’s got an opinion
Everyone will have something to say about what you’re doing, that’s a fact of life. And as a creative, it’s sometimes hard to hear but if you want to make a success of something, you’ve got to take on the good and the bad. But while it’s really important to listen to the feedback, it’s important to junk what you think doesn’t apply. If you play by the rules, you end up with something banal – so sometimes you have to be the egotistical freak that you are. And we’re all egotistical freaks.

And social media rocks
And something practical: what we know from our digital background is that the old rules no longer apply. An advert in a magazine is just one message in a world where we’re bombarded by a million messages every day. It’s too easy to be forgettable and you’ve got to work extra hard to make your messages count, they have a bit more traction in social media, which works on recommendation and interests. What’s so interesting to us is the fact people often tell us what we’re up to!

More information on Burlexe can be found on the official website.