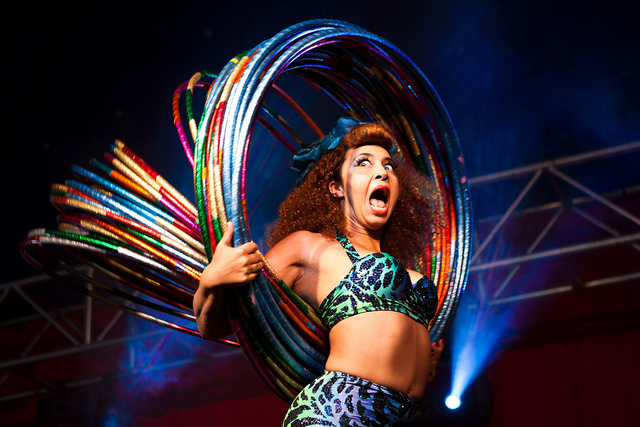 Jim Patterson is planning to raise £12,000 for two children’s charities (Unicef and Scene and Heard) by running twelve marathons in 2012. This should make things clearer:

Next Wednesday at Concrete, Chabaret! will be helping Jim on his way with a night of top cabaret talent including singers Frisky and Mannish and Sarah-Louise Young, burlesquer Ginger Blush, hula-hoopster Marawa and gentleman juggler Mat Ricardo alongside comedians such as Richard Herring and the superb Shirley & Shirley.

If that isn’t enough, there’s a raffle with prizes including Bestival tickets. What more do you want?

Chabaret! will be held on Wednesday 25th April at Concrete on Shoreditch High St in London, Doors open at 7pm and show starts at 8. More information here.

Here’s a taster of what to expect from Sarah-Louise Young as Berni St-Clair.