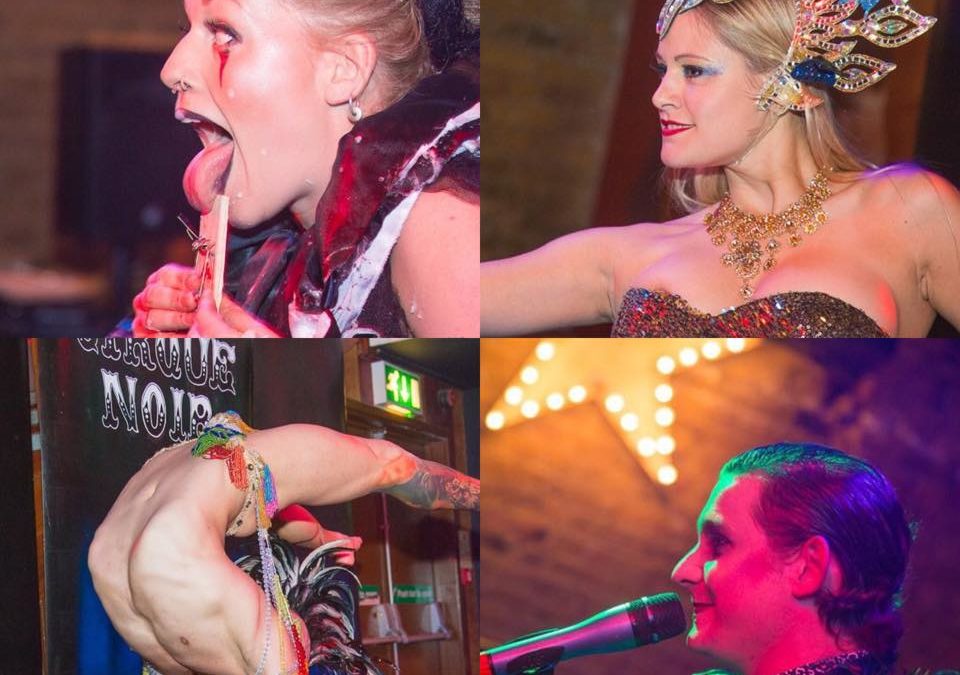 Situated along a stretch of road between Old Street and Shoreditch, the Trapeze Bar is equal parts Digital Roundabout and Magic Roundabout. Here, the booted and suited sit alongside the hirsute hipsters in booths and around tables, all shouting over the incredibly loud music.

New night Cirque Noir is this joint’s new monthly trip to the dark side of cabaret. Music, burlesque, sideshow and circus are all on show here in this cosy supperclub. Host Joe Morose holds this affair together with aplomb, songs and more than a few bawdy gags. His mission statement is simple: “if you leave here not offended, fuck you.” Whether or not offence is taken, it is likely that punters will leave with many a watercooler moment care of Morose and his motley crew of petite ecdysiast Ruby Deshabille, fiery showgirl Hannah Lou and superlative Spanish acrobat Andromeda Circus.

Main man Morose’s apparel of black from top hat to heels gives him the appearance of a gothic Artful Dodger or an emo Sally Bowles out to outrage all and sundry. With the voice of an angel and the mind of a filthy old man, the babyfaced compère is not above adding some earthy humour to songs like Come Together or Creep. A morass of crassness he may be at times but he draws the line between lewd and crude with exquisitely pointed banter and witty ad libs. Heckle this man at your peril. 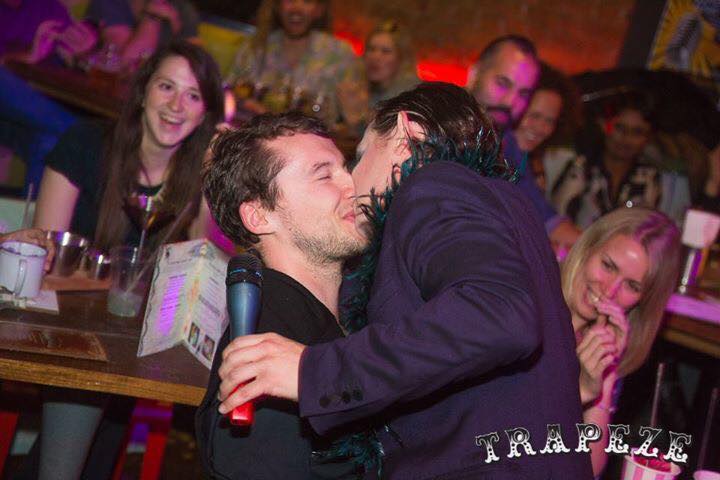 It’s in his kiss: Joe Morose gives one audience member something to remember at Cirque Noir.

It is a small cast but all four members pull double shifts over two halves to bring the punters what they came for. With buttcheeks that could crack coconuts and eyes that search deep within the soul, Ruby Deshabille’s smouldering looks are an asset to her classic routines. Hannah Lou’s sideshow antics are a visceral treat and her costumes and choreography raise them a notch or two above the usual end-of-pier gimmickry. Appearing in a nun’s habit, her kinky take on monastical suffering sees her put out a cigarette on her tongue and pour candlewax over herself before the coup de grâce of stapling items to her breasts and backside. To be sure, these are not uncommon sights in cabaretland but Hannah Lou stylishly embellishes them with a saucy insouciance and a crystal clear non-verbal fuck-you.

And then there’s Andromeda Circus. Oh my. Acrobats tend to be the felines of the vaudeville world: on stage, they usually mutely walk around with a confident swagger before casually sauntering through the air or expertly flipping this way and that. Andromeda may be of their ilk but his approach can be incredibly intense. One act sees him adopt a series of considered yoga poses in a demonstration of poetic athleticism, bending into and out with the speed and purpose of a determined turtle. His second outing is a more bombastic affair: appearing beneath a red Mohican hairpiece and in a white leather harness and jockstrap, he dives straight into some fluent fire-eating before creating flaming illuminations that Blackpool would be jealous of. If you only see one circus act this year, you really should get out more often, but Andromeda Circus’ breathtaking quality and quantity of skills is sure to light up any show he features in.

It is early days for Cirque Noir but its current incarnation lays sturdy foundations for what is to come. This is definitely one to keep an eye on.