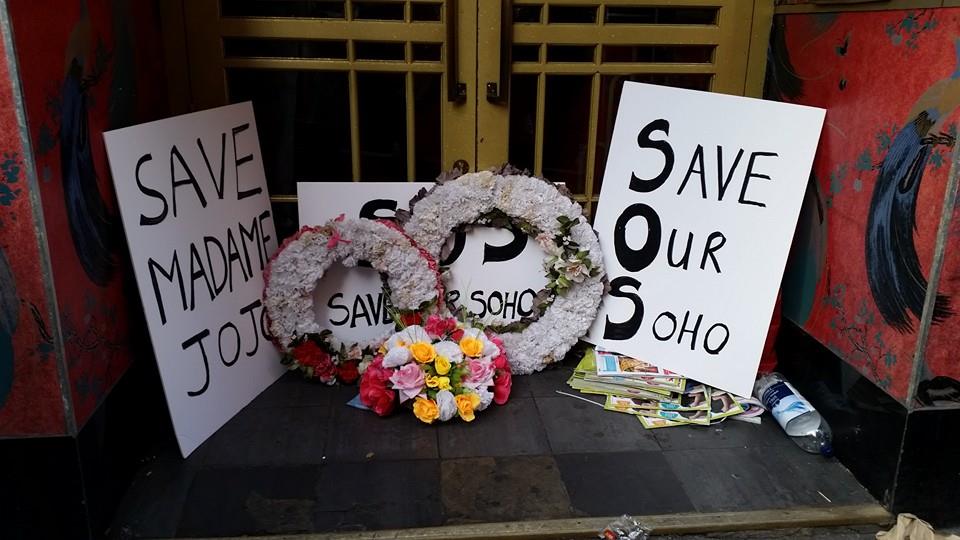 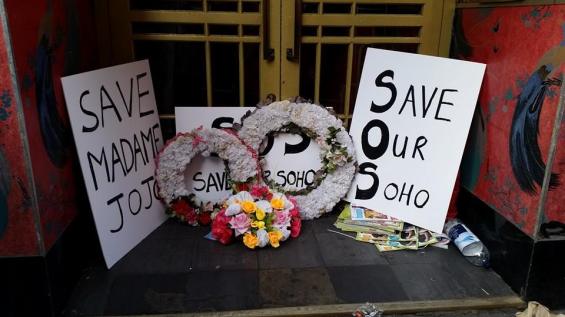 The closure of Madame Jojo’s this month has left something of a hole in Soho. That hole is not just physical – something has been ripped from the fabric of the London cabaret scene. The site will soon become offices, expensive flats and coffee shops. Hurrah – because, if there’s anything that London is dire need of right now, it is more offices, expensive flats and coffee shops.

Many of the current crop of performers have appeared at the Brewer Street venue at one time or another and more than a fair few of those appeared on the march yesterday to pay respects and wave farewell to the grand lady of Brewer Street.

A film by Gaz Twist takes footage from yesterday’s march and merges them with clips from Madame Jojo’s shows featuring (amongst others) Mat Ricardo, The Folly Mixtures and Des O’Connor. Roll VT.