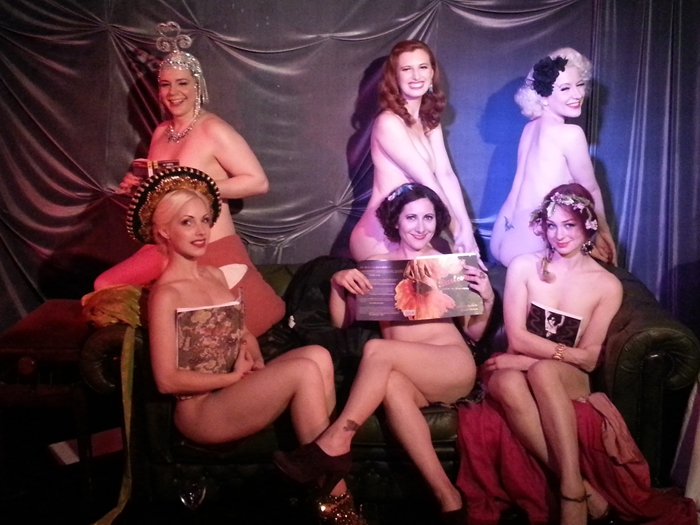 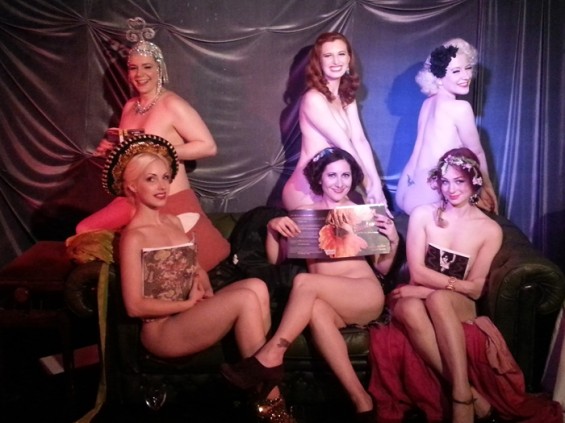 Early last month Dixie Evans, known as “the Marilyn Monroe of burlesque” passed away. She was undoubtably skilled as a performer but she truly made her mark on her artform by helping to create what is now known as the Burlesque Hall of Fame. It acts as both a repository of stripper history as well as handing out what are seen by many as the highest award in the industry: the Reigning Queen of Burlesque.

During her convalescene from a stroke, the idea of an international Dixie Evans Week in late August was fulminated with the intention to help the person some call “the godmother of modern burlesque” pay her medical bills. Her death a few weeks before the festivities added a sombre mode to the proceedings but the mood around the world was still a celebratory one. Many of the women (and men) who owe the prominence of their career to Evans came together to remember the grand dame and raise cash for those she left behind.

Attending a remembrance event for Evans, American performer Dirty Martini asked “what do you wear to the memorial of an 86 year old stripper?” In London, there was a clear answer to that at one event: not very much at all, with the capital’s contributions to Dixie Evans Week culminating in a specially dedicated session of Naked Girls Reading. The event was held at the Volupte Lounge, a cosy and yet decadent intimate supper club off Chancery Lane which, though usually closed on Mondays, opened up its doors for public and showgirls alike to gather in memoriam.

For those who are unfamiliar with the exact format, Naked Girls Reading is the Ronseal of cabaret: nude burlesquers reading on a sofa giving voice to literature and showing that there is more to burlesque than tits and glitz.is a regular event in which burlesque artists have the chance to read extracts from books, documents, poetry and essays. and delivers exactly what it promises:

The ambience is very soft in the candlelight room and the mixed audience is evenly distributed on round tables. Led by the charming and statuesque Sophia St Villiers, a respected burlesque performer from New Zealand who recently helped out Franz Ferdinand on a pop video, she is joined by Banbury Cross, Dolly Rose, Glory Pearl, Josephine Shaker and Vicky Butterfly.

Nudity – and especially female nudity – is too often a cheap commodity in today’s mass media but here in the room, with mobile phones and cameras switched off and put away, there is a palpable connection between audience and performer and an intimacy between them which lends the written material a power most authors can only dream of.

The first half sees a diverse variety of edifying material: a discourse on burlesque Clubs and the laws on nudity from the early fifties until present; an essay on the difference between nakedness and nudity; some witty poetry penned by Glory Pearl and an extract on the art of tassels from Jo “Boobs” Weldon’s The Burlesque Handbook  (a book dedicated to Dixie Evans and Burlesque Hall of Fame co-founder Jennie Lee) and an extract from Blaze Starr’s biography.

The second part of the evening is more pertinent and more personal yet none the poorer for it as the Girls read through an interview with Dixie Evans by Weldon. The interchange happened about six years ago but there was a sense of seance here as if Evans was speaking through those clotheless performers who had gathered here to celebrate and commemorate her. It was a truly emotional moment which will linger in the memory.

Please note : it is not too late to donate towards Dixie Evan’s medical costs.

Could there have been more Dixie-specific material? For sure but, overall, the evening was intelligently conducted and the format definitely shows that in the vulnerability of the nakedness lies the power of a collective intelligence and community .