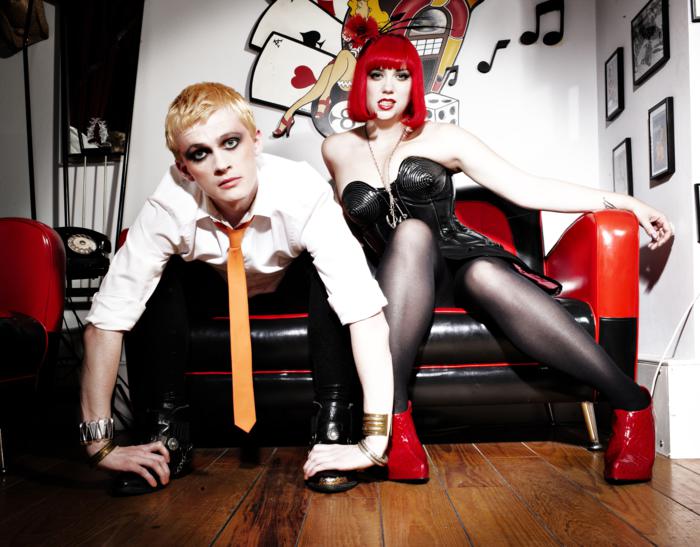 Spectacular song-twisters Frisky and Mannish are no strangers to the cabaret circuit but even hardened veterans of the Edinburgh Fringe need advice occasionally. Apart from Catholic priests, those who have children look away now. 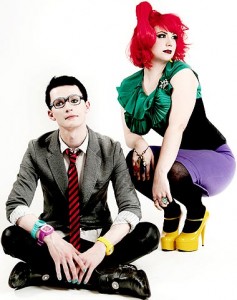 So, we’re currently performing in a giant upside-down purple cow, with games and face-painting available on the astroturf outside. Unsurprisingly, it is riddled with children. Some of them are even persuading their parents that they should be accompanying them into our shows, despite the post-watershed start-time.

I don’t think our brief appearance on Dick and Dom is helping things.

How do we deal with this?!

Performing in a giant upside-down purple cow? Are times that hard? Have a word with me on the side, I might be able to sort you out with a few gigs in some questionable gay bars in Zone 6. But let’s address this child problem of yours.

First things first: you can’t call Rentokil. A pity, I know, but I’m not the one making the rules.

As it turns out, I’ve just spent the past bank holiday weekend ankle-deep in mud with the likes of Dusty Limits and Ophelia Bitz doing a show in a tent. We had a similar child problem. They were everywhere! Lurking behind tent flaps, crouching behind parents, doing anything they could to get a peek at the show. This resulted in the “Production Crew” running in circles flapping clipboards, trying to remove the children whilst issuing those of us performing with rules on what we were and were not allowed to talk about. Based on this experience my advice is this:

Don’t alter a thing. Just carry on with the act. Treat the children as you would any other audience members because do you know what? Kids aren’t that bad. They’ve heard swearing before, they know they aren’t allowed to do it and if a parent has chosen to bring their child to your gig (and the venue staff have allowed them to stay) it isn’t your fault. Who knows, maybe they’re liberal parents? My mother was extremely liberal with me, and look how I turned out. She ignored the advice of medical professionals and drank throughout her pregnancy into breastfeeding, which is why I think I’m so fond of Baileys. I grew up in pubs and was allowed to stay up until all hours, perched at the bar chatting away to locals like no-one’s business. Kids need exposure to adult life early on to develop a backbone, otherwise they grow into vegans that buy organic veg, vote for the Green Party and name their children after emotions.

In short, it’s not your place to decide what other people’s children can and can’t watch. If a parent has decided their children can watch your show, then they can answer all the child’s questions in the car journey home. Reap what you sow, parents.

Are you a cabaret performer with an itch to scratch? If that ointment from the doctor hasn’t worked, please drop an email to Myra with details of your problem via info@thisiscabaret.com

Myra will be heading to Edinburgh Fringe this year and is holding a fundraiser on 6 June with a line-up including Scott Capurro, Jayde Adams, Audacity Chutzpah, Fancy Chance, Dusty Limits and many more. More information here.

As suggested above, one can see Frisky and Mannish at the Udderbelly. Details on shows can be found here.