Milo Miles: Here to Entertain You 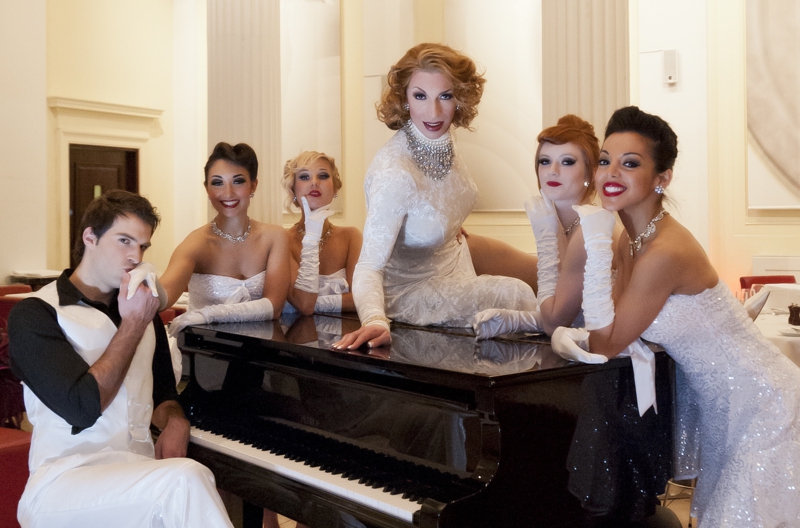 Which five words would you use to describe Elysium?

Why such a short run?

The four-night launch is a test to see how it flies with the public. If it’s a success, we will be looking at developing the show into a regular event.

What do you make of the current cabaret resurgence in Europe and America?

It hasn’t happened quite like it was between the 1930s and 1960s, when rooms like the Coconut Grove and the Stork Club existed. Currently, London is pushing the boundaries of cabaret and seems to be leading the way.

Which London shows have caught your eye recently?

I see all that I can in theatres, clubs, pubs and many other interesting venues that are now being “converted” for cabaret. However, producing shows takes up most of one’s time. The last cabaret show I saw was in a small theatre in North London. I have to say, we’re the ones to watch now.

Owned by Harvey Nichols, Prism Brasserie is quite an upmarket venue. Has its status constrained your choice of performers?

No. Harvey Nichols has given us carte blanche. I myself am hosting the show in drag, but in a style of drag that London hasn’t seen in many years. We decided that the show needs to reflect the room and its clientele, so you will only find appropriate acts for the concept.

Elysium is the first show of its kind, back in London after many years. We have a fixed company of eight singer-dancers and a pianist. We’re very excited to have magician Richard Leigh on board as a performer and advisor.

Magicians Dee Riley and Oliver Meech will perform at our launch. Once we go into an extended run, we will be booking different guest acts each week. We’ll also have Burlesque Idol winner Jolie Papillon. And what sort of host would I be if I didn’t include myself as one to look out for?

Did the layout of the performance space or the venue’s background inspire the show in any way?

The show will reflect Prism, which occupies the sensational former Bank of New York building, oozing the glamour and power of the 1920s financial world. We pride ourselves on designing shows tailored to each venue. This time around I wanted to design a show inspired by the heyday of cabaret between the 30s and 60s, with a few contemporary numbers thrown in just to mix things up a little.

What does the ticket include?

Elysium has two ticket prices: show-only and show accompanied by a superb three-course dinner, which will be taking place during the show. Harvey Nichols’s Prism prides itself on a silver service dining experience. Whether you decide to have dinner or just sit for cocktails, you will not find a noisy overcrowded venue. Speaking of cocktails, Mirela, the cocktail genius at Prism, has created a new champagne cocktail called Shimmer & Sparkle, specifically for Elysium.

How much audience interaction can we expect from the host or the acts?

I wanted to create an evening in which guests could either engage with or also retreat into their own private dining worlds. The show is designed to be non-intrusive, without blasting our patron’s eardrums, as I’ve had that unfortunate experience in so many venues.

Obviously, those tables closest to the floorshow will be the most involved. Audience interaction, yes. Participation…very limited. We are offering escapism, and much of our clientele would prefer to sit and be entertained rather than getting up and participating. Ultimately, we are here to entertain you.

How long is the show?

It runs uninterruptedly from 19:15, with our wonderful pianist James Cleeve to warm you up through cocktails. At 20:00 we kick off with a full-cast production number, and ten minutes later I will be welcoming our guests to Elysium. The show then runs until approximately 22:45. If a guest leaves for a period of time for any reason, they will miss part of the show. This just may entice them to return in the near future and see what they have missed.

What are you looking for in your performers?

My cast sings, dances and has a few surprises for future shows. Half of us have worked together before and the other half are newcomers to the London scene. I look for talent, versatility, personality and performers that can work as a team. Our rehearsals are filled with laughter, and it’s the highlight of my day when I see my cast. That shows in performance.

Elysium opens at Prism on Wednesday, July 11th (preview night) at 20:00, with dinner and show from July 12th to 14th. Tickets for the initial run cost £17-64. See www.harveynichols.com/prism-london for more details.

Photos courtesy of the interviewee.