All Male, All Vaudeville, All Trash: All Hail The Second Coming Of Briefs 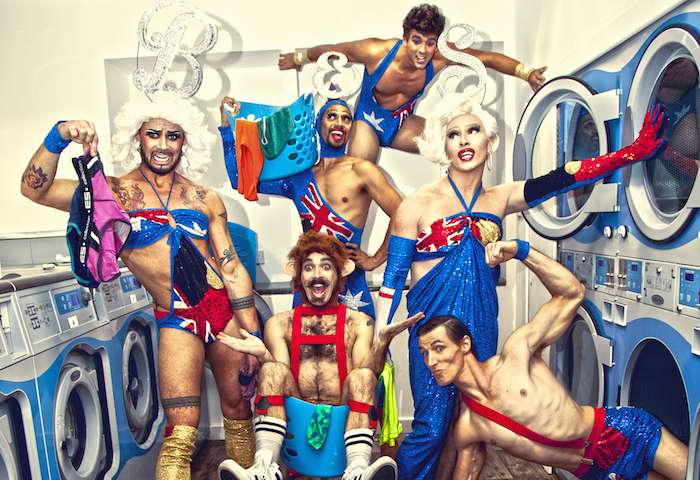 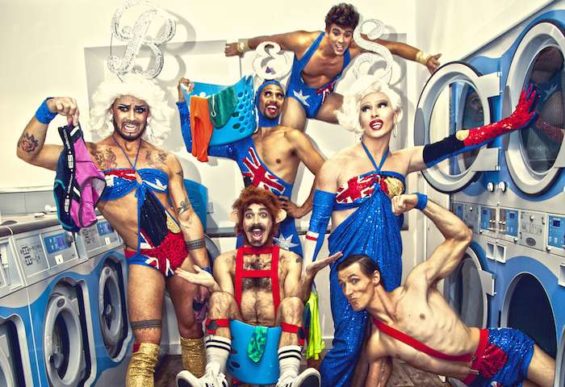 Briefs‘ reckons itself as “Rupaul’s Drag Race meets Cirque du Soleil” but I disagree. Whilst Briefs does display fierce trannies and acrobats, what they offer is something completely different. A performance troupe that dance around the borders of burlesque, circus and cabaret, Briefs’ theatricality is starkly different from that employed by Cirque. The latter offers the audience an otherworldly experience through meticulous routines and designs; the boys from Briefs have a similar grace and power, but their acts are all over the place – at times comedic, at times incredibly stylish, some other time utterly trashy (in a good way).

Moreover, I was pleasantly surprised to see the excellent use by the guys of aerial hoop, swings and hula hoops, domains largely dominated by female artistes. Combining the delicacy required for the acts and a stronger energy derived from a different physique, the boys charmed me with their powerful flips, swirls and turns. Contrary to Cirque’s sophisticated approach, Briefs is truly a thunder from down under, offering a performance that is earthy, powerful and diverse.

With three queens (Fez Fanaana, Captain Kidd and Dallas Dellaforce), two hot macho guys and the clown/burlesquer known as The Evil Hate Monkey, Briefs has all the fierceness, sass and comedy of Rupaul’s Drag Race but ventures further into the alternative drag scene. None of the trannies are here to just be “fishy”–they are fierce, but also unafraid of looking like a hot mess or a complete joke.

Starting the show with a sophisticated ensemble act involving a wind machine, a chair dance and hula hoop maneuvering, the show slowly descends into mania. Its split personality of grace and madness is best represented by an act in which Dallas Dellaforce as a Monroe wannabe (dressed head to toe in pink, with giant balloons for boobs) unleashes her good and evil personas, swearing at and sweet talking the audience in turn.

The one thing that truly distinguishes Briefs is its unforgiving brand of humour. Rather than easing you into their crude, trashy world, the boys barge their way into your comfort zone with a plethora of phallic displays, outrageous fashion choices, and suggestive visual metaphors. They draw the audience into their world by involving them into every act, throwing all sorts of things their way from cheeky winks, bananas, splashes of water to something we’re not sure R Kelly would be proud of inspiring.

Their brand of humour is best exemplified by the “doggy show” act, where three dog owners dressed in styles of high fashion, street and 80s rave gear enter their pets into ever more exciting displays of hoop jumping. Emotions run high and, thanks to some scatological humour, there are far more than tears before bedtime.

The live spectacle that is Briefs will have you at the edge of your seat throughout the show, either drawn to the boys’ performance or in fear and anticipation of being targeted in their acts. The amazing thing with Briefs is that it does not ask you to respond with instant love and appreciation. Rather, they tear your expectation apart, and their eccentricity will slowly grow on you (or, quite possibly, drive you away in a traumatized state).