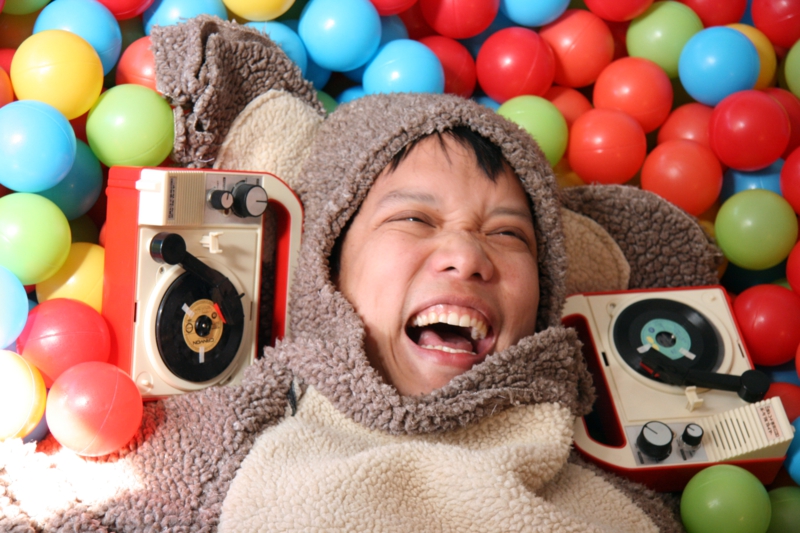 While he may not be a household name, there’s a very good chance you will have heard the scratch DJ’s work. Signed to famed London label Ninja Tune, he has been pumping out mixtapes and albums since the mid-1990s. Along the way, he has contributed to a number of bands including Damon Albarn’s side projects Gorillaz and alternative hip hop supergroup Deltron 3030 as well as  Handsome Boy Modeling School. Live, you may have seen him opening for the likes of Radiohead, Björk and DJ Shadow.

In October, he’ll be landing at the Islington Academy as part of his Vinyl Vaudeville Tour. He will be sharing the stage with an array of performers including singing puppets, near-life size robots and dancing girls. The audience will see a giant cardboard working turntable being assembled on stage and can win prizes by playing bingo or “the funky roulette wheel of awesomeness”.

Franco Milazzo spoke to Kid Koala about vaudeville, dealing with Canadian winters and what sounds like a crazy cabaret cornucopia of a show. 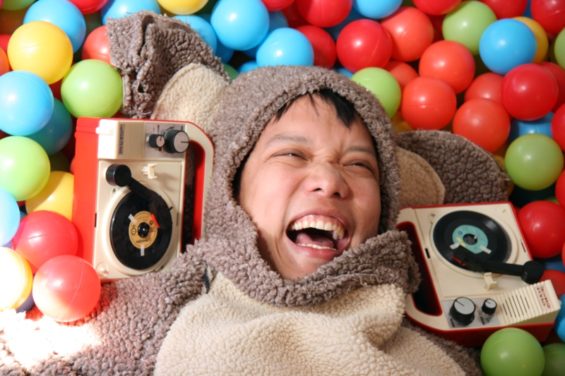 “My life is quite vaudevillian by nature.” Kid Koala will be at the Islington Academy on October 11th.

I love the inspired combination of robots, puppets and dancing girls. Are they going to be on stage together throughout the show?

I tried to design the most dynamic travelling show I could for this album. Yes, there will be puppets and dancing girls and robots involved but not necessarily at the same time. The show is kind of divided up into mini one-song acts but they all kind of work together over the course of the evening.

What does vaudeville mean to you?

I always thought of vaudeville as a continuous variety show that was full of surprises. It was a rather short attention span format for a show that could combine music, dance, film, comedy, acrobats etc.

My life is quite vaudevillian by nature. I travel a lot so I try to tune in wherever I go. I’m inspired by most everything from silly things that happen with my kids to recording in the studio or even when eavesdropping on romantic dinner conversations of strangers at the table next to mine. There are entertaining stories everywhere.

Which type of vaudeville grabs your attention the most? Who do you rate in that field?

I like any type of show that tries to push it’s own boundaries. It doesn’t need to be high tech and expensive, it just needs to take you on a surprising trip of sorts. I love Slava’s Snowshow and how it made people smile no matter how old/young they were.

What’s behind the title of your new album 12 Bit Blues?

I used 12 bit samplers such as SP1200s and Studio 440s and turntables to make this album. It’s pretty antiquated technology by today’s standards but there are ghosts in those machines.

What can you tell us about your special guests Adira Amram and the Experience?

Adira Amram is one of my favourite entertainers. She is a New York based singer/comedian who’s absolutely fearless.  I’ve seen her win over crowds in less than two songs with sheer charisma. She’s lightning fast, razor sharp and one of the world’s true entertainers. I’m happy to be working with her and her dancers on this tour.

Her dancers Jesse and Maresa are amazing choreographers and are absolutely fierce on stage. They will be joining me during my set but make sure you get to the gig early. Adira and co. will be kicking off the night with a set of their own that will set this whole circus off proper!

How important is humour in your work?

Ah yes, I’m from Canada and laughing is fundamental in my country. It’s one of the only ways to deal with the relentless winters. My records are organized by musical section and key. ie. woodwinds, brass, strings A#, F# etc. I also have several spoken word and educational records and that section is divided into gender and age. I actually have a section of records that’s just old ladies talking for instance.

The turntable is a bit of a chameleon of an instrument. So depending on what project I’m working on I’ll play in that method. My first three albums were definitely comedic in nature. Inspired by the Muppet Show, Cheech and Chong, and Monty Python albums that I grew up listening to. Their albums were like vaudeville shows on wax. They could jump from ballads sung by frogs to Pigs in Space to songs about Spam to skits about parrots and it would all make sense in the context of that universe! I loved that. It was like the ultimate license to ill and every episode was a new treat.

For a project like (graphic novel and soundtrack) Space Cadet I wrote a somewhat melancholy story and a quite somber soundtrack. I’ve been told on several occasions that the music has made people cry and that after reading the book they are compelled to call their parents. I like that the turntables can go to those places as well.

What I like about the blues is that it can be happy and sad at the same time. It’s one of those musics that does that very well. It can tackle all the heavier places in the heart and still give you a release through it’s beat.

As a major fan of the first album, I have to ask: when is the second Deltron 3030 album out? The first album came out in 2000 and it seems forever since we heard anything definite about the follow-up.

We were in LA last week doing the final mastering session of the album. We’ve begun touring the new material in North America as well. We plan to have singles out in September with the album release shortly after that. We are just finalizing everything with the label/distributor now.