Are These The Ten Maddest Women Ever? 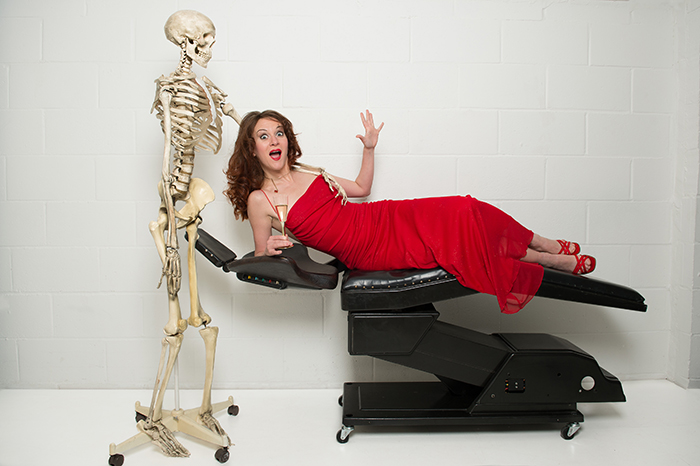 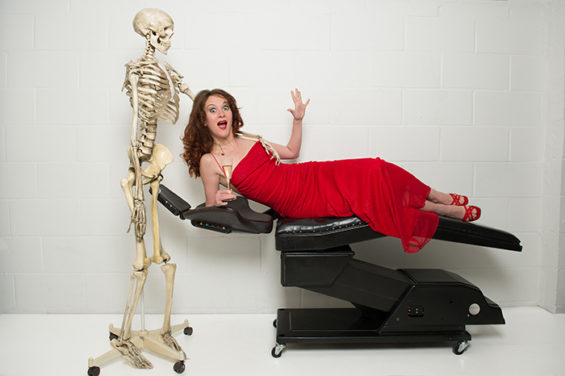 This Sunday, Monica Salvi will be exploring the feminine side of insanity in her one-woman show at The Actors’ Church in Covent Garden.

Set in an imaginary mental asylum, Salvi’s Mad Women In My Attic! is a collection of showtunes, cabaret and humorous songs which celebrate the quirky and mentally unstable women in music and theatre. Her musical group therapy incorporates the works of Stephen Sondheim, Kurt Weill, Kander & Ebb, Maury Yeston, Tom Lehrer, Heisler & Goldrich and all those other auteurs who realized that the figure of a madwoman can inspire the greatest songs.

Tickets are not available at the door but can be bought online through www.madwoman.eventsbot.com.

Here she lists her top ten candidates for the maddest women in history and fiction.

My favourite madwoman of fiction! Her flamboyancy, mannerism and dedication to her delusional fantasy world touched my heart when I was still in my teens, first with the movie, then the musical Sunset Boulevard. A woman who lives in her own past, unable to cope with the fact that the world including the movie business has changed around her. Once a great star of the silent era, she finds herself outdated and forgotten for having been unable to make a transition into talking pictures. Whether portrayed by the wonderful Gloria Swanson in the movie, or by larger-than-life performers in Lloyd Webber’s musical version such as Glenn Close, Betty Buckley or Patti Lupone, her eyes are always the true mirror of insanity.

Aka “The mad woman in the attic”, this fascinating character appears in Charlotte Bronte’s Jane Eyre. Other than being the first wife of Mr. Rochester, all we know about her from that book is that she was locked up in an attic after only a few years of marriage, due to her violent and insane fits. There is very little explanation about her story from Bronte, but after portraying her, in the musical version of Jane Eyre, I was curious to discover more. I found that a whole prequel book, Jean Rhys’ Wide Sargasso Sea, had been written about her former life as a young and passionate maiden living in the Caribbean colonies. Apparently, it was marriage that drove her insane!

Despite spending much of her life inside asylums, the beloved author still managed to turn her own mental illness into creativity. She often described her euphoric and depressive episodes in her novels, in which most of her characters were an extension of herself.

My very favourite historical mad woman, she was admitted into a mental hospital when she was only 19. Here she was a patient of Carl Jung; the two went on to develop a very deep emotional relationship (some rumours also stated they were lovers). After being released, she enrolled as a student of medicine while continuing her correspondence with Jung. The psychotherapist became Spielrein’s dissertation advisor and she went on to become one of the first female psychoanalysts. Her life and their relationship are portrayed very beautifully in the movie The Soul Keeper.

This is another historical character I had the pleasure to portray in a musical. Gibson was an Irish born and a devoted Catholic who, one night while in prayer, made an oath to God that she would take it upon herself to get the world rid of one of its worst dictators, Benito Mussolini. On a fateful morning, in Rome, this apparently meek lady waited for him to come out to salute the crowds, and as he did, she shot him with a gun. Unfortunately her aim wasn’t as strong as her faith, and she only hit his nose. Immediately arrested, she was deported to England and confined in a mental asylum for the rest of her life.

Madness accompanied by an incredibly lucid mind… at least until a sense of guilt takes over and she loses it completely. One of Shakespeare’s most sought-after female roles portrays an ambitious woman who drives her husband onto greater heights albeit at a tragic cost.

Another wonderfully mad Shakespearian madwoman, though of a much meeker type. She goes mad for love but as I point out in my show during the song Apathetic Man, “one thing that can drive a woman completely mad, is to date a man who doesn’t seem to notice her”.

Maybe she was never diagnosed as having a mental illness, but her mental health deteriorated to a point where she was often going from bouts of aggression and rage, to episodes of manic depression and suicidal attempts. Apparently during the 1950s she became delusional, thinking that cars were made from the body of the tin man and once went to Africa in search for the cowardly lion. We still love her though!

Another role I have portrayed on stage, Johanna is the daughter of demon barber Sweeney Todd. She is forced by her stepfather Judge Turpin to spend most of her life locked up in her room until he decides to send her to Bedlam as part of a ruse to prevent her from seeing her beau Anthony. Was Johanna truly mad or not? Well, considering her genetic heritage (her father a serial killer, her mother a crazy beggar woman), her hobby of spending the days talking to the birds, her upbringing by a sociopathic and lusty stepfather as sole company, I’d be very surprised if the poor girl had one single sane cell in her brain!

The maddest of them all! What beautiful sexy woman would decide to transform herself into an old haggard full of wrinkles? It baffles me every time.

Tickets are £11. They will not be available on the door and can only be bought online here.

Parts of this article were originally published in April 2014.